Having to rescue an entire company from financial ruin is a tall order for any car, and it's no wonder that the Rover CityRover failed to do the business for MG Rover. What's more, even taking into account the fact that the car was faced with a near-enough impossible task, it missed the mark by a long, long way.

It's not that surprising that the CityRover had so many limitations. After all, it was a Tata Indica (a supermini from India) that was re-badged and flogged as the saviour of the British car industry.

Granted, it had lots of interior space, it was quite brisk for a city car and it was one of the most practical cars in the class. However, it still managed to be uncomfortable, it was cheaply made with poor materials and the drive was woeful. Refinement was terrible and the ride was even worse. 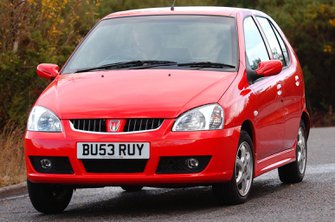