Estates aren't always as versatile as they should be, because the big boot was thrown on as an afterthought. The Saab 9-5 estate is an exception. It's one of the few that provides a proper load area, and, as such, it's more than just a 'lifestyle' load-carrier.

The cabin is roomy, comfortable and well built, too. However, it can't match its German rivals for quality or class.

True, it isn't as sharp to drive as the equivalent BMW or Mercedes, but that doesn't stop it being very capable in its own right. The handling is perfectly acceptable, the ride is terrific and refinement is up there with the best in the class.

Its biggest strength, though, is value for money. The 9-5 is a good deal cheaper to buy than its German competition, and it won't cost the earth to run. 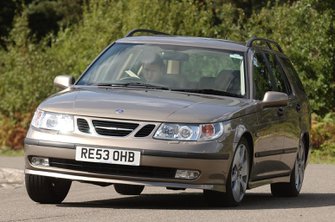