The Seat Arosa is an intriguing mix of abilities and limitations. On the plus side, it has all the style, image and quality of its VW Lupo half-brother, but costs slightly less to buy. It's also cheap to run and cheap to insure.

The best thing, though, is that it's exceedingly refined for a city car, with wind and road noise kept well in check. The engines are pretty hushed, too, and all versions are quite well equipped.

On the downside, the ride is too choppy when you're travelling at motorway speeds. Also, kneeroom in the back is cramped, and as one of the more expensive city cars, the Arosa should have been better in this respect. It's no worse than other city cars, but it's no better, either.

It should be more fun to drive, too. Don't get us wrong, it isn't bad, but it's nowhere near as entertaining as a Ford Ka, for example. 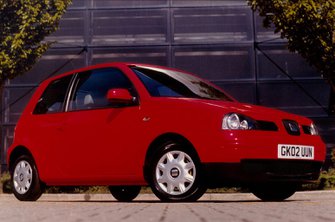