The Tarraco’s engine line-up kicks off with a 1.5-litre turbocharged petrol engine with 148bhp – badged 1.5 TSI 150. It's our pick of the range and great most of the time, feeling more than sufficient around town and when tackling longer jaunts along motorways. 0-62mph takes 9.9sec for the six-speed manual (9.5sec if you opt for the dual-clutch automatic ’box), which is roughly the same as the Kia Sorento Hybrid and Peugeot 5008 1.2 Puretech 130, and it only labours a little if the car's completely rammed to the rafters with people and luggage.

If you think you might need a bit more lugging ability – for a regularly brimmed car or to tow with – the 2.0-litre diesels are still a good shout. There's a choice of two. The 148bhp 2.0 TDI 150 isn't quite as quick as our favourite petrol flat out (0-62mph take 10.2sec) but it has more welly in the mid-range for pulling heavy loads more easily.

We haven't tried the 197bhp 2.0 TDI 200 yet but it's claimed to hit 62mph in 7.8sec, making it the quickest in the range. Standard four-wheel drive will help it put down its power well in the wet, too.

The Tarraco has a firmer suspension set-up and has a sportier feel than some  rivals, including its cousin the Skoda Kodiaq, but, as long as you stick to our favourite SE trim with 17in alloy wheels (or go no bigger than 18in wheels), you’ll find the suspension still absorbs most surface imperfections pretty well.

It'll smooth out drain covers and motorway expansion joints easily, with just sharper potholes and the like making it judder. Once you get to the bigger wheels, say 19in and upwards, you'll feel more of the imperfections more of the time.

Even so, even bigger-wheeled versions aren't cruel in the way they deal with most ruts, and all Tarracos generally feel settled over undulations on country roads. Drive the ultra-soft Citroën C5 Aircross and, by comparison, you'll be swaying in your seat rather more. 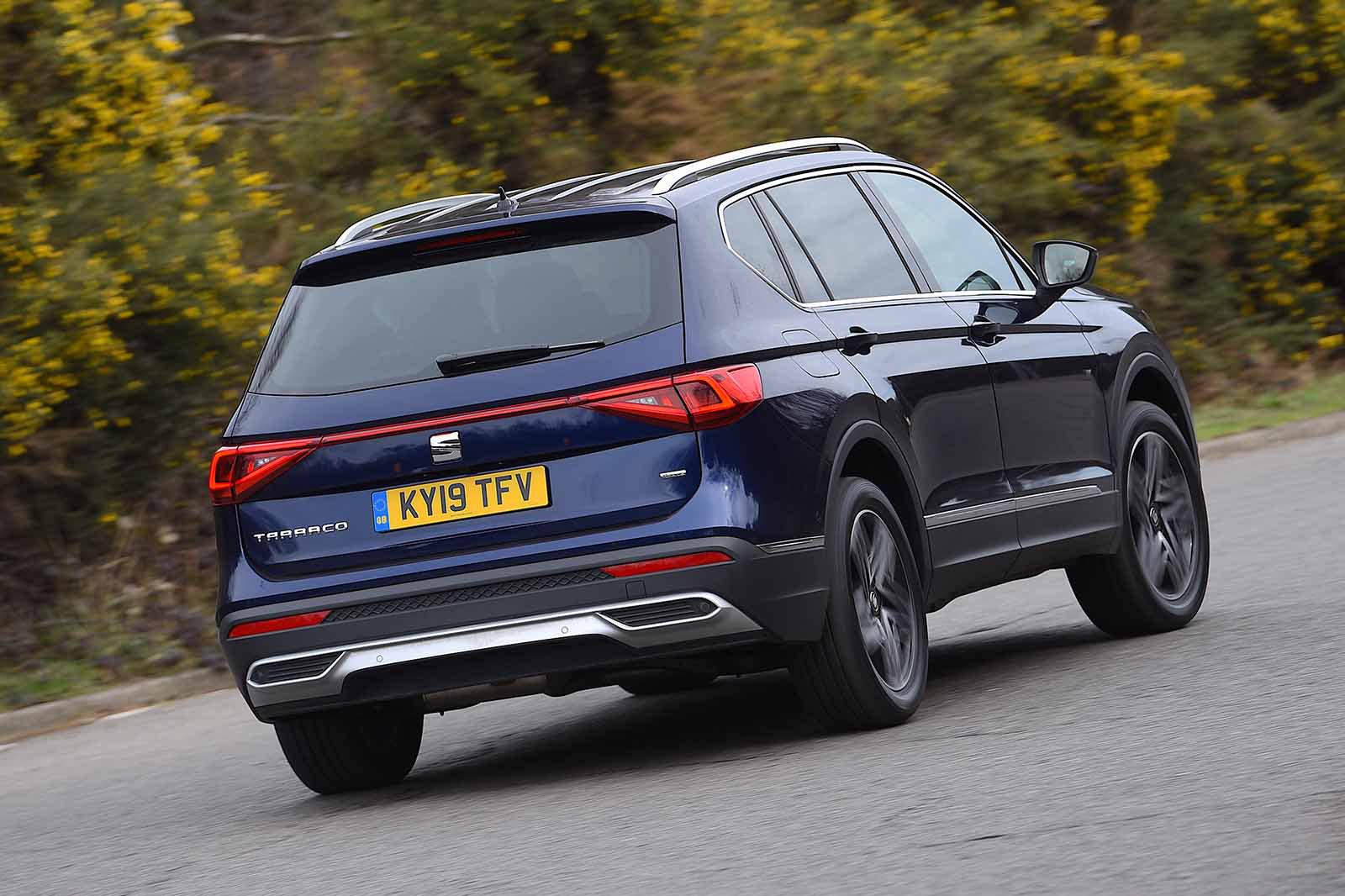 It's also a doddle to steer through traffic as well as being easy to place accurately in sweeping corners thanks to light, precise steering that weights up reassuringly as you pick up the pace.

Both the Mazda CX-5 and Volkswagen Tiguan Allspace are fine alternatives if tidy handling is your thing.

All of the Tarraco’s engines are pleasantly muted, especially compared with those in the Honda CR-V and Nissan X-Trail, and even, for that matter, some of the engines in the Land Rover Discovery Sport. You still find the 1.5 TSI 150 petrol quieter than the 2.0 TDI diesels, though.

At speed there’s very little wind or road noise audible on the inside, making for comfortable motorway travel. The six-speed manual gearbox has a slick gearchange but a numb clutch pedal that's a little hard to predict. The seven-speed auto is slick through its gears but can be a bit abrupt when you're edging delicately into a parking space.