Both the steering wheel and driver's seat have height adjustment as standard, enabling a driving position that's decent – but not perfect. That's due to a hard, flat driver's seat and an absence of steering wheel reach adjustment: the latter also being true of its rivals, including the Volkswagen e-Up, Seat Mii Electric and Skoda Citigo e iV.

You sit quite high in the ForTwo EQ, giving you a good view forwards, but its thick rear pillars obstruct over-the-shoulder visibility (this is worse in the Cabrio when the roof is up), which can be a problem when reversing or pulling out of Y-junctions. Entry-level Passion Advanced trim comes with rear parking sensors, and if you upgrade to mid-level Pulse Premium you get a rear-view camera as well.

The interior is solidly constructed, with an attractive array of glossy plastics set against a fabric dash. That said, you cannot ignore a plethora of cheaper plastics dotted around and the slightly low-rent, Renault-derived switches dotted about.

Speaking of the French brand, Smart's inbuilt 7.0in Media touchscreen is also a Renault unit. Navigation is included, as is a DAB radio, Bluetooth and Android Auto smartphone mirroring. If you have an Android phone, this lets you bypass the Renault software and use your phone’s functions instead, such as internet radio, Waze or Google Maps. That's a bonus, because the Renault software is clunky and slow, and the sat-nav graphics' rendered crudely. Apple CarPlay, which does the same trick for iPhones, will be added later on so check with your dealer.

An app is available for your smartphone that lets you check remotely on a number of features, such as the car's location and how much charge it has. 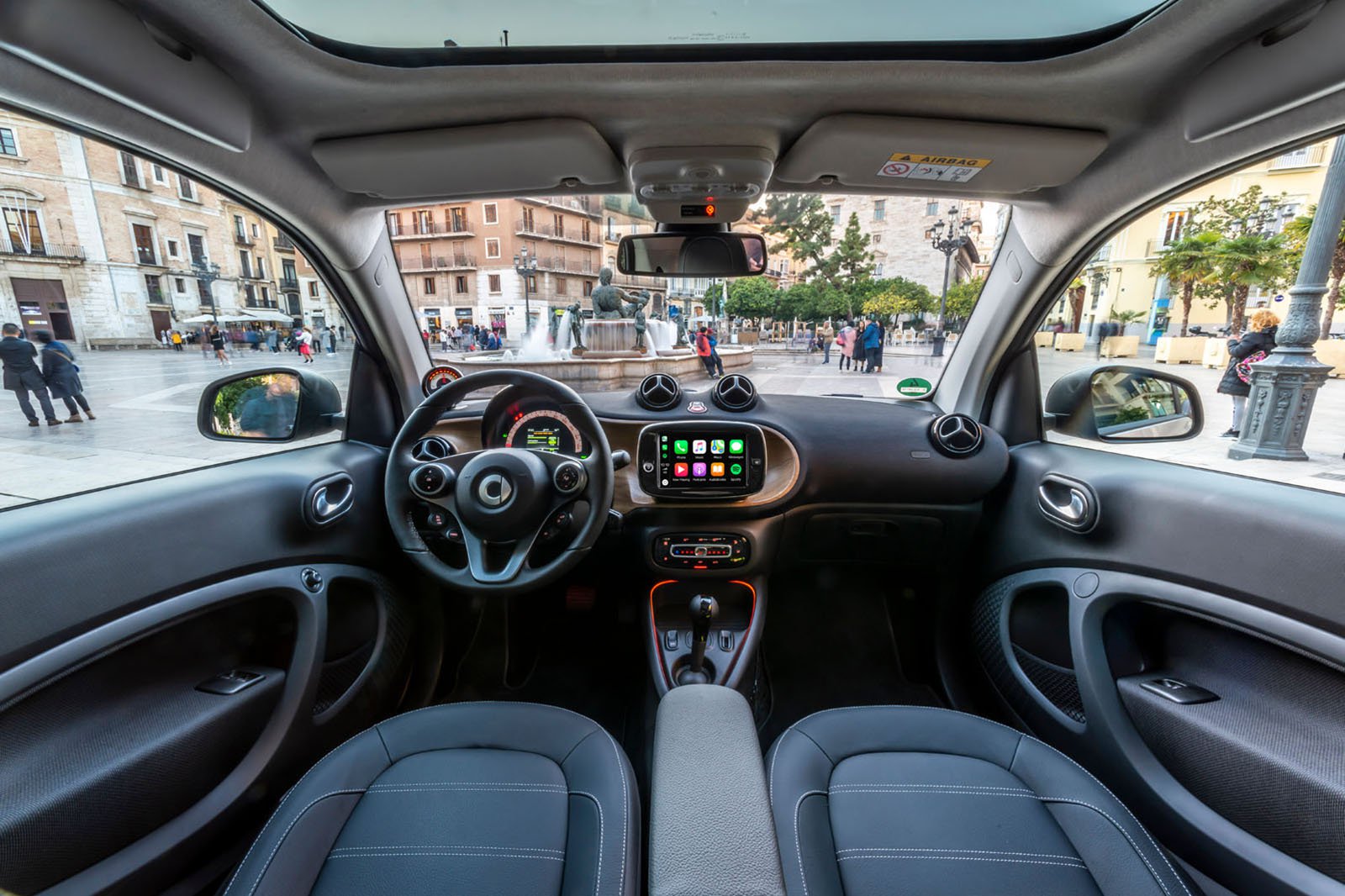