What used Suzuki Ignis hatchback will I get for my budget?

How much does it cost to run a Suzuki Ignis hatchback?

Used Ignis prices are pretty cheap, but there are plenty of other, much better cars out there of a similar age for similar money.

Running costs are a bit higher than those of most competitors, too. The 1.3-litre engine gives the best fuel economy, but even that's only 43.5mpg on average, which isn't spectacular for the class. The 1.5 will give you 40.9mpg, dropping to 39.2mpg with the automatic gearbox.

Whichever engine you choose, you'll pay a similar insurance premium. Both the 1.3 and 1.5 engines are classified in group 4 which, again, isn't spectacular for the class.

Servicing costs are steep, too. The early cars needed routine maintenance every 6000 miles, while the newer ones can go for 9000 miles between overhauls. This is more frequent than the average supermini, so even if you find a garage that charges rock-bottom labour rates, the sheer number of visits to the workshop will prove expensive. 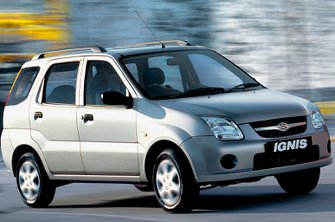