The Avensis Verso may have seven seats, but it's closer in size to compact MPVs than fully-fledged people carriers. As a result, the rear two seats are only really suited to children.

What's more, the Avensis isn't ultimately as flexible as some of its rivals because the rear seats don't fold flat into the floor when they're not needed. However, they are reasonably light to lift out and, even with all seven seats in place, you get a usable luggage space. The three seats in the centre row slide and recline individually, too.

Where the car claws back some of that lost ground is that its firm suspension means the Avensis Verso avoids much of the sloppiness traditionally associated with MPVs on the road, even if it does lean more than an Avensis saloon through bends. The trade-off for this control is a firm ride that allows coarse surfaces to be felt in the cabin.

Road noise can also become intrusive as your speed rises and there's a lot of wind roar from around the front pillars when cruising on the motorway. 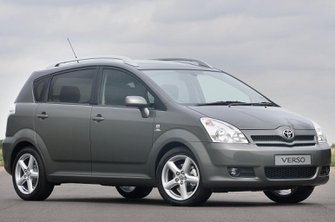