The Toyota Aygo is relatively cheap to buy, very cheap to insure and has enough style to appeal to the iPod generation.

The Aygo drives and handles reasonably well, as long as you don't push it too hard when cornering. The ride is firm, but it shouldn't upset occupants too much.

Toyota's tiny Aygo is definitely at its best in the city, where its compact dimensions and perky engines make it ideal for zipping through crowded streets. However, replacing city streets with faster A roads and motorways will see a significant drop in refinement.

It isn't the most practical car, either. The boot is minuscule and awkward to load, and the rear seats are short on both head- and legroom. 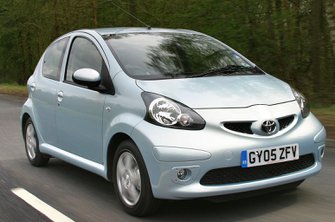