What should I look for in a used Toyota Prius+ MPV?

The Prius + is the doyen of the mini-cab trade so will need checking inside and out for sign of undue wear. Look for signs of mistreated bodywork such as mismatched paintwork, cracked bumpers and damaged wheels, while on the inside make sure the seats and carpets are in good condition. It’s also worth bearing in mind that Toyota changed its warranty structure during the lifetime of the third-generation Prius and Prius+. In 2010, the standard warranty increased to five years and battery cover to eight years and 100,000 miles. Then, in April 2014, Toyota switched it again to give the battery the same five-year, 100,000-mile cover as the rest of the car.

Among the recalls affecting this generation of Prius+ was one for cars built until February 2014 to adjust the hybrid system to avoid the risk of it cutting out. Toyota’s online recall checker makes it easy to see whether any work might be due on a particular car – all you need is its registration number. 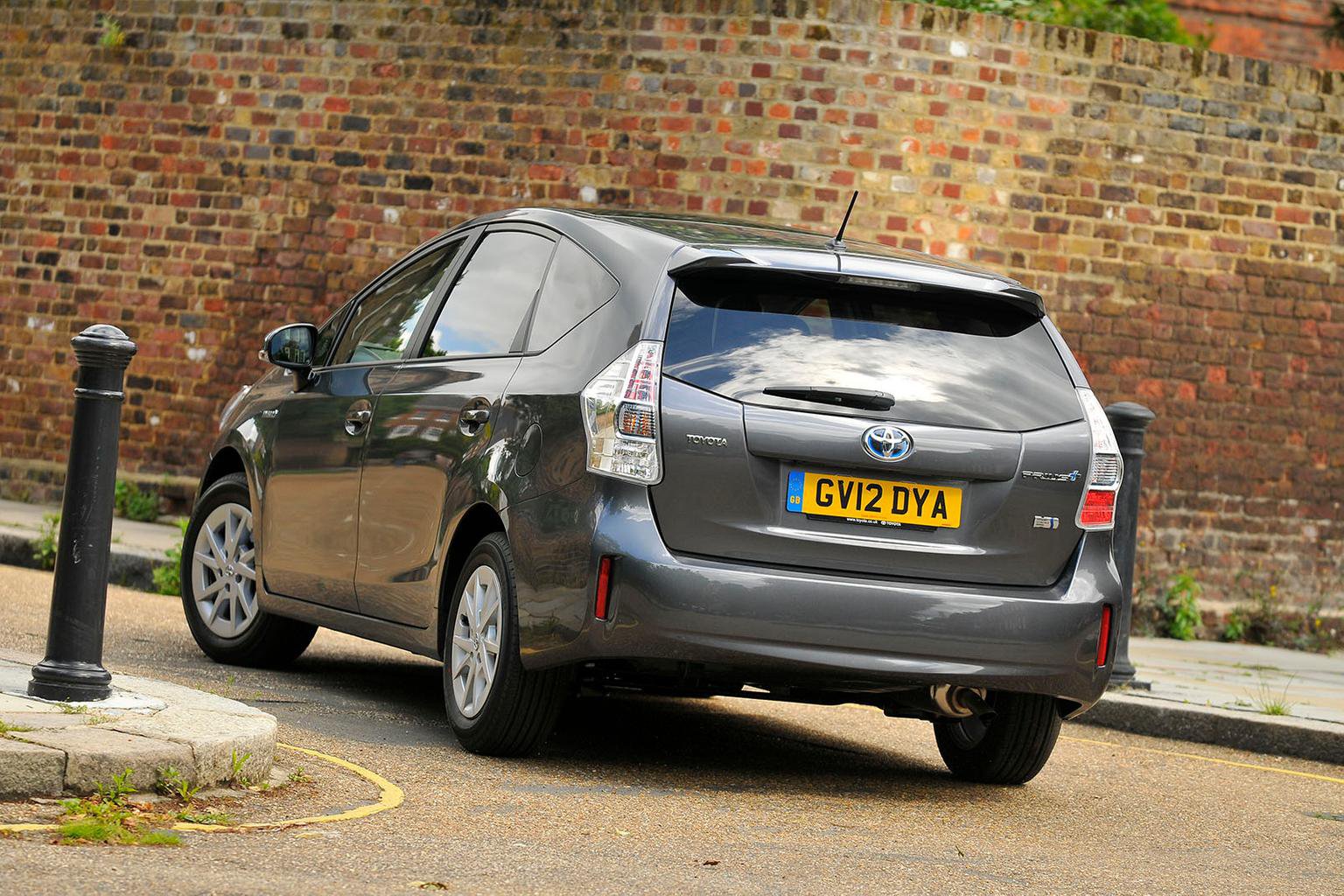 What are the most common problems with a used Toyota Prius+ MPV?

Provided there’s evidence of servicing every year or 10,000 miles, a Prius+ shouldn’t give you any problems greater than replacing wear and tear items such as the wipers, tyres and brakes.

The batteries are also proving to be extremely durable, easily lasting 10 years or more and going for 200,000 miles. It’s still worth looking out for the telltale signs of a weak battery, though, which are the petrol engine running constantly or a car that struggles to get above 40mpg on the instant fuel economy readout. If worse comes to worst, a replacement battery from Toyota is £1200.

Early worries about short battery life seem to be largely unfounded, so the Prius+ has emerged with a reputation as a very reliable motor. Toyota as a brand always do well in reliability surveys, and in our most recent one finished third out of 32 manufacturers – a splendid result.