Which used Volkswagen Golf estate should I buy?

Unless you intend to haul nothing heavier than the weekly shopping and exist largely on a diet of lettuce, then the weedy 74bhp 1.4 petrol and 67bhp 1.9 SDI diesel should be avoided, particularly in entry-level E trim.

Bigger petrols include a 2.0-litre unit, 1.8-litre turbos and a 2.3-litre V5. However, the best engine in the Golf estate isn't petrol-powered. Instead, go for the 130bhp TDI PD diesel, introduced in June 2001.

In general, you're best off going for as late a model as possible. At the end of 2001, VW improved the ride and handling, while spec and trim were improved in May 2002: S models ditched their electric sunroof in favour of air-con, for example.

Overall, our favourite spec is SE, which features alloys, a trip computer and cruise control. 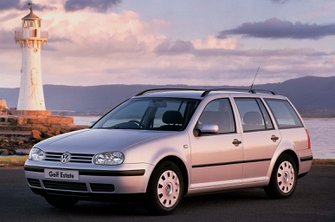