What should I look for in a used Volkswagen Golf estate?

A lot of Volkswagen Golf Estates will have led a hard life, so check for signs of accident damage or crash repairs under the bonnet and boot floor in particular. Ensure that the clutch in cars with a manual gearbox has a positive biting point that’s not too near the top of the pedal’s travel, and listen out for any knocks from the suspension, particularly at the rear of the car, which could indicate worn suspension bushes.

Any engine warning or diesel glow plug (coil) lights on the instrument cluster that don’t extinguish within a few seconds of the engine starting could suggest big trouble is imminent and are a sign that you should walk away.

Speaking of the engine, almost all of this generation of Golf Estate used the diesel engines that were at the heart of the 2015 VW dieselgate emissions scandal. Many will have already been recalled (the 1.6-litre required a modified part to be fitted and software to be updated, whereas the 2.0-litre only needed a software change), but some owners have been holding off, arguing that they are happy with the way their car drives. Either way, ensure that the engine pulls smoothly from low revs.

If you’re looking at a car equipped with a DSG dual-clutch automatic gearbox check that it changes up and down the gears smoothly and quietly, and that it doesn’t roll on a flat surface.

Last but not least, the doors of the Mk6 Golf Estate are known to collect rainwater, so check that the carpets inside are dry. 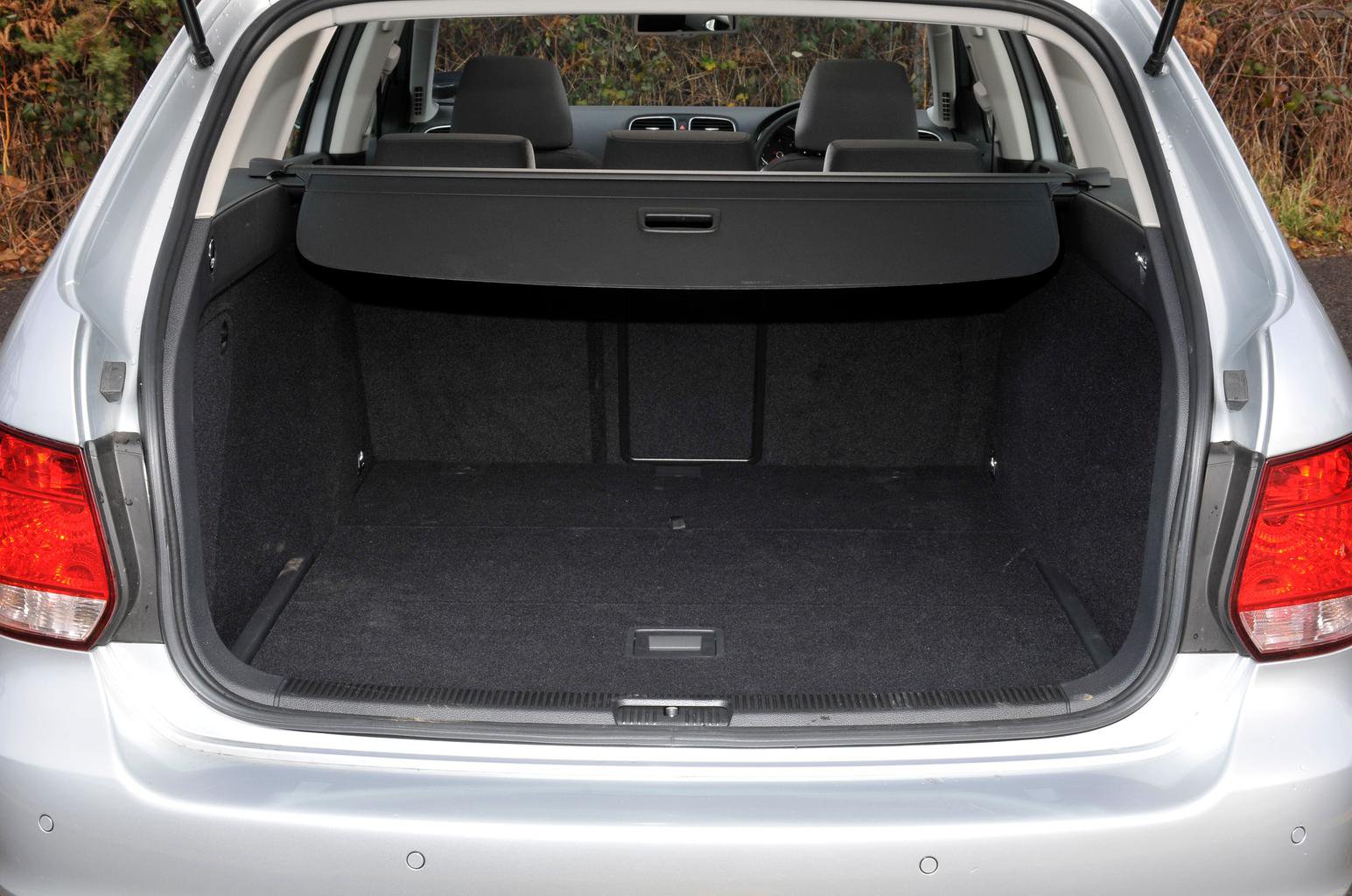 What are the most common problems with a used Volkswagen Golf estate?

The life of the Mk6 Golf Estate also coincided with VW struggling to get its seven-speed DSG dual-clutch gearbox to be fully reliable, so look for service history that indicates regular oil changes. Signs of the gearbox beginning to fail include if it judders when cornering or makes unusual noises as it changes down through the gears. A flashing spanner in the instrument cluster in place of the gear display is also bad news, particularly when you factor in that the cost of a replacement gearbox can run to approximately £4,000.

This generation of VW diesel engine also suffered from failure of the EGR (exhaust gas recirculation) valve in as little as 20,000 miles. The first clue is often the diesel glow plug light illuminating, while if the car goes into 'limp home mode', it could be caused by a blocked DPF (diesel particulate filter), which means the car has probably done too many short runs. Either way you’re looking at an expensive fix.

Air conditioning compressors can also fail after about three years, so look for a system that produces chilled air and doesn’t make any unusual noises

No doubt some Golf Estates of this generation have suffered expensive engine and DSG gearbox problems. However, there are also a great many - indeed, the majority - that have been problem-free, and so while the Golf’s reputation for unfaltering reliability might not be quite what it once was, it’s still generally a solid bet. This is reflected in an above-average score in the What Car? Reliability Index. The average repair cost of almost £500 is, however, more expensive than rivals such as the Skoda Octavia Estate and Ford Focus Estate. 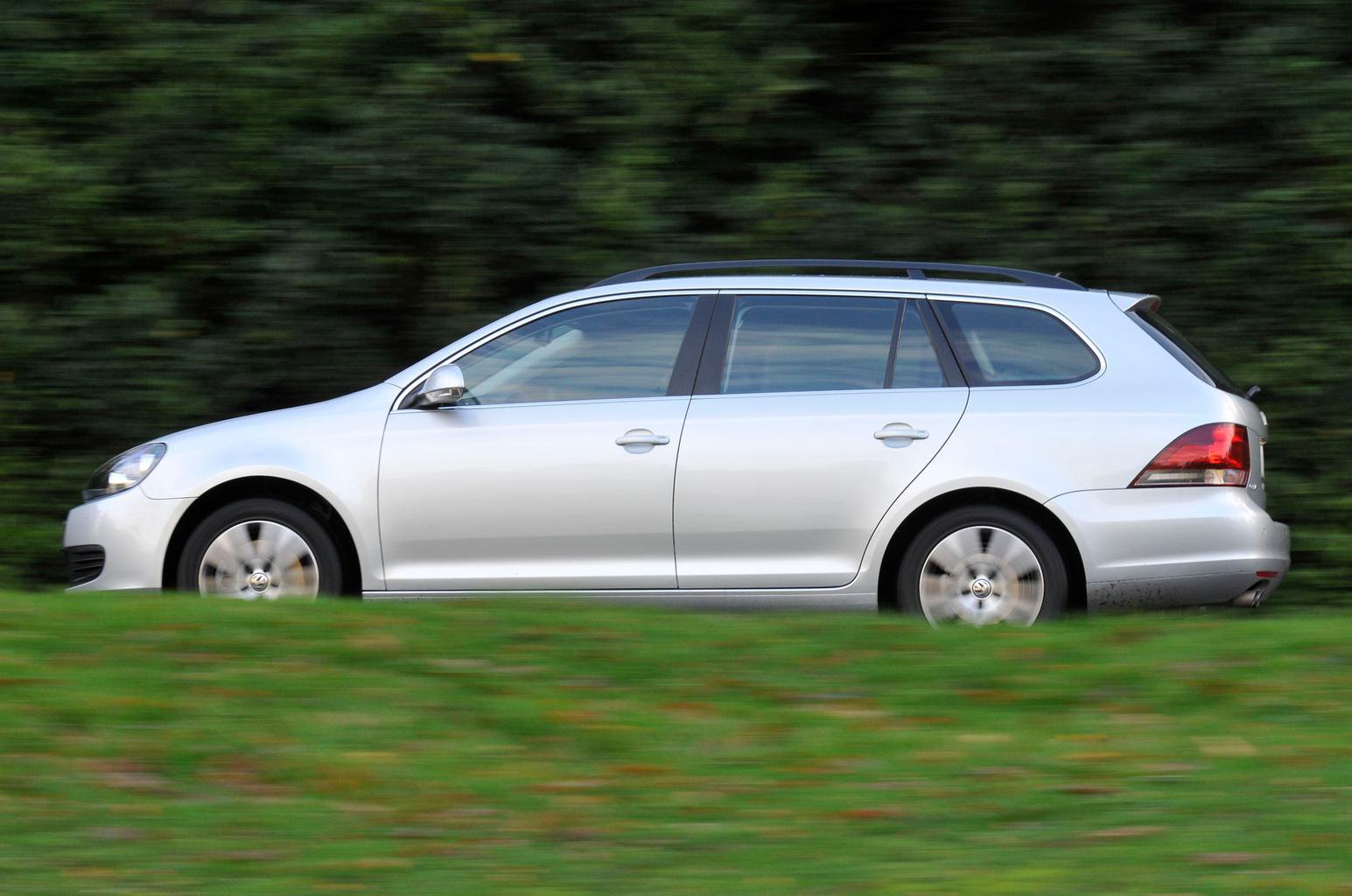