Inside, there’s plenty of room for seven adults. Firstly, the two front seats are extremely accommodating in the realms of both head and leg room, while the middle row of three individual seats will also manage three large adults without any great issue. The two fold-out seats in the third row aren’t quite so roomy, mainly in the head room department; they will still fit tall adults when required, but anyone above six feet won’t want to do a long journey in them. Overall space is very similar to a Ford Galaxy and much better than the Citroen Grand C4 Spacetourer or smaller Volkswagen Touran.

Access to the rear seats is provided via a pair of very practical sliding doors, which allow people to get in and out so much more easily in tight car parks than would be the case with more usual hinged doors. As an optional extra you can add electric operation to the rear doors, but it’s pricey and, as they’re not exactly heavy to slide, we wouldn’t bother.

Although a Citroen Berlingo XL and the other van-based rivals also offer plenty of space, they don’t all manage the level of seating flexibility to match the Sharan’s individually sliding and reclining middle row of seats. These also split and fold in a 40/20/40 configuration.

There’s also loads of space for luggage. Even with all seven seats up, there’s enough room for several shopping bags or a couple of small cases. Fold the two rearmost seats down into the floor and the boot is massive, while dropping the three in the middle row creates a load bay big enough to make a van driver envious. 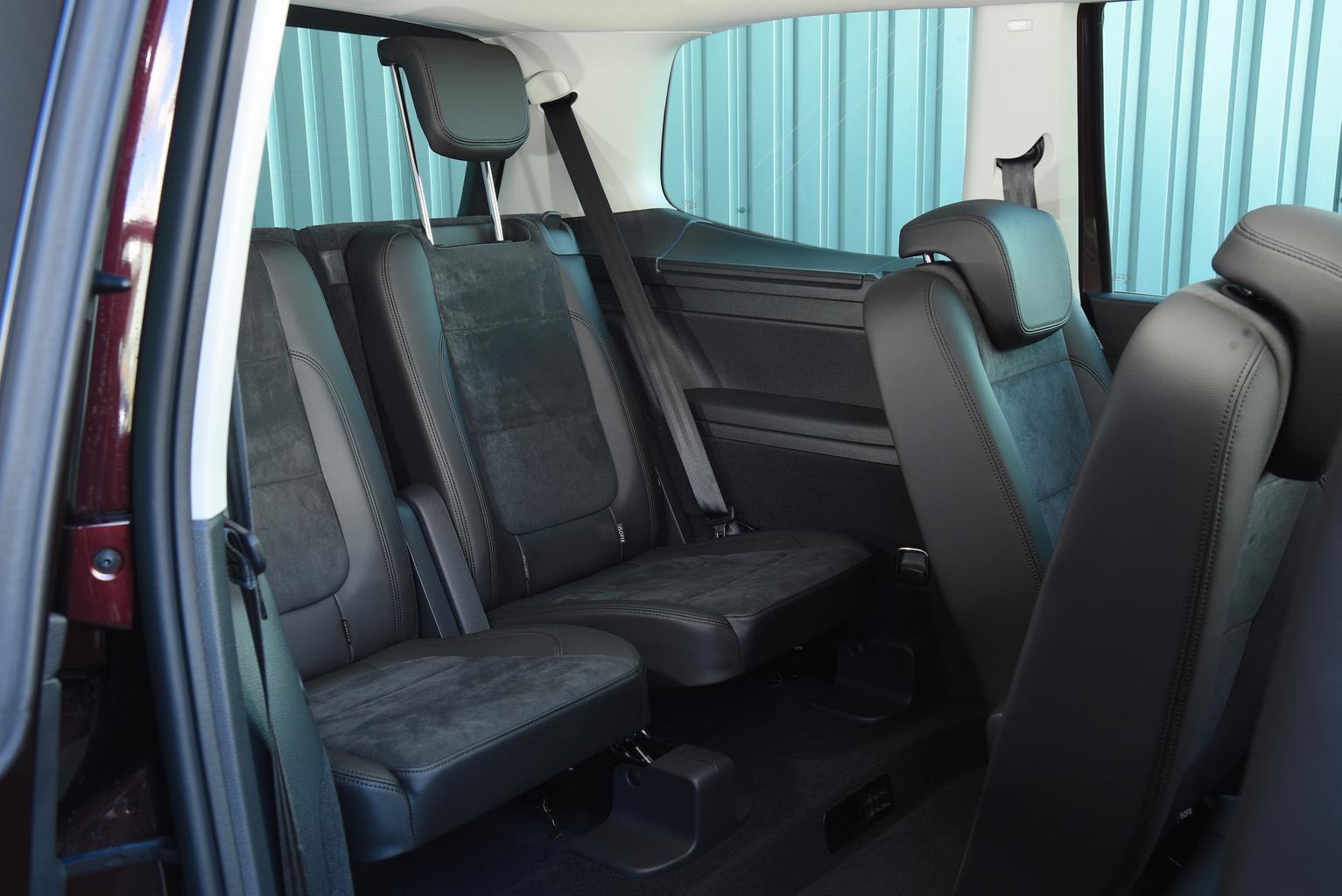