What should I look for in a used Volkswagen Touareg 4x4?

Two recalls have affected the Touareg, both covering cars built in 2003. The first dealt with three areas: the parking brake, which could foul the wiring loom; faulty welding on the left seat console; and an extra earth connection might be necessary in the fuel tank of some petrol models. The second recall dealt with a potential problem with the rear seat belts.

Apart from these, though, there's nothing much to worry buyers. That's partly because the Touareg remains a relatively rare car, so it's difficult to get a clear picture of how solid it is.

Online reports from owners say there have been some problems, but most have been dealt with under warranty. Overall, we expect the Touraeg to match the above-average results by other VWs in JD Power surveys.

What are the most common problems with a used Volkswagen Touareg 4x4? 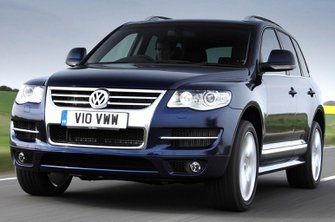