As long as it’s been serviced regularly, the XC90 is generally a very reliable car. And it’s well screwed together, so if there are any ill-fitting pieces of trim or uneven panel gaps, be suspicious – the car has probably been abused and may have suffered crash damage.

Look underneath for any signs of damage caused by off-road use, check the car’s four corners for parking damage (easily caused, especially at the front), and ensure the door mirrors adjust properly and watch for cracks in the reflective glass.

If you want an automatic XC90 (and believe us, you do) then you’re looking for a car badged Geartronic. 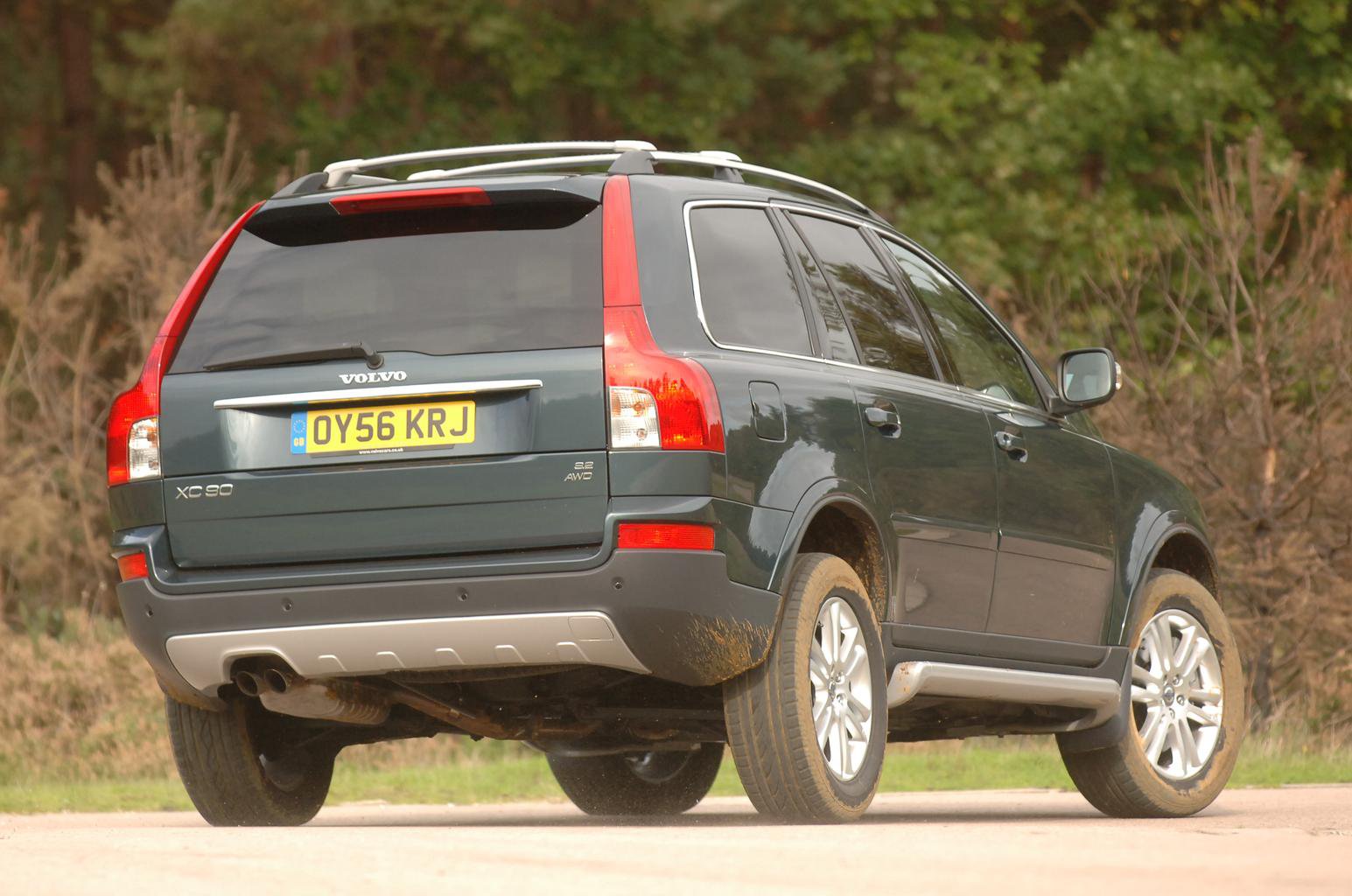 What are the most common problems with a used Volvo XC90 4x4?

A few owners have reported gearbox problems at relatively low mileages (less than 30,000) and the injectors on the diesels also fail sometimes. The latter problem can cost £1200 to fix, so if a diesel XC90 is reluctant to start, walk away.

During its long life, the XC90 was subject to quite a few recalls, and it is important to check if any of these are relevant to the model you’re buying – and if so that the work has been carried out.

The biggest, involving 18,728 cars, was issued in 2006, when it was found that under continuous exceptionally hard use the steering could fail.

The XC90 gets through brake fluid and bulbs slightly quicker than most large SUVs: typically every 35,000 and 45,000 miles respectively.

However, it’s better than average for brake discs, brake pads and wiper blades, according to data from CAP Derwent, a scheme which pools repair information from some of the UK’s biggest vehicle leasing firms to predict when parts will need to be replaced.

The data also shows that XC90s can usually cover more than 100,000 miles before owners experience any problems with engine, diesel particulate filter, suspension or electrics.