Cool young things with their AirPods in might like to belittle the Audi R8 as just an inflated Audi TT, but they’ve probably never sat in one, let alone driven such a car. They’ve most likely only seen it in movies, where its fantastic V10 soundtrack won’t fail to steal the scene. But the great thing is that you don’t need a Hollywood budget to buy one these days.

Unlike the original Audi R8 that offered both V8 and V10 power, this model uses only a 5.2-litre V10, but with two different power outputs: 532bhp or 602bhp in the Plus model. Facelifted cars from 2019 onwards had the wick turned up to 562bhp or 611bhp for the renamed Performance version.

It’s no surprise, then, to find that the R8 is a very fast car. We tested a Plus model in the dry and found that it could sprint from 0-62mph in 2.3sec, while a standard R8 in the wet hit the same target in 3.2sec. Even more impressive, if you happen to be on a race track, is the fact that it can accelerate from 0-100mph in 6.6sec. That’s crazy quick. The only slight disappointment is that the automatic gearbox can be a little jerky during low-speed manoeuvres. Later facelifted cars aren’t any better, although the Performance has the smoothest of the two setups.

Once you’ve quickly despatched the straights, you’ll be glad to know that the R8 corners brilliantly, with graceful fluidity and virtually flat body control. You might fear that this will make it very uncomfortable, but it doesn’t. With standard passive suspension, the R8 is compliant on rough roads, while adaptive dampers allow for a very forgiving ride for any car, let alone a sports car. You won’t even need the arms of a championship boxer to steer the R8, since its helm is really quite light. It gives plenty of feedback at moderate speeds, too.

Practicality isn’t even a major issue, because there’s a decent amount of space up front for a couple of weekend bags plus a shelf behind the rear seats if you need a bit of extra storage. You’ll also find a number of thoughtful hiding spots dotted around the interior, and there’s space for two coffee cups – if for some reason the sound of the baritone V10 isn't enough to keep you awake.

All R8s get electrically adjustable, heated leather seats, sat-nav, a DAB radio, climate control and LED headlights. However, even though this car cost as much as a terraced house in the north of England when new, cruise control and a rear-view camera were both optional extras. 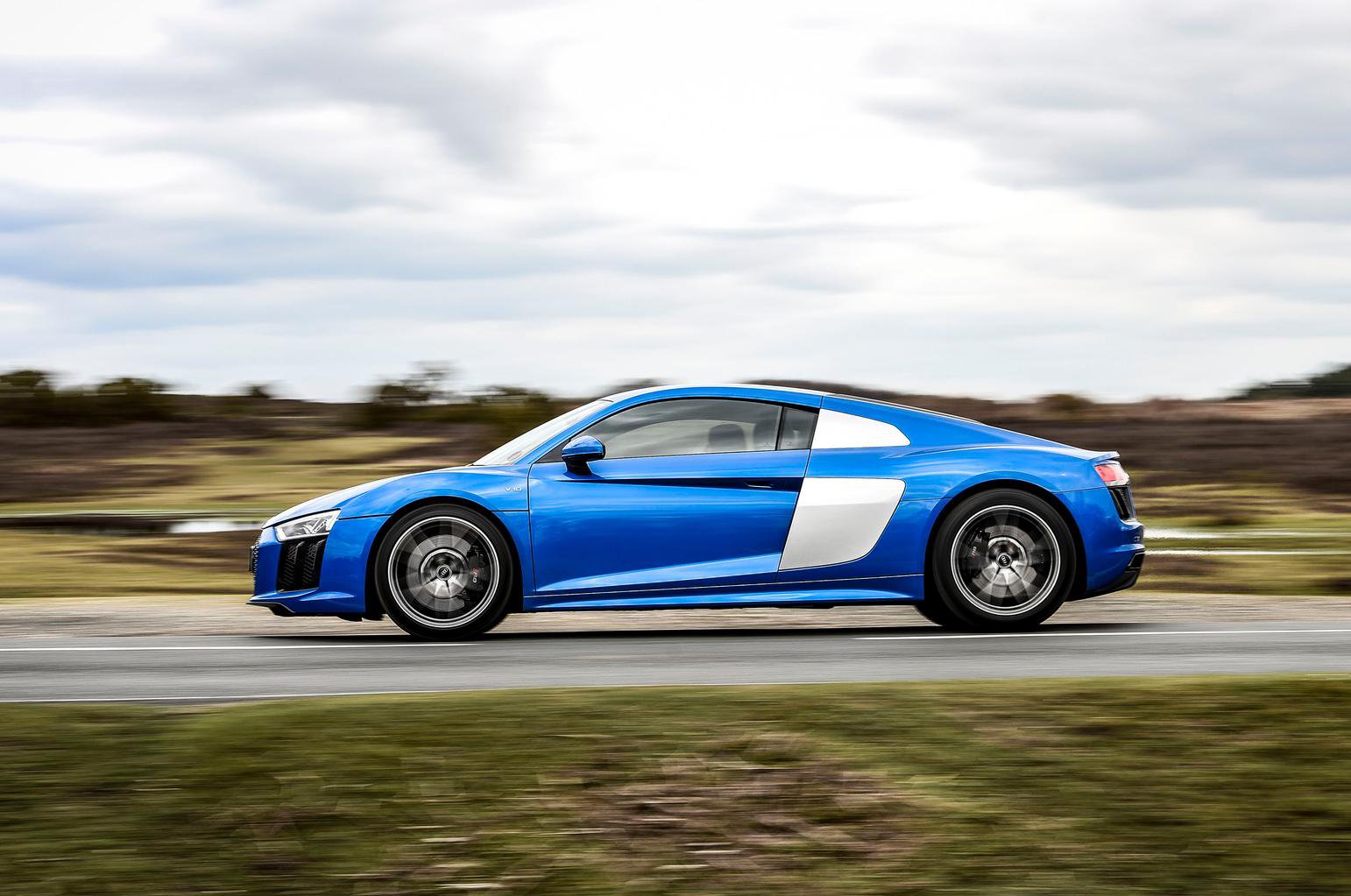