What used Audi TT coupe will I get for my budget?

Prices for the third-generation Audi TT currently start at around £11,500 for something with lots of miles or previous history of accident damage. Up the money to £16,000 and you should find a clean 2017 model bought from a franchised dealer. Expect to spend about £25,000 on a good 2019 TT with minimal mileage bought from a main dealer. Four-wheel-drive ‘quattro’ versions carry a slight premium over two-wheel drive examples.

Check the value of a used Audi TT with What Car? Valuations 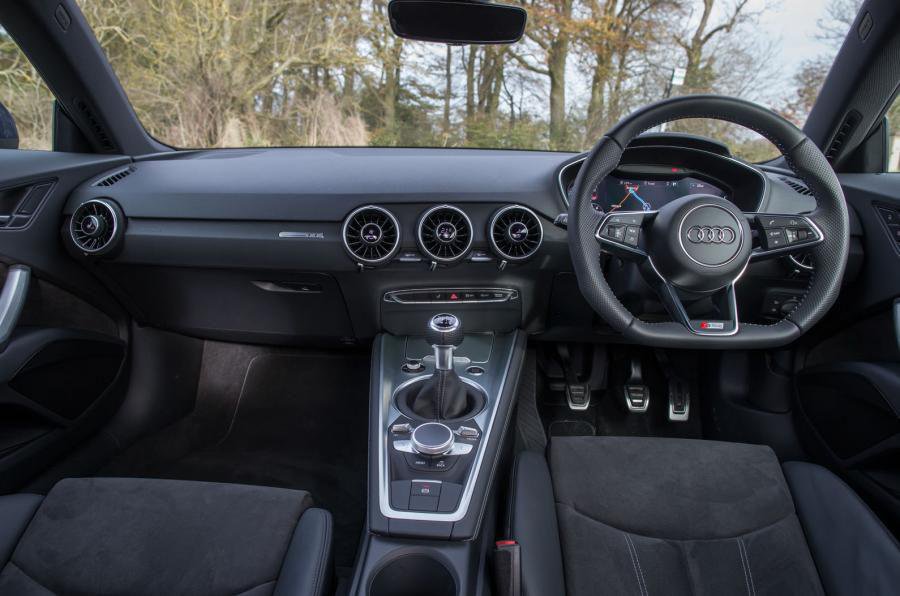 How much does it cost to run a Audi TT coupe?

The 1.8-litre TFSI engine is the entry-level petrol unit in the TT and combines excellent performance with an average claimed fuel consumption of 47.1mpg, according to the older NEDC tests. The 2.0-litre TFSI engine is not that far behind it, or at least the 230 version of it; the more powerful 2.0 TFSI 310 model is super-quick but not terribly efficient, and the same can be said for the 2.5-litre in the storming TT RS.

For the economy-minded, there is a 2.0-litre TDI diesel engine available. This provides good performance with an excellent claimed average fuel consumption figure of 60.1mpg NEDC.

Annual car tax (VED) will be based on CO2 emissions levels for cars registered before April 2017, while those registered after that date will be charged at the current flat rate. Beware though - if your TT cost over £40,000 new it will be charged a supplementary luxury car tax that is charged for five years between the second year and sixth years of the vehicle's age, then it goes back to the flat rate fee. To find out more about the current road tax costs, click here for further information.

Considering the sporty nature of the car, the insurance groupings are reasonable. Servicing costs are reasonable, too, and you can opt for Audi fixed price servicing for cars over three years old. At the time of writing, a regular TT with an engine of 2.0-litres or smaller costs £200 for an interim service and £345 for a major one, while the TT RS is the most costly at £260 and £395.

Make sure that if you're buying an TT equipped with an S Tronic automatic gearbox that the fluid has been changed at the recommended 38,000 mile limit, otherwise you could be looking at an expensive gearbox replacement in the future.