Audi's quattro four-wheel drive system can shuffle up to 100% of the TT RS's power to the front or rear wheels as required, helping transfer all of the engine's power onto the road's surface with devastating effect – in both wet or dry conditions.

The Coupé is faster than the Roadster, rushing from 0-62mph in a claimed 3.7sec, although the open-top is only just behind. The former will then carry on to 155mph, unless you have it unshackled further by Audi for an extra cost, in which case the top speed increases to 174mph. The automatic gearbox is usefully responsive when you're driving hard — both in its automatic and manual modes — and changes smoothly when you're cruising. Ticking the sports exhaust option box is tempting, but Audi's lovely five-cylinder engine sounds superb even through the standard tailpipes — even more so if you opt for the Roadster and put the roof down, of course.

Every RS comes with a part-Alcantara steering wheel, which is much like the one you'll find in Audi's flagship performance car, the R8. Among the controls on this wheel are two large round buttons – one to start the engine and another to flick between driving modes. The steering, gearbox, accelerator and optional adaptive dampers are all made more aggressive in Dynamic mode, and it's here that the TT RS feels best when driven hard.

The car manages a convincing split personality, though. Fitted with standard 10mm-lower springs and 19in alloy wheels, its ride is certainly firm but is also beautifully controlled, and rarely uncomfortable as a result. The same is true on the optional 20in wheels. Those adaptive dampers add greater spectrum to the ride, depending on which driving mode you select, so are worth adding.

Aside from loads of road noise at motorway speeds — a problem that is worse in the Roadster but something that the Cayman and Boxster also suffer from, but less so the A110 — the TT RS produces very little wind noise. Switching to Comfort mode quietens the exhaust note to a sensible level, too.

The Roadster’s roof folds away neatly in around 10 seconds at the touch of a button, and can do so while you're moving at speeds of up to 30mph. There’s also a handy electrically powered wind deflector that comes as standard. When the roof is down and the wind deflector is raised, the interior is largely bluster-free, even at 70mph. 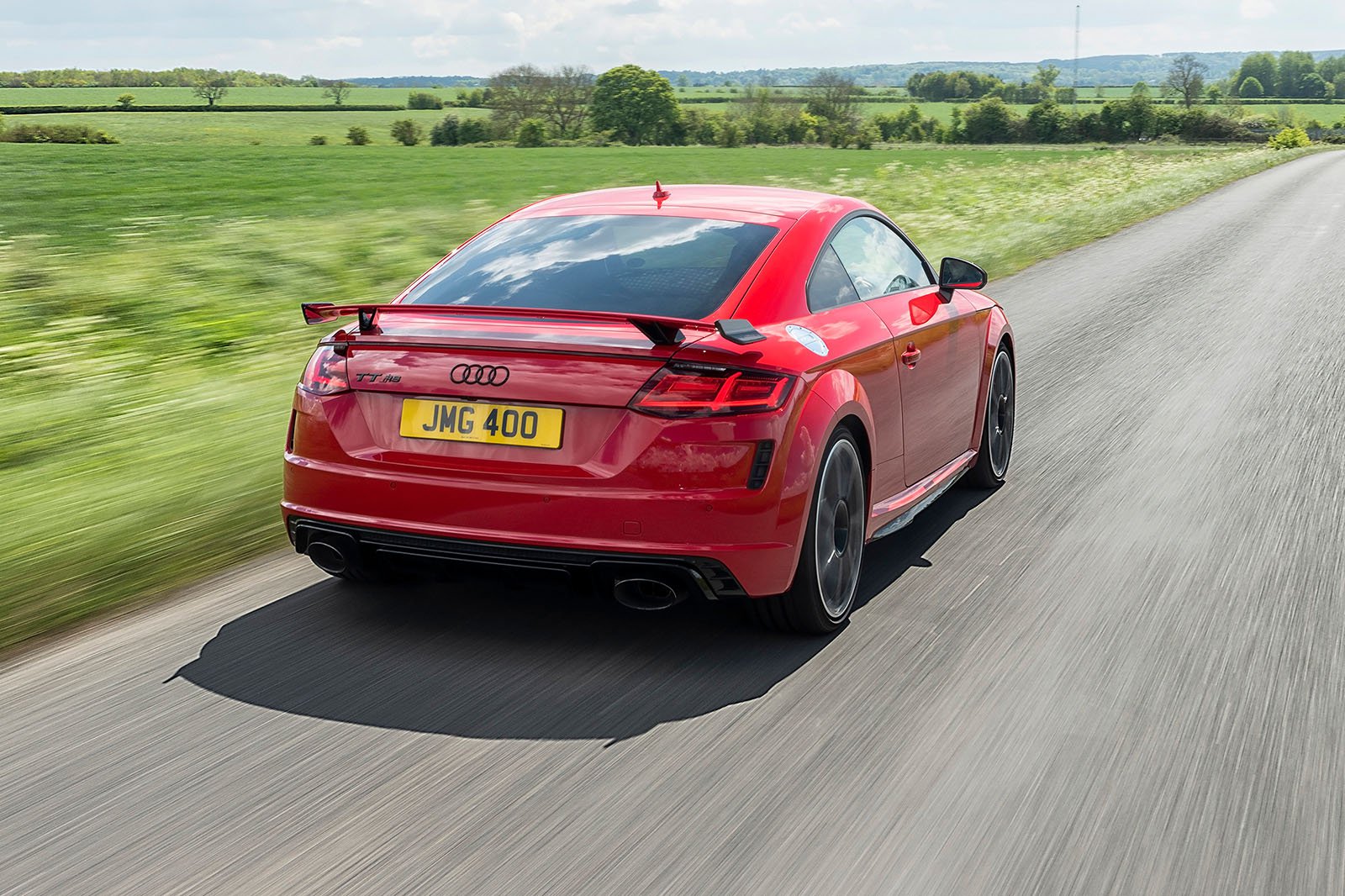