The 220d diesel doesn't feel as punchy as it does in some other BMW cars but, even when the car is fully laden, it produces enough torque low down that the eight-speed automatic gearbox doesn’t have to shuffle down too many cogs for you to make progress. Refinement is good, but not quite as impressive as the 2.0 TDI unit found in the Volkswagen Touran.

We’d recommend the slightly less punchy 218d, however. It’s not quite as quick, but it’s significantly cheaper to buy and has more than enough punch to cope with a full load.

The eight-speed automatic gearbox on the 220d is slick between changes and smooth around town. The seven-speed dual-clutch unit that’s available on other models is smooth on the move but can be jerky around town. As for the manual, it’s easy enough to use but doesn’t have the nicest shift around. Wind noise is fairly well contained, but coarse surfaces do generate an awful lot of road noise.

We’ve tried the 2 Series Gran Tourer's standard suspension set-up, as well as the optional adaptive dampers, with both versions riding on 18in alloy wheels. The standard suspension keeps the body in better check in tight turns, but the trade-off is a sharp ride over broken roads.

Stiffening the adaptive dampers in Sport mode brings similar results, but there's more body lean in bends than with the standard suspension. Slackening the dampers to Comfort mode improves initial bump absorption but allows the body to move about more through bends, as well as over undulating roads and camber changes.

Ultimately, the 2 Series Gran Tourer's steering feels just as precise as the Active Tourer’s – light to the touch but weighting up quickly in the corners – and its front end just as agile, but you're always aware that the body following it is taller and heavier. At sensible speeds along winding roads, it's better than most seven-seaters, but it starts to feel out of its depth sooner than the five-seat model. 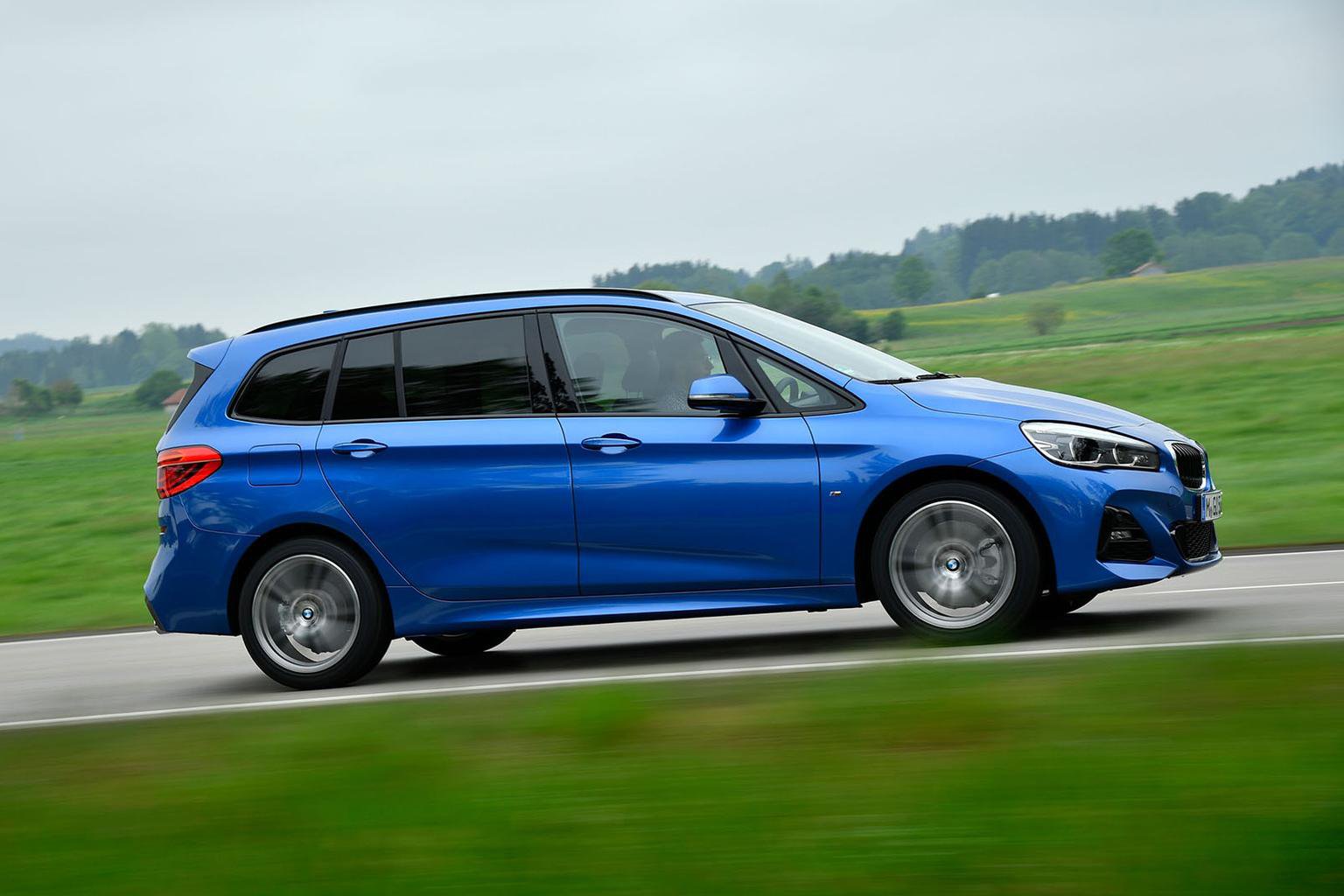