BMW is lucky in having a very loyal fanbase who, having grown out of its range of sports cars and executive saloons, will look without hesitation to have that badge on the front of an MPV or an SUV big enough to transport their growing family and associated paraphernalia.

Hence the 2 Series Gran Tourer, which shares its underpinnings with the 2 Series Active Tourer, the firm’s able five-seat, front-wheel-drive MPV, but stretches the distance between the front and rear wheels by 11cm to fit in two extra seats in the third row. Add in the usual range of highly efficient petrol and diesel engines, a number of decently equipped trim levels and the sort of upmarket feel you would associate with BMW and you’ve got yourself a very popular premium people-carrier. It sold well and this generation ran from 2015 until 2022.

On the road, the 220d diesel doesn't feel as punchy as it does in some other BMW cars but, even when the car is fully laden, it produces enough torque low down that the eight-speed automatic gearbox doesn’t have to shuffle down too many cogs for you to make progress. The slightly less punchy 218d is not quite as quick, but it’s significantly cheaper to buy and has more than enough punch to cope with a full load.

With a little less weight to shift and a smidge more power at its top end, the 220i petrol feels sprightlier. However, with less torque to call on, the auto 'box is more eager to change down in search of higher revs. The petrol is easily the more refined, though, staying quieter when worked hard and sending less vibration back through the controls.

The 218i, meanwhile, feels very refined for a three-cylinder engine and pulls the considerable weight of the 2 Series Gran Tourer very well. The three-cylinder 216d diesel is refined and smooth, but can feel a little overstretched when faced with extended inclines. For the extra power and stability that it brings, the 220d in xDrive form is about as good as it gets.

On models fitted with a sliding bench, you can push the middle row forward to free up knee room for the rearmost occupants but, if you’re an adult, by the time you'd be happy there's very little space left for the passengers directly in front.

With the third row folded away and the middle row slid right back, there's a 560-litre boot that has a wide opening, a flush boot lip and a usefully square shape. Sliding the middle row forward increases boot space to 720 litres but decreases leg room.

The middle-row seats can be folded in a 40/20/40 configuration and, when down, they lie almost flat. This can be done electronically using buttons on the boot walls (standard on Luxury and Sport, optional on other models). This feature works well and increases boot space to 1820 litres. The front passenger seat can also be folded flat to leave a load bay that’s 2.6m long, as long as you avoid the electric seat option.

If you're interested in buying a used BMW 2 Series Gran Tourer, or any of the other cars mentioned here, head over to our used car classifieds site here. 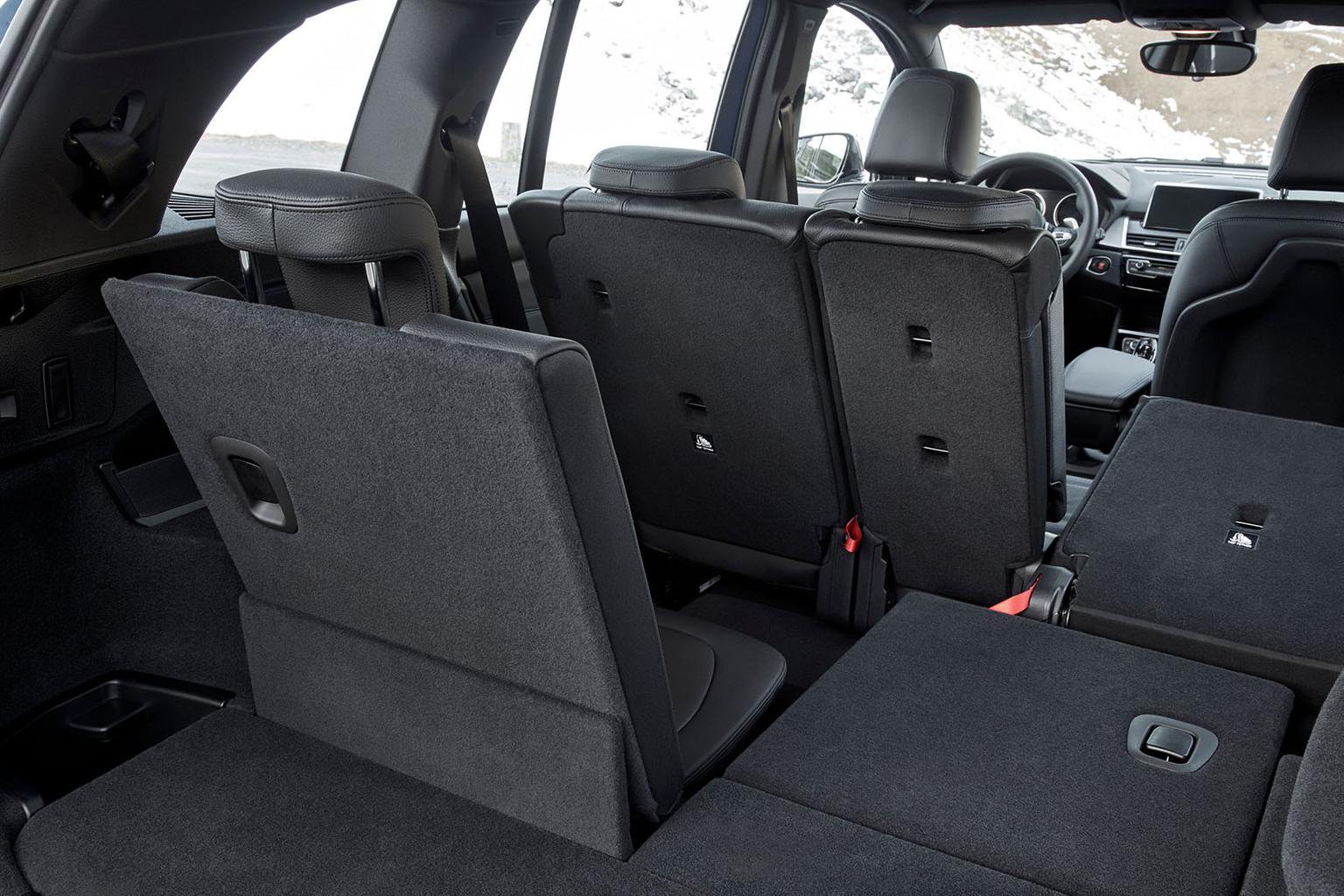