In an effort to make the X4 even better to drive than the already impressive BMW X3, BMW has firmed up its suspension and pushed its rear wheels farther apart. And, sure enough, it handles remarkably well for such a tall car, turning into corners swiftly and suffering from little body lean. True, a Porsche Macan has more communicative steering, but the X4’s still offers plenty of reassurance.

You might reasonably expect the downside of such a sporty drive to be poor ride comfort, but in reality the X4 is good at absorbing bumps and potholes – at least on the optional adaptive set-up fitted to our test car. You do feel the car shimmying around beneath you over scruffy roads, but it rarely thumps or jolts.

For now, there are just two engines to choose from and they’re both diesels. There’s a range-topping M40d using a 322bhp 3.0-litre but, for most people, the cheaper 187bhp 2.0-litre 20d model will make more sense.

The 20d still has four-wheel drive and a super-slick eight-speed automatic gearbox as standard. Plus, it endows the X4 with strong acceleration, is quieter than the equivalent Mercedes engine and sends next to no vibration back through the controls.

Wind noise is well suppressed, and while there’s some road noise at speed, it isn’t overly intrusive.

Later, the range will be expanded to include a 2.0-litre petrol engine and a less powerful version of the 3.0-litre diesel. 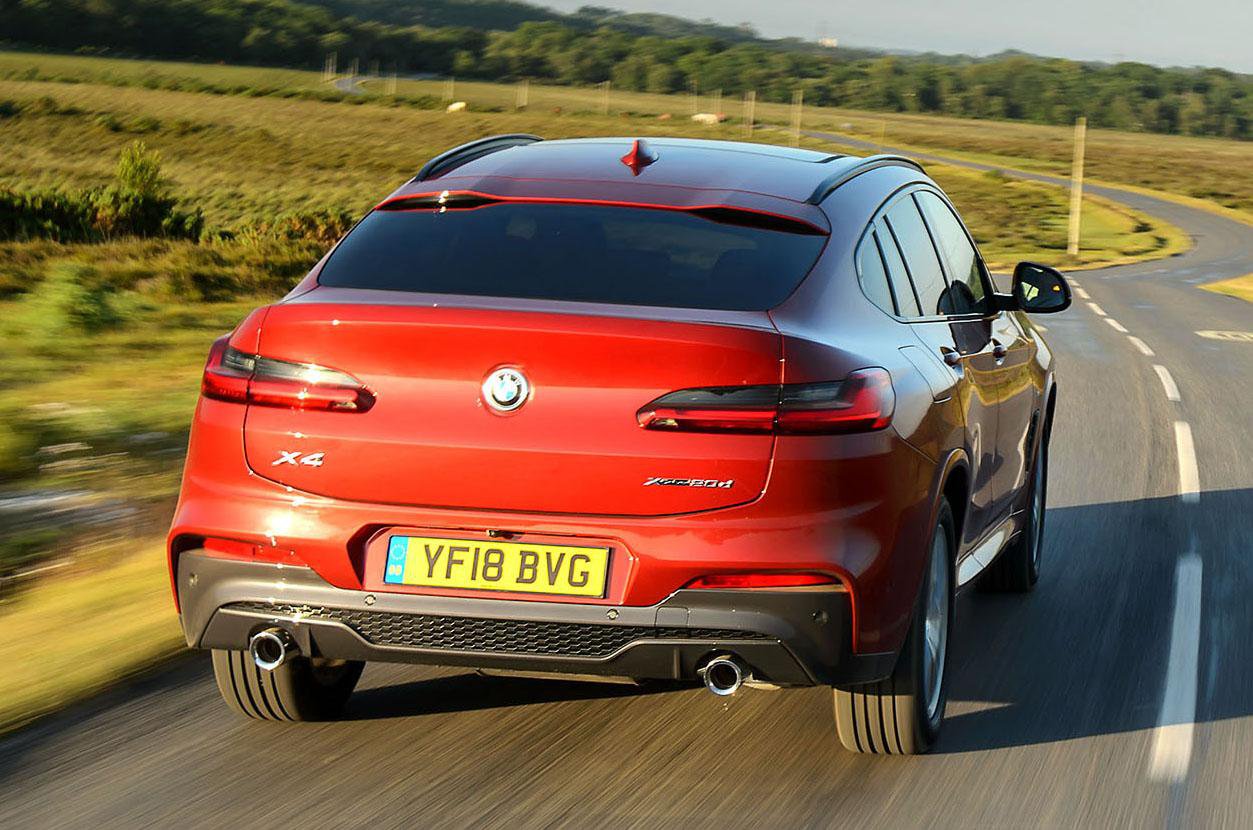