Only one engine is offered: a 1.0-litre three-cyclinder petrol. And with just 71bhp available, performance is what we’d call a little underwhelming.

Maximum grunt is delivered at 4800rpm, so you need to rev the engine hard and work the five-speed manual gearbox to make any meaningful progress. Once up and running, acceleration is by no means immediate; getting up to speed on a motorway slip road takes some time. And even around town, you need to keep the revs high to get away from traffic lights and junctions quickly. Put simply, it's nowhere near as gutsy as a Volkswagen Up 1.0 TSI 90 or Kia Picanto 1.25 – both of which are better choices if you regularly venture out of town.

As with the majority of automatic city cars, we’d avoid the ETG auto version. It’s a robotised manual that is slow and clunky. Moreover, it often gets caught out when you’re pulling away from the lights or when you require a burst of speed. At least it has only a small impact on official fuel economy figures.

The C1’s ride is poor over scarred, potholed urban roads. The car doesn’t exactly crash into potholes, but passengers are constantly jiggled by the oversensitive suspension. The class leaders do a much better job.

Unfortunately, things aren't a lot better on the motorway. The C1 is easily unsettled by expansion joints and potholes at speed, but at least it rides over undulations well enough. Entry-level cars have 14in steel wheels, Feel has 15in ones and the others have 15in alloy wheels, none of which makes any difference to ride comfort. 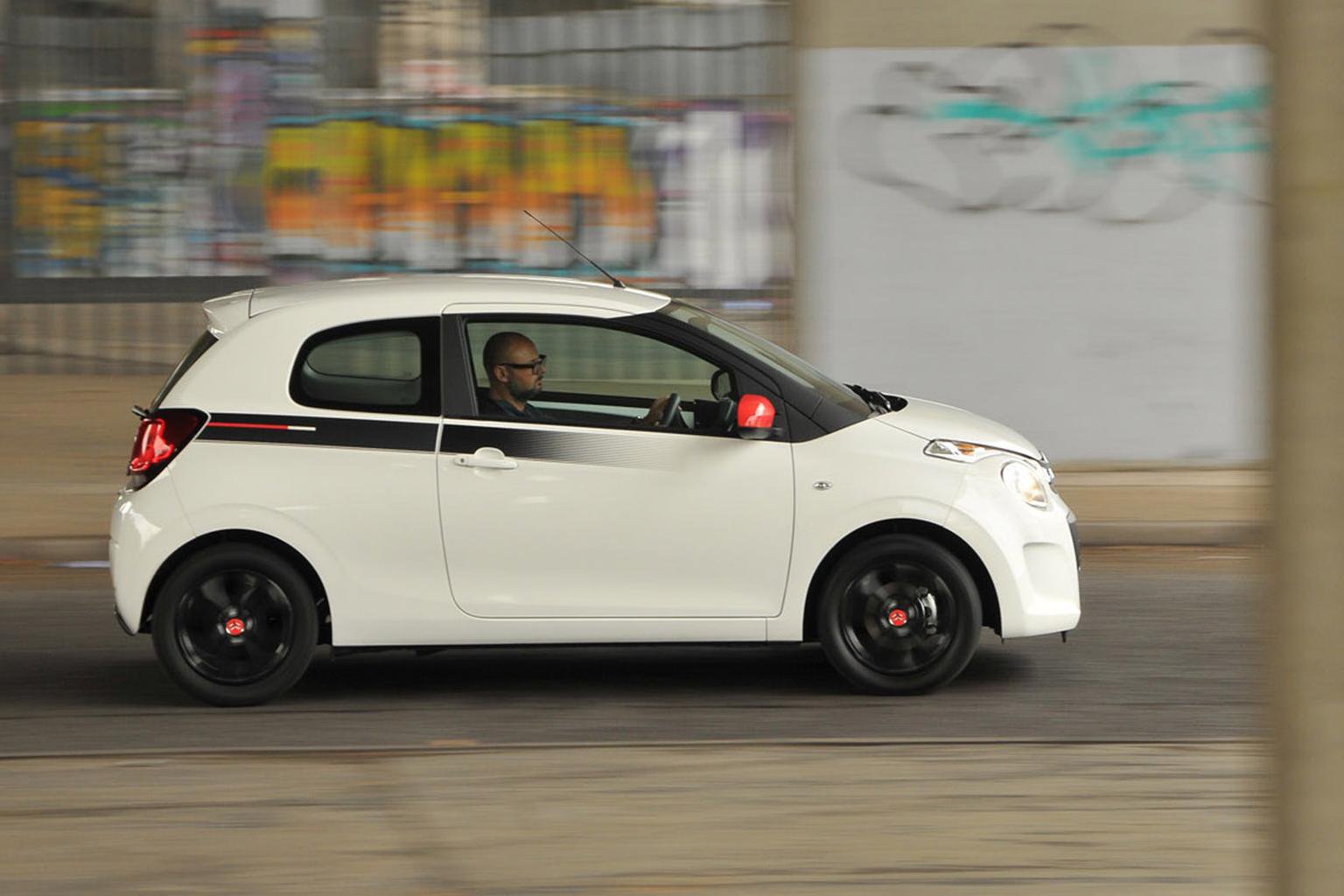 The steering lacks feel but is reassuringly consistent in its weighting. Better still, it’s light enough to make quick U-turns and parking in impossibly tight spaces a piece of cake.

However, faster bends will expose how the C1’s soft suspension leads to a noticeable amount of body lean. Still, at lower, urban speeds, it’s a usefully agile car that can nip in and out of traffic with little bother.

You can hear and feel the engine all too clearly from inside the car – it's always fairly loud and sends unwelcome vibrations through the steering wheel and pedals at high revs. The transmission whines, too, when you back off the accelerator. Sadly, rather than adding character, the thrum of the three-cylinder engine can grow rather tiring.

Things aren’t any better on the motorway. Wind noise at the front windows increases with speed and is joined by noise from the tyres to generate quite a din. The fabric roof on the Airscape version looks great, but fold it back and there’s a lot of buffeting and wind roar – certainly enough to drown out conversation at much above urban speeds.