Older versions of the Ducato felt a bit fragile and cheap, but fortunately the inside now feels better put together. In fact, it’s a very well thought out interior. True, it isn't quite up there with the Sprinter or Crafter, but it’s certainly a match for the Renault Master and Nissan NV400.

Everything feels quite upright inside, with vertical air vents and clearly portioned sections breaking up the dash, but that’s no bad thing. Piano black finishes add a touch of sophistication not often found in light commercial vehicles, and basic steering wheel-mounted controls carry out the bulk of the functions you need in a modern working van.

The driving position is high and provides good visibility; the mirrors are particularly good. Storage is unusually limited around the driver – there’s a small tray and a lower central area predominantly for holding cups – but on the other side of the cab you’ll find a decent upper glovebox that is refrigerated, as well as open storage.

We particularly like the tablet storage device holder that pulls out from the top of the dash, although when in use it obscures the infotainment display, but given that any device in the cradle is likely to be used to supersede the built-in system, we can’t see it posing too much of a problem.

Seating is firm, but there’s a good deal of travel in the driver’s seat, while the bench passenger side adds not only more storage but also a fold-down table with additional cupholders in the middle seat. 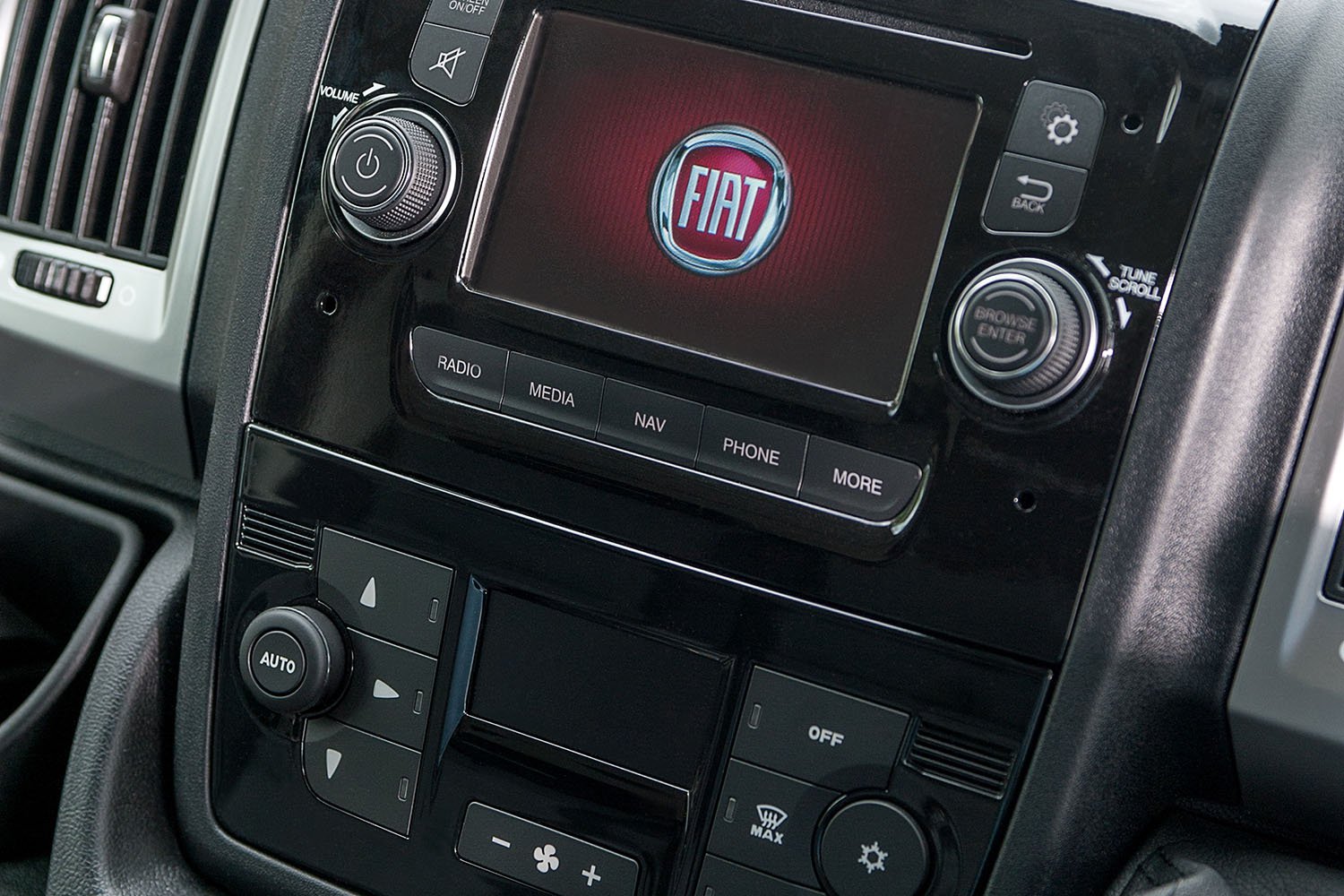