The Ford Transit has been an icon in the van market since it was launched in 1965 and has held an unprecedented grip on the title of best-selling van in the UK. Its name is synonymous with big vans, but with the Transit range now being broken down into subdivisions of Transit, Transit Custom, Transit Connect and Transit Courier, the Transit name is more prevalent than ever.

As well as revising its engines in 2019 to meet the ever-stricter Euro-6d emissions standards, Ford took the opportunity to update the Transit more comprehensively. Hence, there's a new grille, which is a subtle alteration to the existing design, as well as some crease lines in the bonnet to toughen up the front end appearance.

The main engine choice is a 2.0-litre diesel with the same outputs as in the previous Transit, of 103bhp, 129bhp and 168bhp, but a new 182bhp unit has also been added. As ever, there are front and rear-wheel-drive vans, with the higher-powered variants also available with four-wheel drive. A six-speed manual gearbox comes as standard, although rear-wheel-drive Transits can now be had with a 10-speed automatic gearbox.

Then there is the new range of mild-hybrid engines, which improve fuel economy by as much as 8%. These extend the time that the engine is not used when you're stationary at traffic lights or queuing. That means the engine is switched off for longer and more fuel is saved.

Three basic trim levels – Base, Trend and Limited – are available, and all have a wide range of options that can be added. Ford has also added a Trail version of the large van to its range, which bolsters its off-road abilities. Trail also adds the bold F-O-R-D grille to the front of the van, which has been popularised by the Ford Ranger Raptor pick-up.

Although it is the UK’s best-selling large van, the Transit faces stiff competition from the van world’s other big household name, the Mercedes Sprinter, as well as the likes of the Fiat Ducato, Volkswagen Crafter, Nissan NV400 and Peugeot Boxer.

Despite its size, the Ford Transit is a great driver's van, thanks to its responsive steering. It is quite heavy, which adds to the feeling that you’re driving a big vehicle, but once you get to know it, the Transit is pretty nimble.

Stiffer underpinnings than in previous generations ensure that the van corners better and helps to limit body lean if you go around bends quickly. It’s a much more engaging van to drive than the Mercedes Sprinter, for sure, although it isn't as smooth.

The Transit's suspension is firm and can result in some bouncing around – particularly when unladen – but add some weight, even a small amount, and it’s a settled and smooth ride.

Of the four engines on offer, we’d recommend the 103bhp entry-level model for its overall performance. Because of the low-down torque on offer, it has a more than adequate amount of power, even for a large van. If you're going to really maximise the payload of a van with a 3.5-tonne or greater gross vehicle weight, though, one of the higher outputs will be necessary. And if you really want lots of power at your disposal, the new 182bhp variant is the one to choose.

A six-speed manual gearbox is standard, and although it’s a little notchy and requires a firm hand to find each gear, the high overall gearing makes the Transit well suited to motorway driving, with low noise levels.

The Ford Transit Trail option adds another dimension to the big van, enabling to go further off-road than your regular vans. Trial versions provide buyers with the option of an all-wheel-drive system or a more cost effecitive standard front-wheel-drive model with a a Quaife differential to improve its low-grip capabilities.

Choosing the all-wheel-drive system on a Transit Trail means the van is based on the rear-wheel drive model. This gives you increased ground clearance and allows the electronics to split 50% of the torque to the front axle. The addition of two driving modes, called Slippery and Mud/Rut, which are selected through a steering-wheel controlled menu, allows you to manage the traction control system to deal with loose surfaces. An all-wheel-drive lock function allows you to have permanent four-wheel-drive with an even 50:50 torque split for even better performance off-road.

In reality, the systems are so effortless that you’d barely notice if you accidentally wandered off-piste in the Transit Trail. The similarities to a Ford Ranger pick-up truck are eery, and were it not for the greater suspension travel available in a pick-up truck you’d likely be able to go just as far in the van as you would the truck. 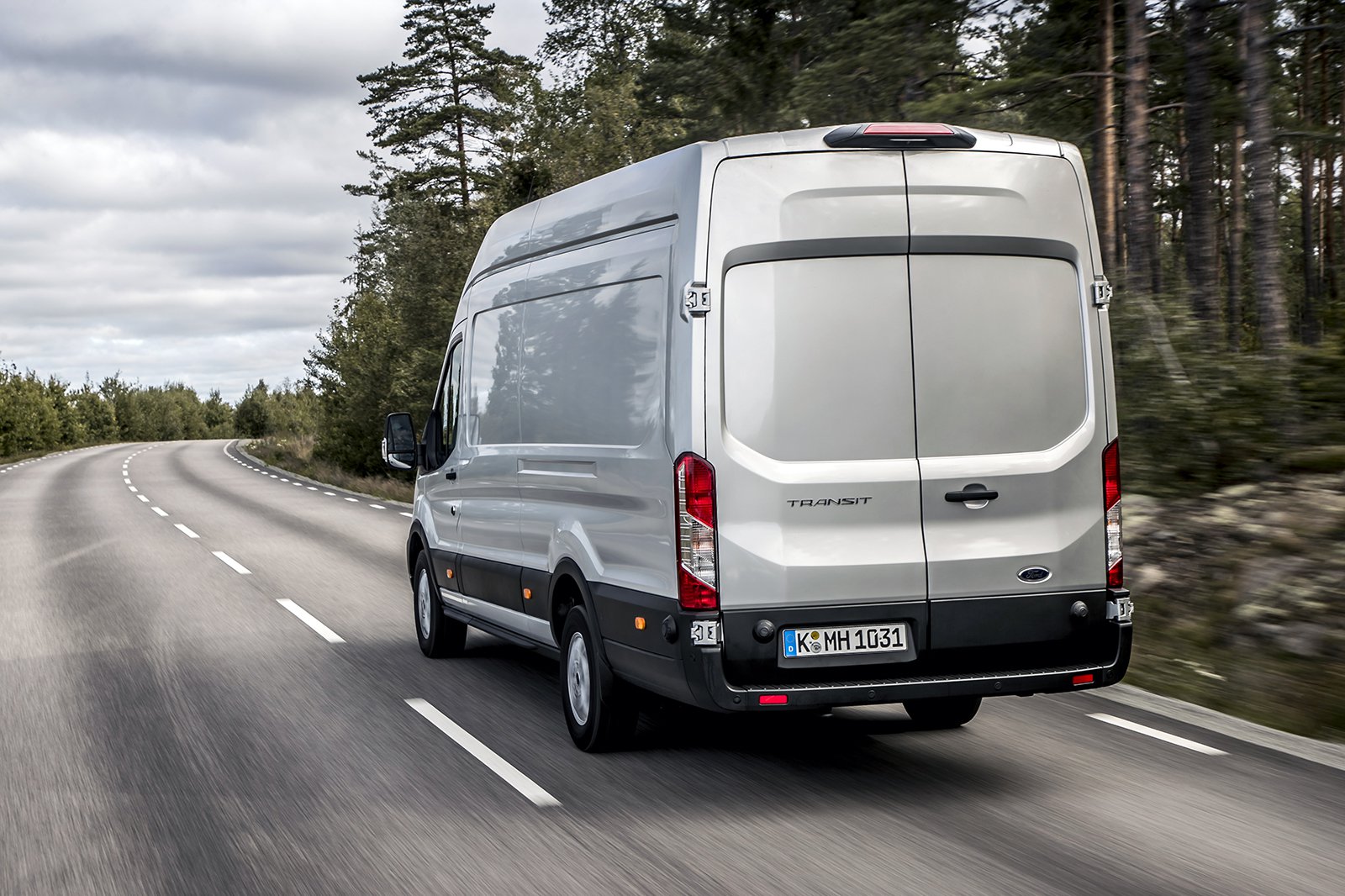