The Ford Transit Custom has only been around since 2012, but from the moment it was launched it's been a runaway success. It’s consistently been the best-selling van in the UK and is as popular among owner drivers as it is fleets.

This success is partly down to the fact the Transit name itself is synonymous with medium and large vans, so much so that in the UK many people simply call any van of this size a Transit van.

Like its larger two-tonne sibling the Transit, the Transit Custom comes with a choice of four different versions of Ford’s 2.0-litre diesel engine. There’s an enormously powerful 182bhp version – great if you want masses of pulling power – as well as 104bhp, 128bhp and 167bhp models.

Buyers have the choice of four trim levels – Base, Trend, Limited and Sport – and there is a huge range of options that can be added on as well. There’s also more specialised Ford Transit Custom Active and Ford Transit Custom Trail models. These are the more lifestyle variants of the van range and both are also available as Tourneo passenger versions. If you’re in doubt as to which one suits your needs, the Active model is closer to an SUV in terms of its abilities and style, while the Trail is a more of a pure off-roader, complete with macho pick-up truck styling and a bold F-O-R-D grille.

All vans come with a six-speed manual gearbox as standard, but there is also the option of a six-speed 'SelectShift' automatic that you can have with the two higher-powered engines.

Despite being the best-selling van in the UK, the Transit Custom still has plenty of competition, making its dominance all the more impressive. The Volkswagen Transporter is a formidable alternative, while the Citroën Dispatch, Peugeot Expert, Renault Trafic and Vauxhall Vivarocan all lay claim to doing much the same job.

As well as its name recognition and stylish looks – which have been updated with a trapezoid-shaped grille on this latest model – the outstanding breadth of the range is perhaps why it attracts so many customers. You can get short or long body versions, as well as a standard or high roof, making the Transit Custom almost as flexible as the larger Transit.

Go for the 182bhp engine and it transforms the Transit Custom into a rocketship – in van terms, at least. However, no matter which power output you choose, plenty of torque is available across a wide rev range, making this a good van to drive both around town and on motorways.

All Custom variants meet the latest Euro-6d emissions regulations, too. And there’s even a mild hybrid version of the mid-range 128bhp unit, which can help you save fuel by providing the engine with small amounts of electrical assistance.

The Custom is also the best-handling mid-sized van out there, with pleasantly weighty steering that provides you with good feedback without ever becoming tiring.

In fact, everything about how the Transit Custom drives is pretty much spot on, with it striking a great balance between comfort and body control, and the standard six-speed manual gearbox having a nice sharp action.

We would definitely choose the manual over the six-speed SelectShift automatic gearbox as well, because the latter isn't particularly fast shifting and can be caught out a bit. It’s also only available on the two higher-powered engines, and that might not be to everyone’s liking.

For those that need to go off-road, the Transit Custom Trail (and the Active, where the Quaife differential is an optional extra) is about as capable of tackling the slippery stuff as you’ll find in the mid-sized van segment without going for a proper 4x4 model. The diff expertly shifts power between the driven wheels in a mechanical way rather than using electronics. Not only does it get you further off-road, but it is also a great safety net for wet or slippery roads, acting as a secondary form of traction control. 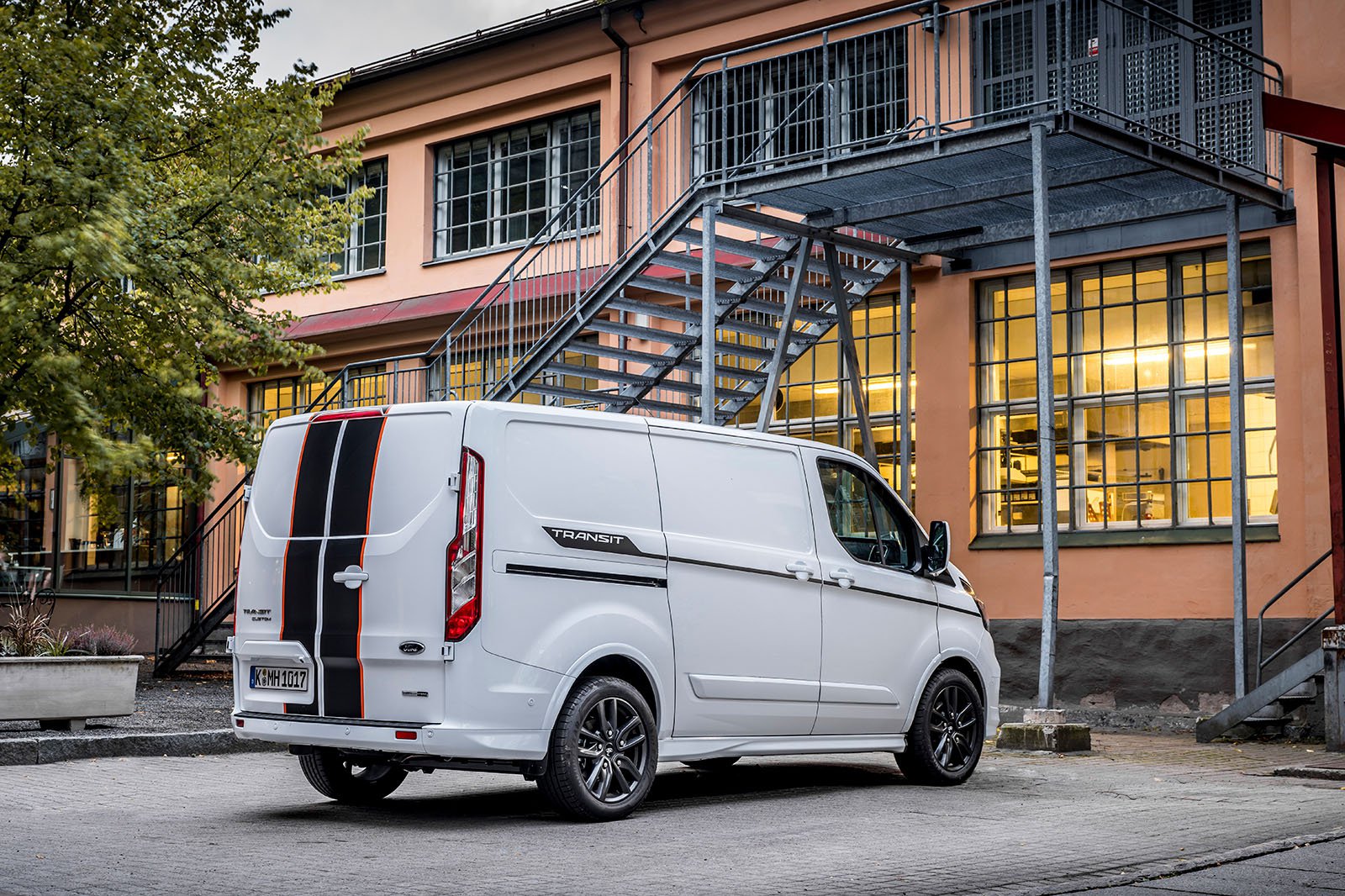