Claire EvansLearn how we test cars

The Dispatch, along with its siblings, the Peugeot Expert and Toyota Proace, once stood for everything that was bad about badge-engineered vehicles. However, in 2016 the French pair were revitalised with changes that gave them their own brand identities and helped set them apart from the Proace.

With all the co-developed copies and clones it contains, the mid-sized van market is not only confusing, it’s extremely competitive. Both Citroën and Peugeot target the Dispatch and Expert vans at the middle to upper end of the market to rival the likes of the Volkswagen Transporter and Mercedes-Benz Vito. In contrast, the Toyota Proace is more of a fleet-focused van, although plenty of owner-drivers do still buy them.

The latest version of the Dispatch is the first with its own individual look on the outside. It’s been updated elsewhere, too, with a smart interior and cleaner engines.

However, it still shares everything from the bonnet backwards with its two siblings; only the front two panels and headlight clusters vary between each of the vans. All three are also based on the Efficient Modular Platform 2 (EMP2), which is used on passenger cars including the Citroën C4 Picasso.

Entry-level models are powered by a 1.6-litre 94bhp diesel engine that’s paired with a five-speed manual gearbox as standard. It can also be had with an automatic gearbox, but we wouldn’t recommend it with this particular engine.

There’s also a higher-powered 114bhp version of the 1.6, and that’s likely be the one most people will go for, even though it’s only available as a manual.

If you’re after a bit more power, there’s a larger-capacity 2.0-litre diesel engine with three power ratings of 121bhp, 148bhp, and 174bhp – the most powerful of these has an automatic gearbox and steering-wheel-mounted paddles for changing gear.

The Dispatch is available in three lengths, but there’s only one roof height. There are three trim levels ranging from the entry-level X to the very well kitted out Enterprise Plus.

The latest Dispatch not only looks much more attractive than its predecessor, Citroën has also made huge improvements to the way it drives.

The most powerful version of the new 2.0-litre engine has plenty of pulling power, helping it to feel at home both pootling around built-up areas and at cruising speed on a motorway. However, the 1.6-litre 114bhp is our engine of choice because it returns the best fuel economy with a claimed 55.4mpg, its power delivery is smooth and, even fully laden, it still has just enough grunt to make decent progress.

The Dispatch has a decent seating position now too. The old model’s driver seat was badly offset from the steering wheel, which caused fatigue very quickly, but in the new Dispatch the driver sits directly behind the steering column. The seat is lower than before, which adds to the passenger car vibe, but also adversely affects visibility. The side mirrors are small, too, so not great for reversing or monitoring blind spots. 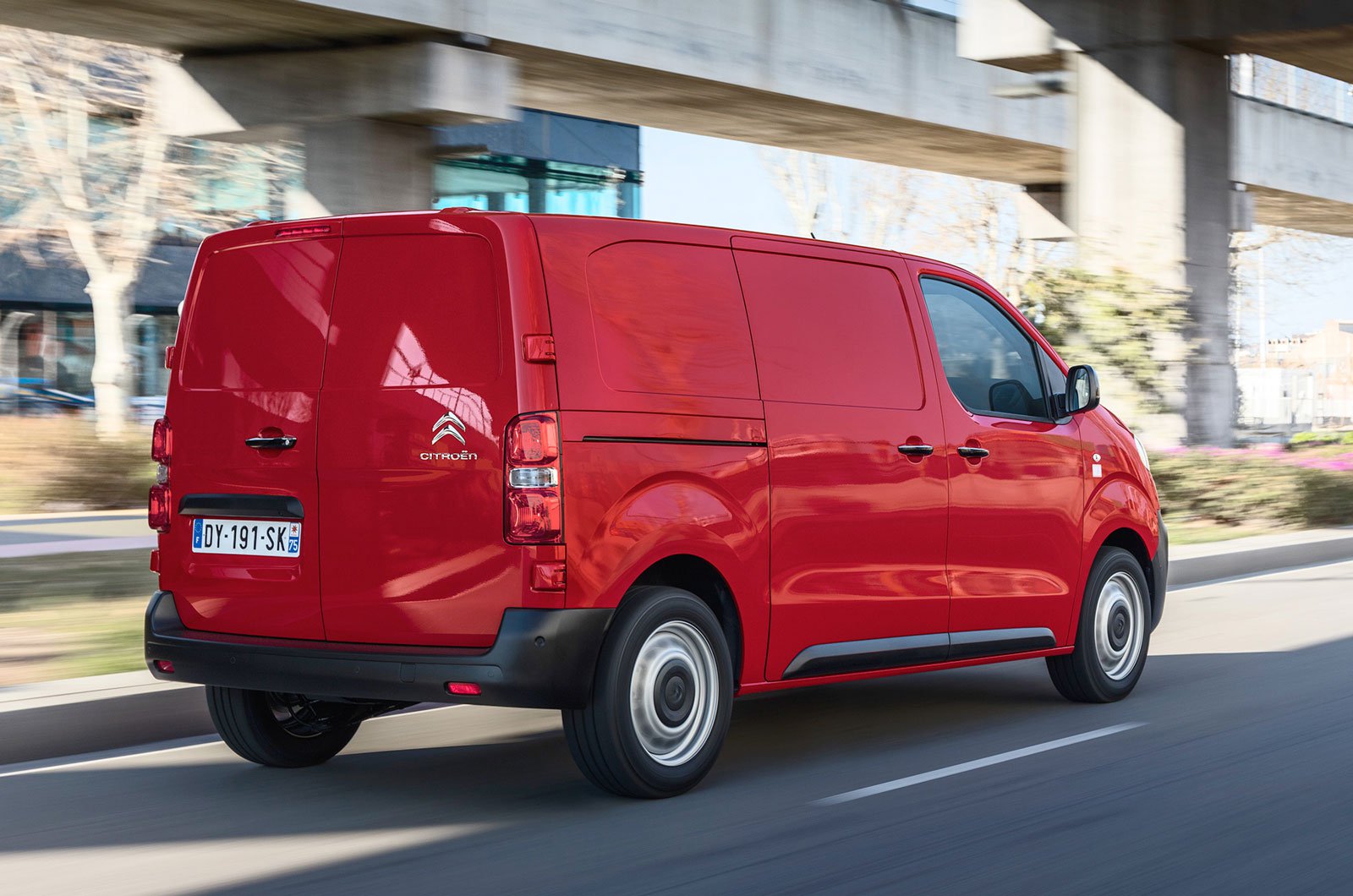 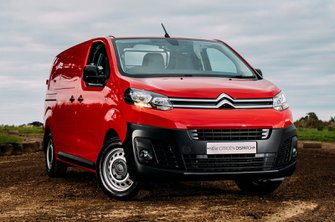 One of the most economical, practical and (if you’re willing t...