There’s a selection of petrol and diesel engines available for both the Tipo hatchback and Tipo Station Wagon. There are two 1.4-litre petrols, one with 94bhp and a turbocharged version with 118bhp. The two diesel engines are a 95bhp 1.3-litre and a 118bhp 1.6-litre.

So far, we’ve only tried the most potent petrol and diesel engines. Although each can go from 0-60mph in less than 10 seconds, the Tipo never feels especially brisk. On paper, the 1.4-litre turbocharged petrol engine is quickest, although  the 1.6 diesel feels more muscular on the road, thanks to its extra low-rev grunt.

Although it sounds strained when you work it harder, the 1.4-litre turbo petrol is generally much smoother and quieter than the 1.6 diesel. The latter is rather gruff when accelerating and becomes coarse at high revs, although it settles down to a distant hum at cruising speeds. The Tipo isn't a great motorway car, though, because there's far too much wind noise around the windscreen pillars at 70mph. The six-speed manual gearbox is also notchy and feels imprecise, although it is at least light to operate.

Those who like to have fun behind the wheel will be better off in a Ford Focus, though. The Tipo doesn't feel keen to change direction, leans more when it does and ultimately doesn’t grip the road as well as the best family hatchbacks. Meanwhile, the steering is heavy at low speeds and vague on faster roads, making it hard to place the car, especially around tight corners. There's a 'city' button on the dashboard that makes the steering lighter, but this is only really useful when parking.

There’s more bad news if you’re hoping the Tipo’s stodgy handling translates to a comfortable ride. Yes, it has fairly soft suspension, but there’s always an underlying quiver through the body – even along roads that look respectably smooth. Rivals such as the Vauxhall Astra and VW Golf are much better at smoothing over potholes more effectively, while staying more settled on the motorway. 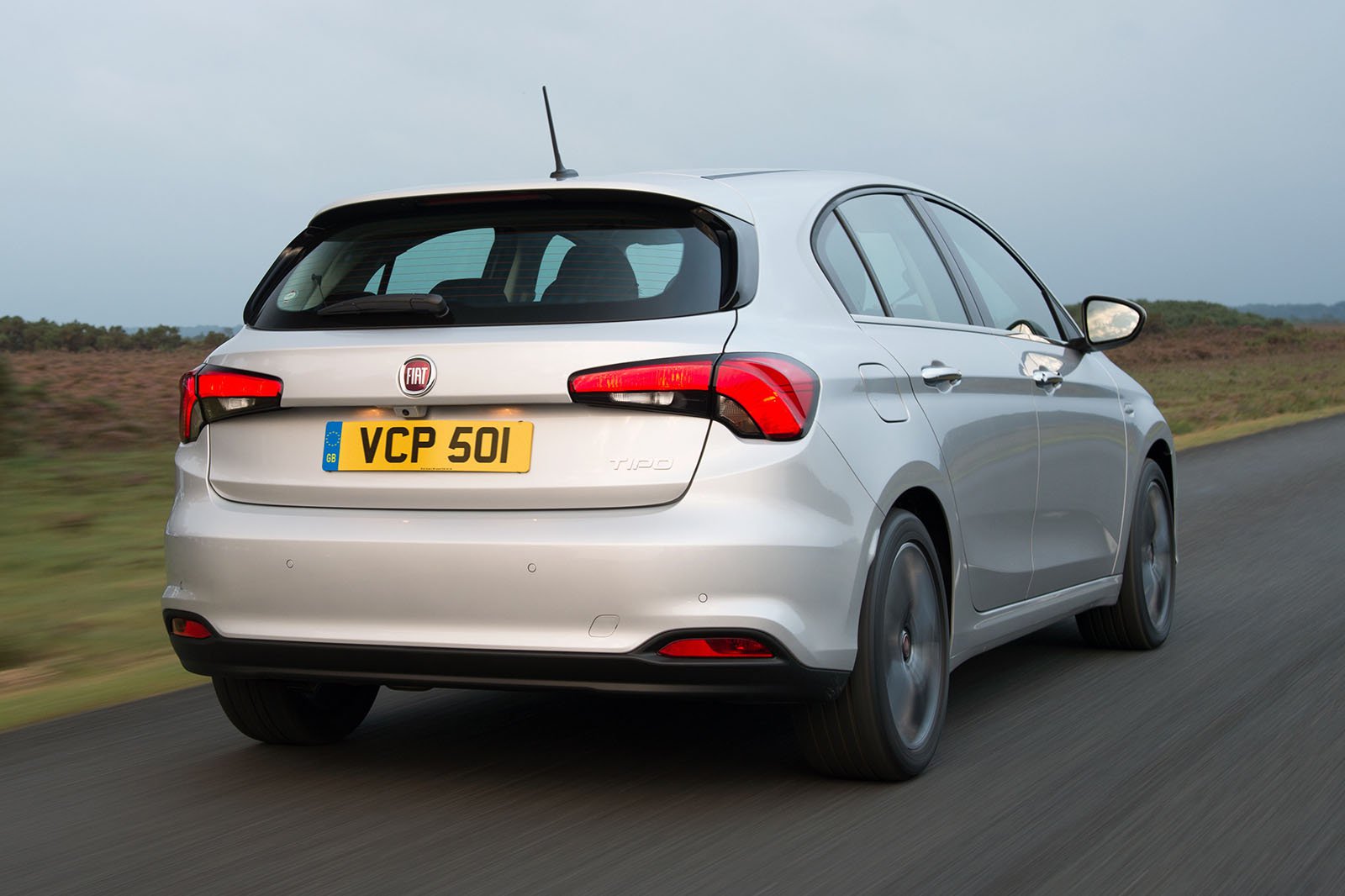