Let's begin with your choice of engines. The 2.0-litre 148bhp engine (EcoBlue 150) is the more popular of the two and pulls the Galaxy along at a decent lick, while also proving flexible enough to suit both town driving and motorway cruising. What's more, as you'll read later on in our review, it offers the better blend of performance, fuel-efficiency and cost.

If you want more power, the 187bhp version (EcoBlue 190) has the same 2.0-litre capacity with, supposedly, an extra slice of va-va-voom. It does have a bit more low-down shove, but it doesn’t feel like enough of a step up from the EcoBlue 150 to warrant the further outlay.

The standard six-speed manual gearbox is precise and slick, but the optional eight-speed automatic is less enamouring. It’s pretty responsive on kick down but, every now and again, it thuds between gears and it takes an age switching between drive and reverse. If you’re parking on a hill, it'll start rolling as if it’s in neutral before the gear engages, and this is massively frustrating.

The Galaxy offers a measured ride. It takes the edge off all but the harshest of bumps around town, and you'll notice more disturbance from the noise of the wheels thudding over potholes than you will from the impact of the potholes themselves. On faster roads, the ride acquires greater levels of polish and the peace and quiet inside is admirable; there’s a bit of background road and wind noise but nothing intrusive. The engines (all of which run on diesel) are mostly quiet, too, once up to normal operating temperature.

The handling is rather surprising for such a tall car – in a good way. Okay, the Galaxy tilts over when you push it hard in bends, but it feels grippy and balanced, with nicely weighted steering that allows you to guide the nose accurately. Around town the steering is light and the turning circle isn’t too shabby when you need to perform a quick U-turn. 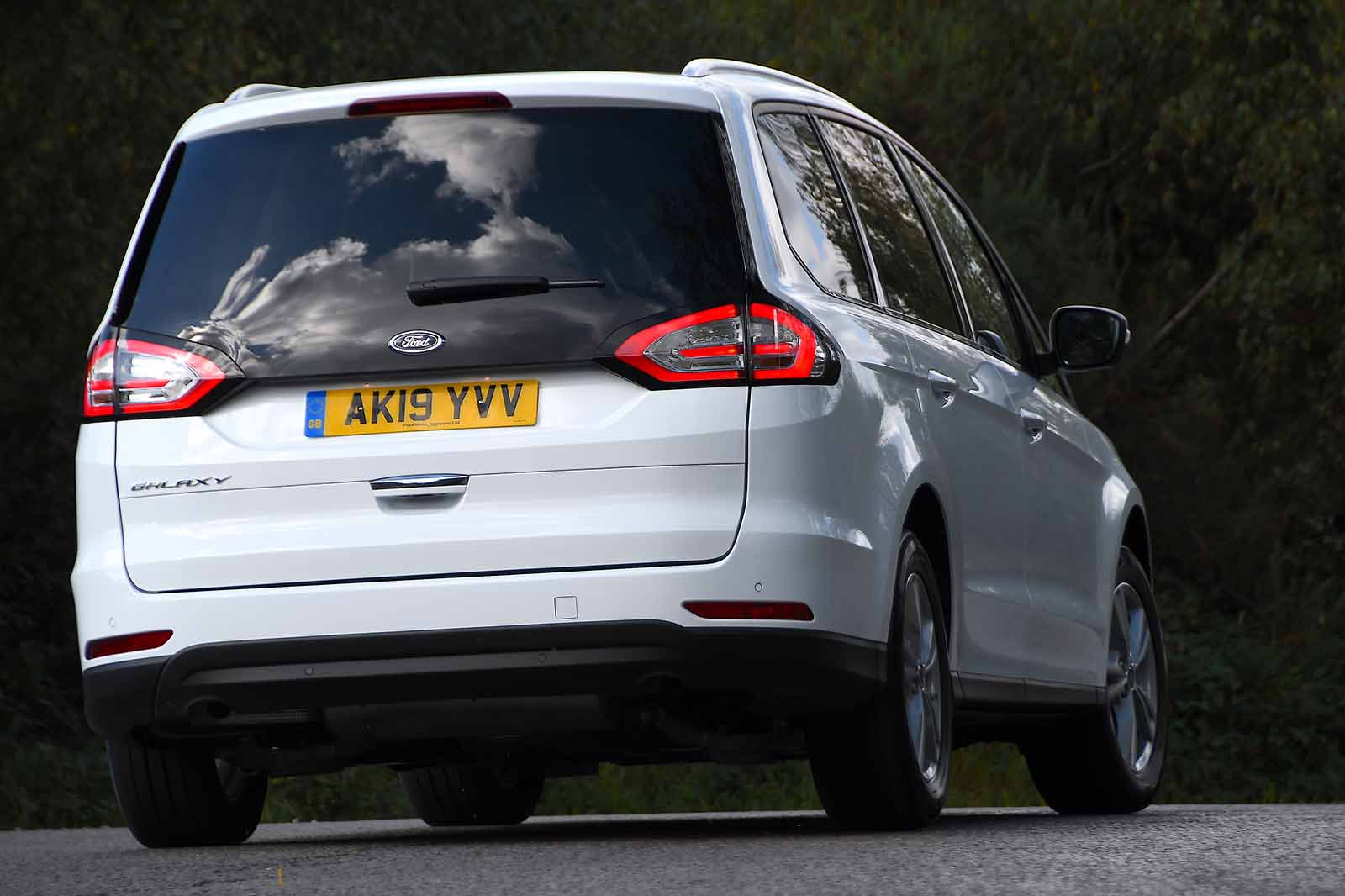