Compared with the Audi R8 and McLaren 570S, you sit surprisingly high behind the wheel of the NSX, limiting knee and head room for taller drivers. There's plenty of height and reach adjustment to the steering wheel, though, so your feet will meet the pedals without the need to contort your legs at odd angles. While it takes some time to acclimatise to this relatively lofty driving position, its height means you can clearly see the front flanks of the car, so it’s easy enough to judge its size on tight roads.

In fact, visibility is good in general. Sure, it’s not comparable to that of a family hatchback, but good-sized door mirrors make spotting traffic to the side easy, while a large rear window helps you to see what’s following behind. For reverse parking you will be thankful of the standard rear-view camera, although you’ll lament the lack of standard front or rear parking sensors.

Things are less commendable when you cast an eye around the dashboard. The fussy button layout requires plenty of familiarisation, and at this price range the infotainment system is downright poor. It looks and feels like an aftermarket add-on rather than a manufacturer installation; the 7.0in touchscreen’s confusing menus and small icons are tricky to hit while driving. The system is slow to respond to inputs and the graphics look old-fashioned, too. And if you were expecting sat-nav to be included, sorry, that’s an expensive option. Thankfully Apple CarPlay and Android Auto were introduced as standard equipment in 2019.

For the NSX’s exalted list price the perceived quality is also a let down. The standard leather seats have a cheap-looking sheen, the buttons feel ordinary instead of well damped, and the trim highlights around the dashboard are distinguished only by their cut-price feel. Compared to any rival of equivalent money, particularly the Audi R8, the NSX has a decidedly cut-price look and feel inside. 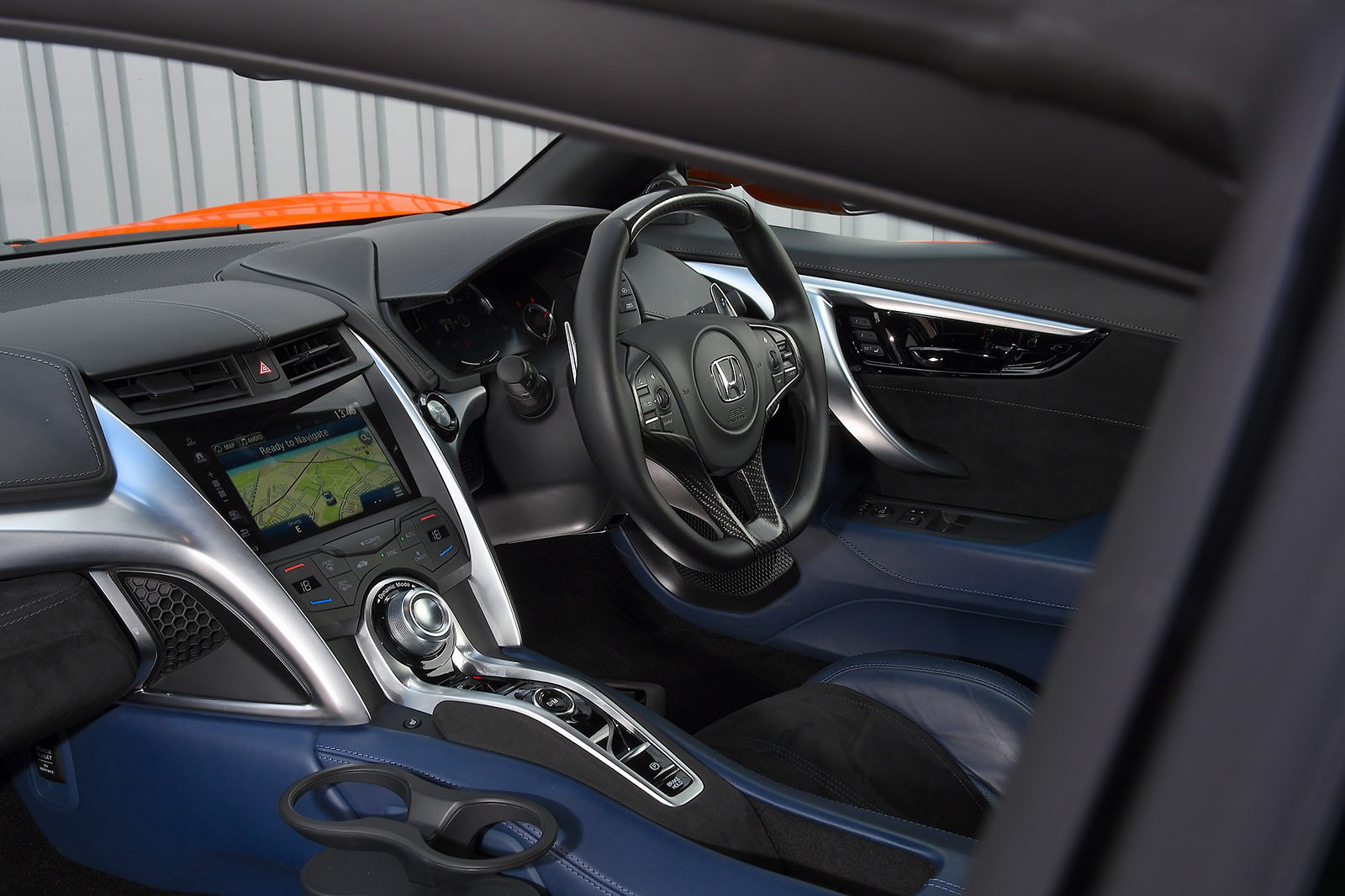