In 2001, the Jaguar X-Type was launched to much hoopla as the British brand’s rival to the BMW 3 Series, and a car that would expand Jaguar’s production numbers towards the level of German rivals. Sadly, things didn’t pan out that way.

The fact that the X-Type was based on the same mechanicals as the second-generation Ford Mondeo was both a blessing and a curse; it meant it had sharp handling, but that it missed out on rear-wheel drive and was seen by my many people as a Ford in drag.

Early cars were also bedevilled by quality issues, while the old fashioned looks came in for heavy criticism, as did the fact there was initially no diesel engine.

All of which overshadows the fact that the X-Type is actually a decent vehicle. In addition to being good to drive, it had space for four adults, a large boot and, if you can stretch to a post-2003 car, frugal diesel engines.

So, the X-Type almost broke Jaguar financially, but it’s a far better car than that would suggest. 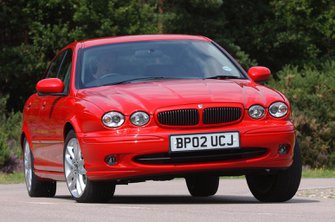