In terms of engines, the sole diesel in the Jaguar XF Sportbrake line-up, badged D200, is our favourite. It might not be quite as quick on paper as a BMW 520d Touring (0-62mph takes 7.6 seconds in the BMW opposed to 7.8 in the Jaguar), but it feels impressively punchy from low revs and is plenty quick enough to whisk you up to motorway speeds without any fuss.

Four-wheel drive is available, but, since the rear-wheel drive version is cheaper, more economical and has more feelsome steering, we wouldn’t bother unless you live in a particularly weather-beaten part of the country.

Surprisingly, the range-topping 296bhp 2.0-litre turbocharged petrol P300 (only available with four-wheel drive) doesn’t feel significantly quicker than the D200 diesel, despite having significantly more power. That’s because you really have to rev it out to tap into the full performance on offer – peak power comes in at a heady 5500rpm.

While a revvy petrol engine might sound well suited to a sports-orientated estate, the eight-speed gearbox (fitted to all XFs) can be a bit sluggish to respond when you ask for a quick burst of acceleration, and that rather undermines the point of plumping for the most potent engine.

If you have your heart set on a petrol XF Sportbrake, we reckon your best bet is the less powerful 247bhp P250. It provides perfectly adequate performance, and is more frugal, cleaner, and quite a lot cheaper than the P300. It has the same gearbox sluggishness as the P300, along with some other refinement issues that we’ll get to later.

The XF Sportbrake keeps you comfortable in standard SE-guise too, with expansion joints and larger road scars passing beneath the car with minimal fuss, while its body stays well tied down over dips and crests. True, it doesn’t ride quite as well as the BMW 5 Series Touring, but it’s still very impressive.

Rear-wheel drive R-Sport models with either the D200 or P250 engine have a lower, stiffer sports suspension set-up, but low-speed ride comfort suffers as a result. If you go for one of those models, we’d recommend opting for adaptive suspension, which Jaguar calls Adaptive Dynamics, as it strikes a good compromise between tight body control and a pliant ride.

Unlike the XF saloon, the XF Sportbrake comes with self-levelling air rear suspension. Happily, it doesn’t upset the XF’s wonderfully innate sense of balance and composure, even on the roughest of surfaces, so threading the car down a twisty road is a surprisingly engrossing experience. Its steering is also beautifully weighted, precise and quicker than the rack in the 5 Series Touring, making it one of the sweetest-handling estates you can buy.

In terms of refinement, the D200, might not be quite as hushed as the Audi A6 Avant 40 TDI under hard acceleration, but it’s quiet and subdued around town and at a cruise. The P300 petrol is even smoother and quieter. It’s just a shame that the latter doesn’t make a more sporty sound when revved to the redline.

Wind noise, meanwhile, is not a major problem, with only a slight whistling from the windscreen pillars at higher speeds, although there is a fraction more road noise than you get in the A6 Avant or 5 Series Touring. You might also notice a few engine vibrations through the steering wheel at a cruise, while the standard eight-speed automatic gearbox can frustrate with its tendency to dawdle during shifts.

The Jaguar XF Sportbrake's petrol engines suffer from a stop-start system that likes to dilly-dally, especially in the P250 we tried. It isn’t the smartest system we’ve tested because it requires you to stab the accelerator to wake up the engine, and can often leave you languishing at the traffic lights. Diesel engines have a much more unobtrusive alternative incorporated within its mild-hybrid tech, which manages to cut the engine in and out without delay and fuss. 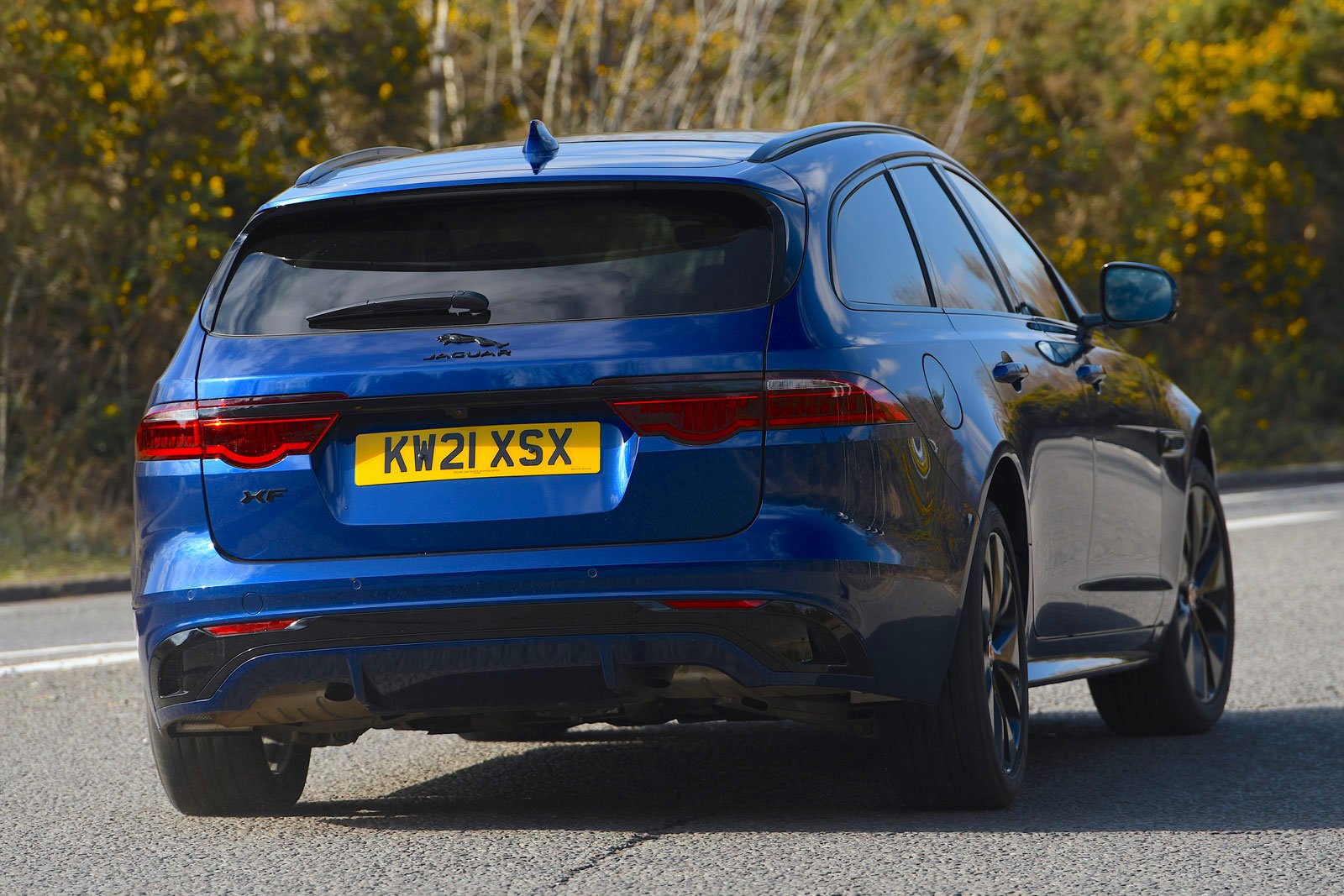