The 138bhp 2.0-litre diesel is not particularly fast. You have to work it hard to make decent progress, which will dent its economy. We haven’t driven the 2.0-litre 170bhp diesel or 3.2 V6 petrol versions yet, but we’ve found the 197bhp 2.2-litre diesel to be fairly punchy in normal driving conditions.

From 2500rpm the Cherokee 2.2 pulls urgently and only starts to tail off once you get above 3500rpm. You’ll seldom need to take it higher. Buyers should expect the 185bhp 2.2 diesel model to feel similarly punchy, so it could be a good middle-ground choice. It’s also worth going for the nine-speed automatic gearbox, if your budget can stretch to it and it’s offered with the engine you want. The six-speed manual has a heavy, notchy shift which doesn’t suit the Cherokee’s laid-back feel as well as the auto. The auto, on the other hand, is a smooth-shifting unit that rarely has to hunt for the right gear. Automatic Cherokees also have a higher towing limit of 2475kg – over 600kg more than the manual models. On the downside, the auto can be slow to respond when you ask for a quick burst of speed.

Unfortunately, regardless of their power output the diesels are very noisy and coarse-sounding, while the Cherokee itself suffers from a fair amount of intrusive wind and tyre noise at motorway speeds.

Around town the Jeep soaks up bumps and potholes tolerably well, feeling settled and comfortable. Body control is a little slack, however. The car leans heavily through corners and rocks about slightly as it goes over speed bumps. Ones we’ve tested have also creaked and rattled over more significant bumps. The steering only adds to the feeling of slackness because it’s inconsistently weighted, but it still allows you to place the car precisely enough. 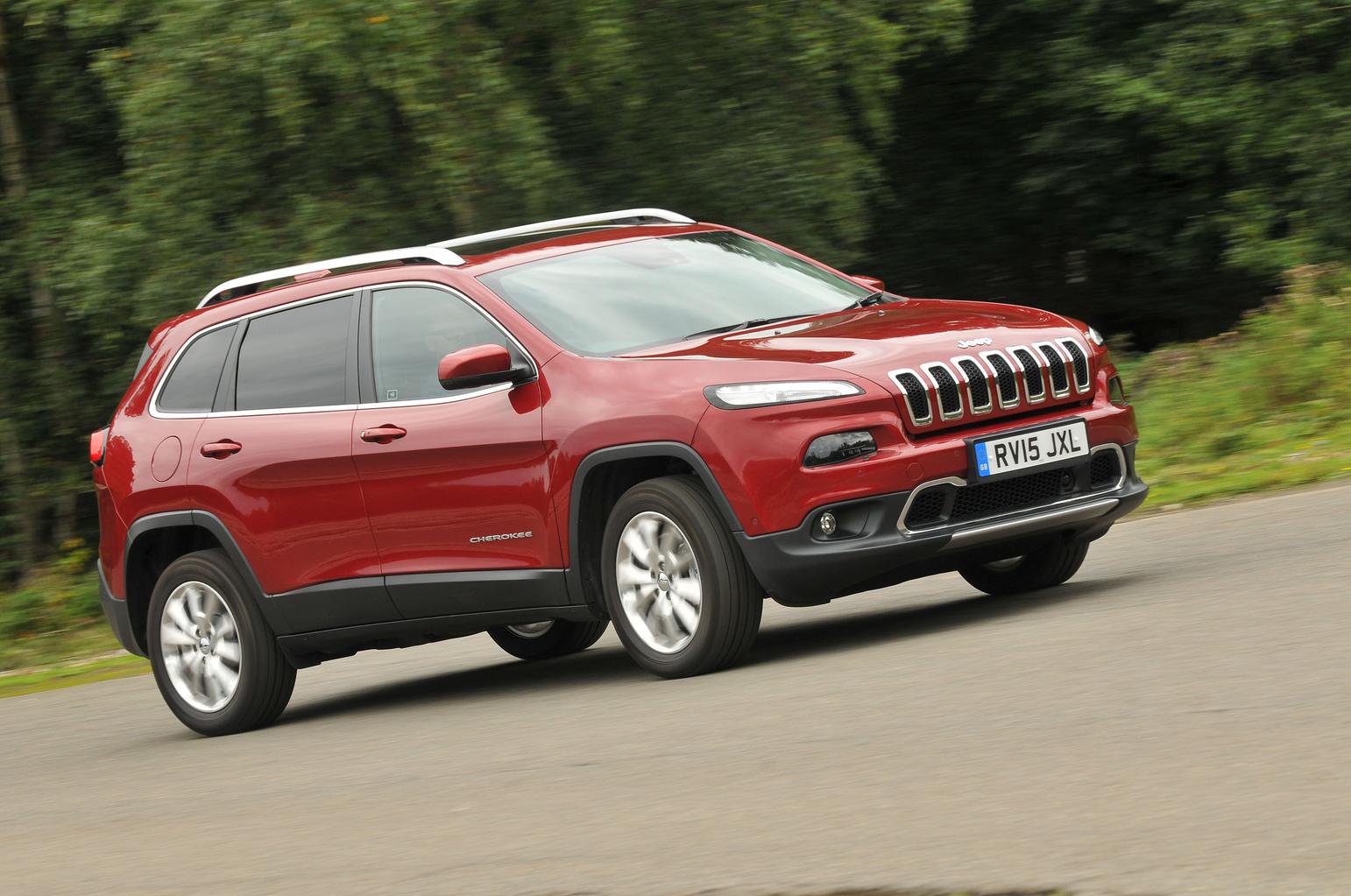