What used Land Rover Range Rover 4x4 will I get for my budget?

How much does it cost to run a Land Rover Range Rover 4x4?

Compared with almost any other 4x4, the Range Rover looks expensive to buy. It's only when you look at it next to luxury cars such as the Lexus LS or Jaguar XJ that it starts to look like sensible value.

Again, by 4x4 standards, the Range Rover's running costs look prohibitively expensive, but next to luxury cars', they're not too bad. Insuring and servicing a Range Rover won't actually cost much more than a Discovery, for example, and it's much cheaper in both respects than a Lexus or Jaguar.

Only fuel economy and repairs are frightening prospects. Even the diesel versions return just 27.5mpg on the combined cycle, and you'll struggle to see much more than 20mpg from any of the petrol engines. Warranty Direct tells us that, when you need to have repairs done, not only are average labour rates among the highest, so are average repair bills. 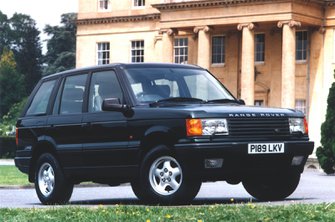