First impressions of the Maxus e Deliver 3's interior are quite encouraging. The plastic surfaces are broken up by the use of several tones and textures. The central, horizontal portion of the dash has plenty of sculpted angles to make it look modern and contoured to the driver and passenger, while the surround of the screen has a smart piano black finish. It looks worlds apart from the interior of any van that has previously worn the Maxus badge. However, it's a shame that many of the plastics you touch and look at the most – such as the indicator stalks and the instrument cluster – feel and look low quality. It’s a great shame given those strong initial impressions.

The e Deliver 3 does, however, have a decent level of equipment as standard, with electric mirrors, heated seats, air conditioning and a multi-function steering wheel to control the 7in touchscreen and cruise control. There are also parking sensors, a reversing camera and automatic headlights – features that don’t appear as standard on many regular vans or electric vehicles.

It’s a generous standard package that is slightly let down by the sometimes glitchy infotainment system. There’s a detailed trip computer showing kWh battery data, consumption and range, but the radio struggles to keep a signal and we found ourselves having to reset it several times after switching menus. Issues like this will likely be solved with a software update in time, so it is worth testing these functions yourself and enquiring after updates with the dealer.

Storage isn’t particularly plentiful; the open glovebox, fairly narrow door pockets and trays between the seats are the main places you can put odds and ends. 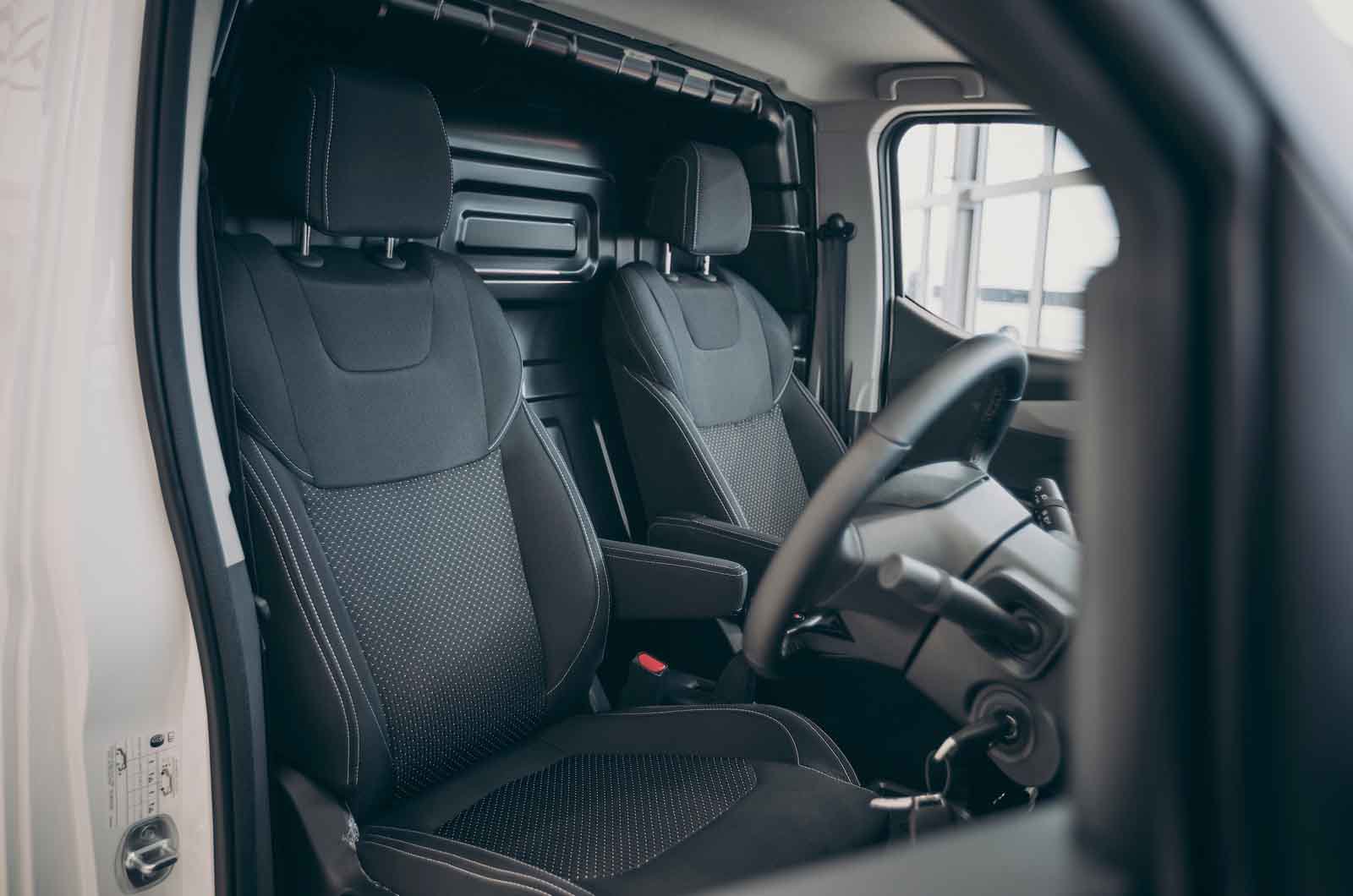