The CX-3 isn’t a particularly cost-effective small SUV. It’s expensive to buy, for starters, especially if you go for one of the higher-specification models.

Mazda expects most buyers to opt for a PCP finance scheme rather than buying outright, but even then the CX-3 is costlier to buy than many of its rivals. It’s cheaper to service than other alternatives and holds its value well, though.

The diesel offers the lowest emissions and highest claimed economy of the range, so it’s likely to appeal to company car drivers the most. Don’t overlook the petrol models if you’re a private buyer – especially if your annual mileage is quite low – but bear in mind that rivals tend to be vastly more efficient

There are three trim levels in the CX-3 range: SE Nav+, SE-L Nav+ and Sport Nav+.

The mid-spec SE-L Nav+ builds on that with the likes of LED front foglights, privacy glass, climate control, heated seats and rear parking sensors. It’s a pricey step up from the SE Nav+, but we reckon it’s worth the extra.

Pricey Sport Nav models have additional, useful features that include LED headlights, keyless entry, a head-up display, a heated steering wheel and a rear-view camera, but also add many cosmetic enhancements that add little value. Their bigger 18in wheels return a rather bumpier ride, too.

The CX-3, at least pre-facelift, didn’t quite match that score, though, finishing mid-table in the small SUV class.

Better news is that a three-year/60,000-mile warranty is standard, although it’s worth bearing in mind that brands including Hyundai and Kia cover their small SUVs for longer. 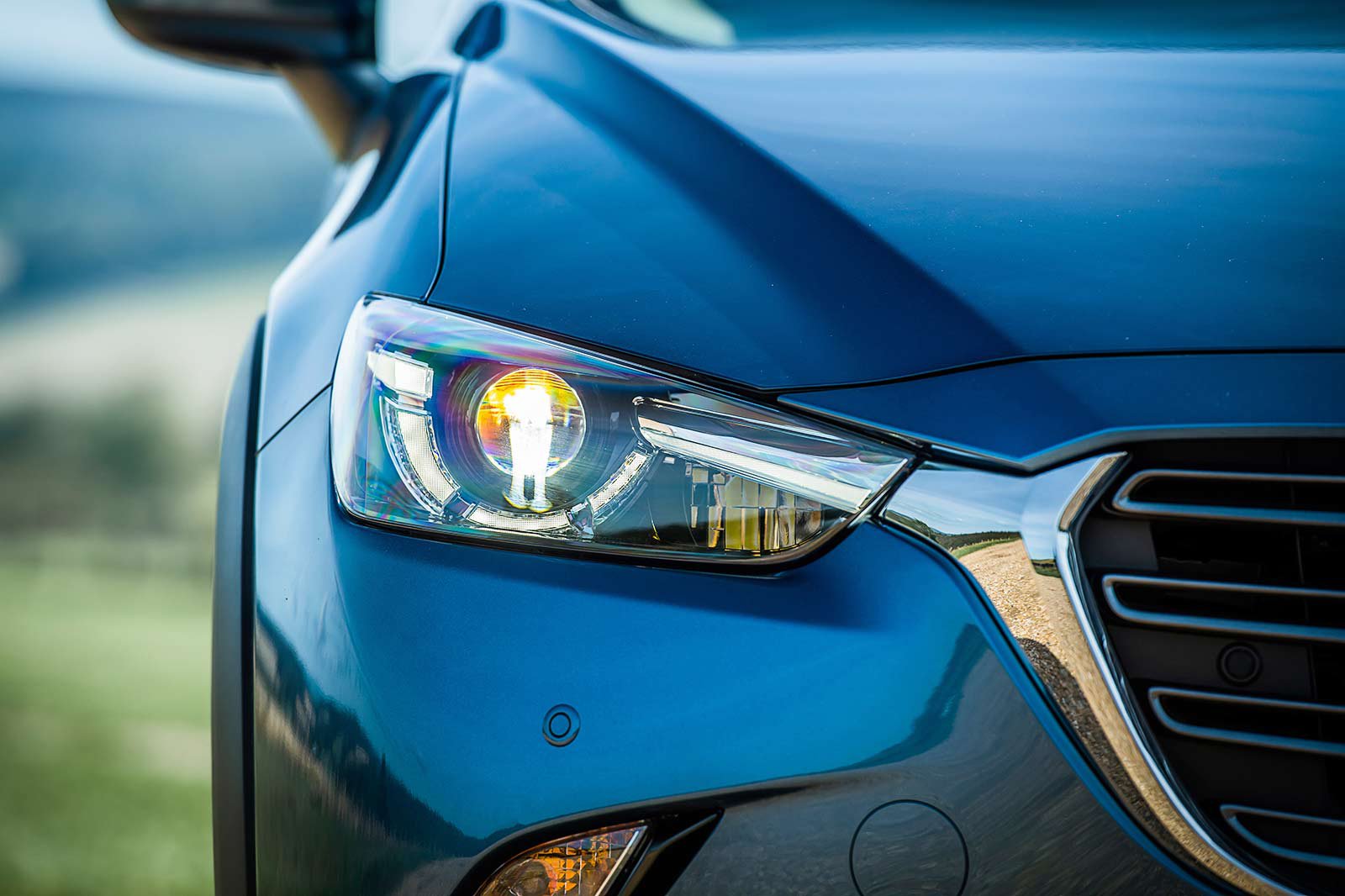 Every CX-3 comes as standard with a decent amount of safety equipment, including six airbags, stability control, hill hold assist, tyre pressure monitoring and a speed limiter. A tyre repair kit is also standard across the range.

SE-L Nav and Sport Nav models feature city automatic emergency braking to reduce the likelihood of a bump in town, and lane-departure warning is on hand to alert you if you drift from your lane on a motorway or well-marked country road.

A Thatcham Category 1 alarm is fitted to all CX-3s.