What should I look for in a used Mini Convertible sports?

As with most used car purchases, check that all the electrics work as they should, the air-con still throws out cold air and there are no warning lights on the dashboard. The interior is well made and uses quality plastics, but make sure the seat material is in good condition considering it is exposed to the elements more than the regular Mini hatch.

You should pay close attention to the folding soft-top roof, because this is a highly complex part that’ll cost a fortune to repair if it is damaged. Make sure it folds correctly and that there are no rips on seams or any loose stitching. If you want to check for water leaks, head to an automatic car wash – all modern convertibles are designed to handle being washed in such a way and it’s a great opportunity for you to examine all the seals and spot if any water gets past them.

A problem with the crankshaft sensor fitted to some diesel models manufactured between 22 May and 13 June 2018 could result in rough running and an engine malfunction warning light to illuminate. The engine could also stall, too. Speak with your local dealer if you think your car is affected, because it will need a new sensor if it is.

For early vehicles made from the start of production until 30 September 2014, the emergency spare wheel (if fitted) may work loose from the underside of the car.

The front seat backrests on Minis produced between 1 August and 30 September 2014 could have some play in the mechanism. This could, in the event of a collision, lead to injury because the seat may not remain in an upright position. 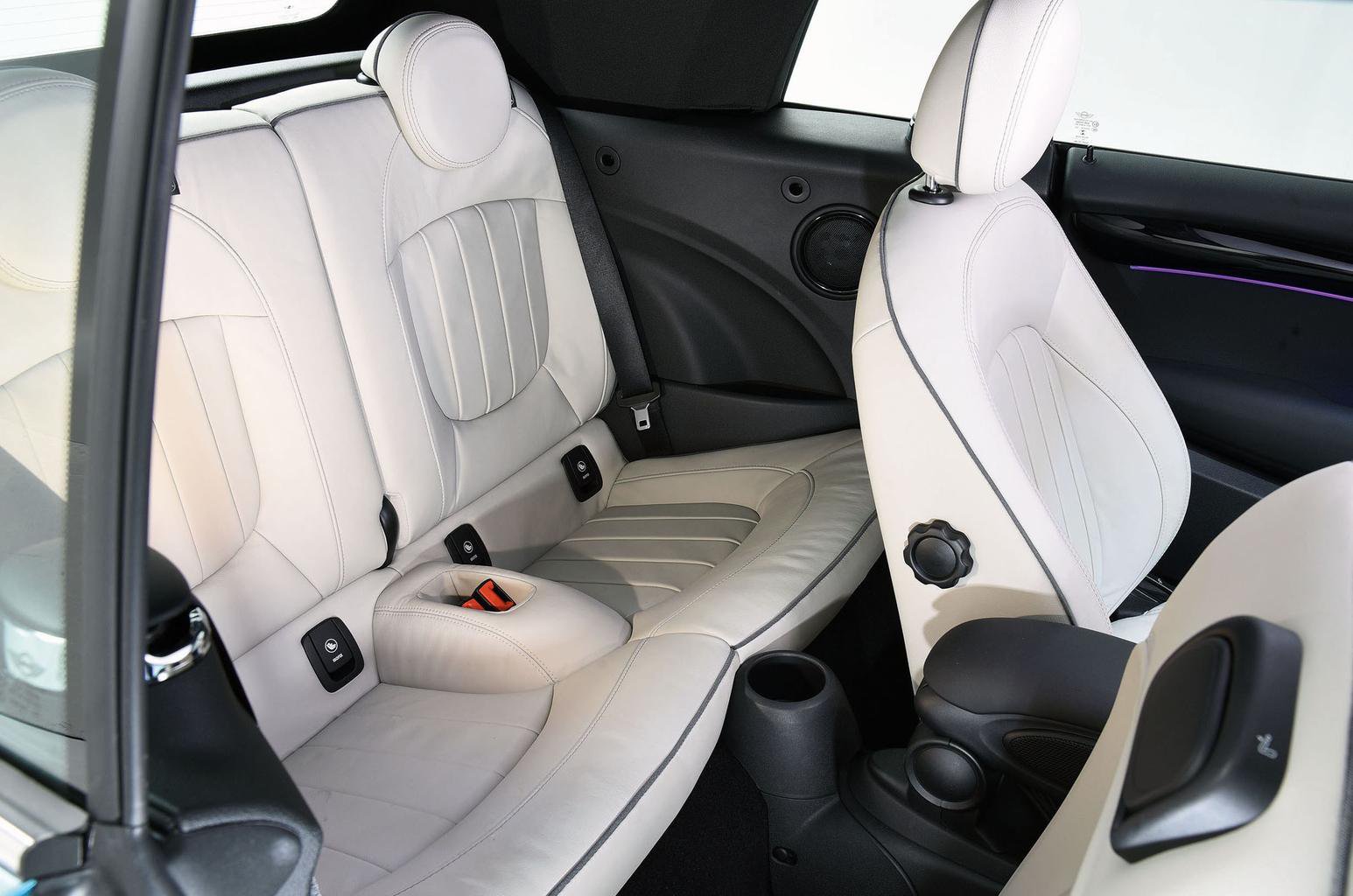