Before we dive into the L200’s driving characteristics, it’s important to establish its utilitarian calling in life. This pick-up can carry just over a tonne of cargo in its load bay, pretty much matching the class benchmark. It can also tow a braked trailer of up to 3.5 tonnes, which is pretty much the class standard.

The L200 can also scramble over challenging off-road terrain thanks to four-wheel drive being standard across the range, along with a lockable rear differential. Mid-range Warrior models and above, though, come with selectable off-road driving modes that alter how the gearbox, throttle response and stability control behaves. Using these, you get the traction to suit the prevailing conditions without having to think about it; the system just sorts it out for you.

The L200’s relatively primitive yet sturdy chassis construction is well suited to hard work, but brings compromises when travelling without a payload. Catch a bump, ridge or pothole and the L200 jolts, twitches and shudders, and you wouldn’t encounter the same disturbances in a large SUV. If you’re looking for a comfier ride, the Volkswagen Amarok is the best-riding pickup currently on sale. On a typical motorway, however, the L200's ride settles and it becomes a more easy-going companion. Road noise is as well contained, for a pick up, and wind noise isn't too bad, either.

Turn onto twistier roads and the L200 isn't great to drive. In fairness, most pick ups suffer in comparison with modern SUVs in this regard, but again, the Volkswagen Amarok and the Ford Ranger handle better. The L200's steering is vague and doesn't offer much in the way of feedback, and if you press on, the front wheels have a tendency to run wide. It gets upset by mid-corner bumps, too.

The brakes feel more than capable of stopping the L200, even at its maximum-allowed weight, while the standard-fit, six-speed manual gearbox has a satisfying, mechanical action. The six-speed auto 'box changes reasonably smoothly but can be a little delayed when kicking down.

As for the 148bhp 2.3-litre diesel engine, it pulls strongly from low revs and has enough in reserve to maintain an easy cruise on motorways, but ultimate acceleration is leisurely rather than brisk. Rivals, such as the Amarok, offer much more powerful diesel engines for those who need more pace or pulling ability.

The Amarok also offers V6 diesel engines that are smoother than the L200's four-cylinder unit. Although it's relatively quiet and smooth next to the equivalent four-cylinder engines in the Nissan Navara or Toyota Hilux, it's far from hushed when you work it hard. 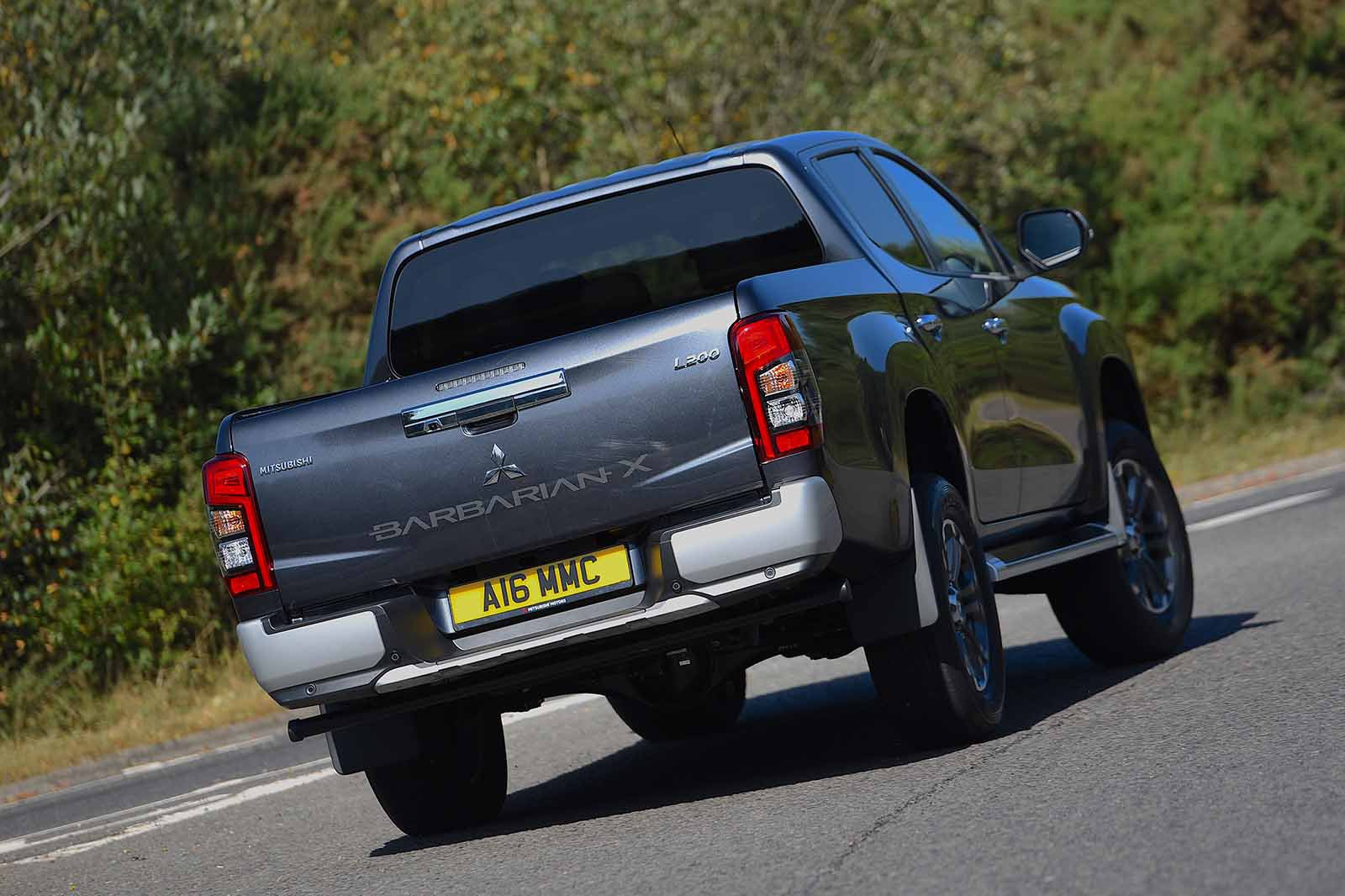 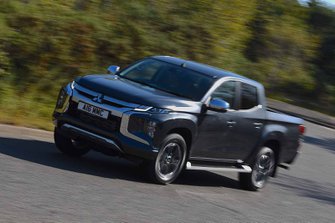