The Alfa Romeo Mito Quadrifoglio Verde looks expensive next to hot hatch rivals such as Ford's Fiesta ST and Renault's Clio Renaultsport. Does it perform and handle well enough to make it worth t... 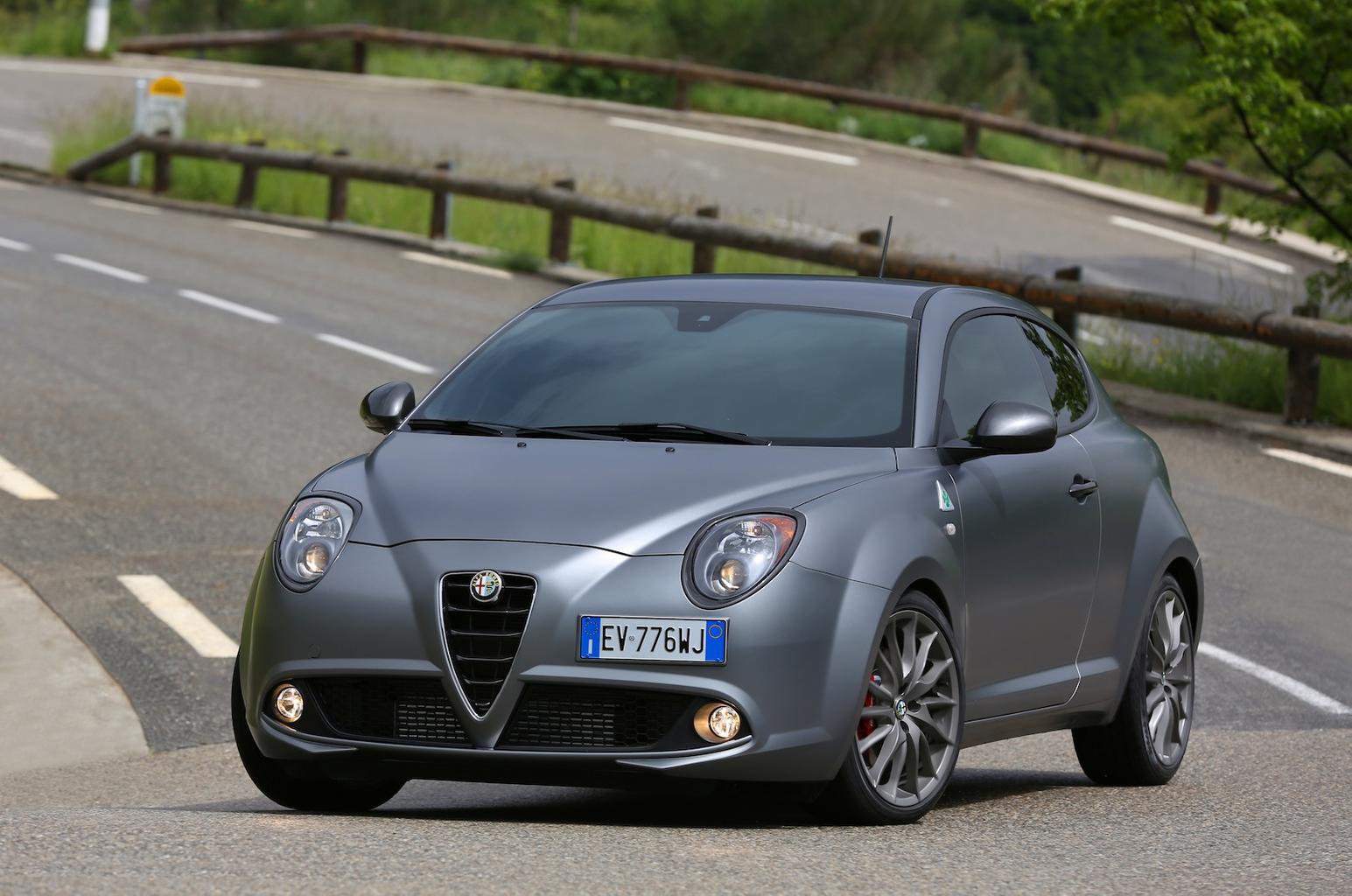 Its engine remains unchanged - it gets the same 1.4-litre petrol turbo, and still produces 168bhp. However, the introduction of Alfa's standard six-speed twin-clutch TCT gearbox means the Mito is quicker, while its fuel economy and CO2 emissions have both been improved.

Even so, priced at £20,210 the Mito Quadrifoglio Verde has a lot to prove to those also considering the cheaper – and brilliant to drive – Ford Fiesta ST.

What’s the 2014 Alfa Romeo Mito Quadrifoglio Verde like to drive?

In its sharpest D (Dynamic) mode – one of three, the others being N for Normal and A for All-weather – the Mito's new TCT gearbox helps it accelerate to 62mph from stationary quicker than before.

Even so, the 7.3 seconds it takes is slower than its main rivals, and it feels it on the road, where the Mito is more a lukewarm hatch than a hot one. Its engine has to be thrashed to make swift progress and although 184lb ft of torque is a healthy number for a car of this size, there's a long pause before it arrives at around 2500rpm.

To make matters worse, when driven hard the auto 'box pauses on downchanges in auto mode. Opt to change gear yourself using the wheel-mounted paddles gets better results, helping you to keep the engine in its (relatively narrow) sweet spot.

Despite all Mito QVs getting upgraded Brembo brakes, slowing down is equally frustrating, because the brake pedal has too much 'dead' travel before it starts to apply the brakes and scrub off speed.

At lower speeds around town, the Mito's light steering and small dimensions make it an easy car to park, and great for nipping in and out of traffic. The handling starts to fall apart on faster roads, though, where its steering feels slack around the straight ahead, slow to react and unevenly weighted.

This doesn't give you much confidence when attacking tight corners at speed, and together with the its poor body control, the Mito is easily out-handled by rivals such as the sharper Ford Fiesta ST and more pliant Renault Clio Renaultsport.

All top-spec Mitos get an Active suspension system, which allows you to stiffen or soften the dampers depending on which driving mode you select. Yet even in softest N mode on our Italian test route, the Mito was easily unsettled by crumbling Tarmac and larger imperfections crashed into the cabin.

It isn't a particularly relaxing cruiser, either, because although there isn't much wind or engine noise in the Mito's cabin, there's far too much tyre roar.

What’s the 2014 Alfa Romeo Mito Quadrifoglio Verde like inside?

The Mito's front passengers have plenty of leg-, head- and elbowroom, but while it's easy to adjust the front seats' position, they both feel flat, with little lower back or side support. The Mito’s cabin has always been smartly styled, but lacking in substance, and the Quadrifoglio Verde is no different.

A unique flat-bottomed steering wheel, carbonfibre-effect dash and instrument cluster have been added, but despite these upgrades, perceived quality still falls well short of the standard found in similarly-priced premium rivals such as the Audi A1.

That said, it's good to see Alfa's new five-inch Uconnect touch-screen system is standard on the Quadrifoglio Verde, which includes sat-nav, DAB radio, Bluetooth as well as USB and aux-in connections. The graphics are not the sharpest, but it's reasonably responsive to your inputs.

In the back, adults will find the rear seats pretty cramped, and while the boot is a good size it has a high lip, which can make it difficult to load heavy items. The rear seatbacks also fold as one piece rather than splitting 60/40, too.

At least standard equipment is generous, because beyond the Mito's infotainment kit, it also comes with features such as 18-inch alloy wheels, climate control and rear parking sensors.

The best small hot hatches offer lots of bang for not much buck, and in this respect the Mito fails to compete with the cheaper, more powerful Ford Fiesta ST and Renault Clio Renaultsport.

The trouble is, these rivals also handle far better and are more spacious and practical.

True, the Mito Quadrifoglio Verde is well equipped and offers relatively low running costs, but it's off the pace in the areas that matter most to hot hatch buyers.