More for you |
Should I be worried about my car not having a service book? Best used large SUVs for less than £25,000Mercedes EQC long-term test reviewTrue MPG: most efficient diesel cars in the real world2021 Ioniq 5 SUV: what we know so far
Home
First drive
2014 Range Rover Evoque review
first drive 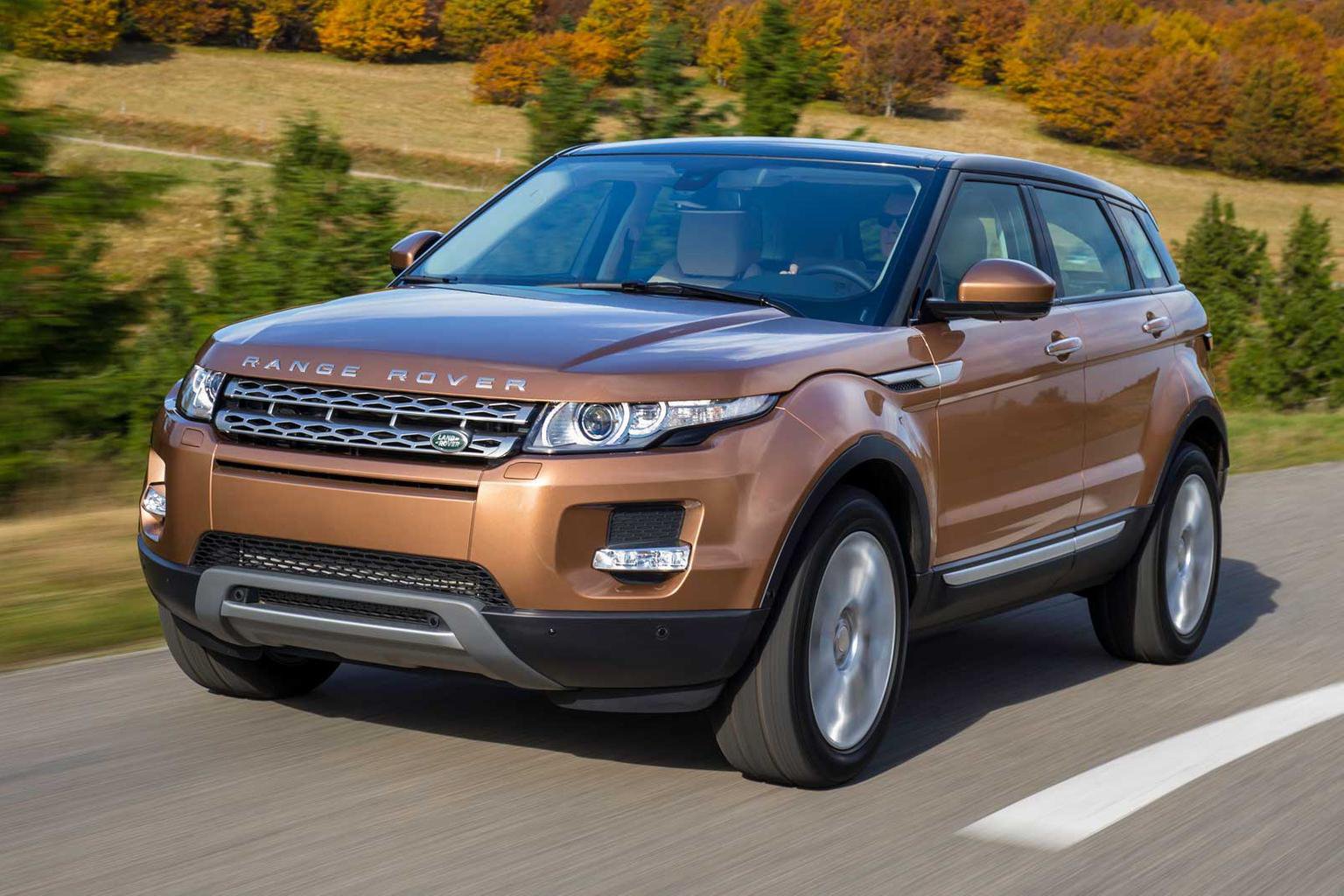 This is the new 2014 model year Range Rover Evoque.

It's been given a suite of technical changes to improve fuel economy and efficiency, most important of which is a new nine-speed automatic gearbox.

Other updates include engine stop-start technology (previously unavailable on automatic Evoques) and a new four-wheel-drive system called Active Driveline, which has fuel-saving benefits.

The system, which is only available on petrol models initially, lets the Evoque run in front-wheel-drive mode at speeds above 22mph, but it will also send power to the rear wheels when it senses extra traction is needed.

These new technologies have cut CO2 by up to 9.5%, while fuel economy is boosted by as much as 11%.

Even with its regular, permanent four-wheel-drive system, the 187bhp 2.2-litre SD4 auto diesel is a little more efficient than before, managing 163g/km of CO2 and an official average of 45.6mpg; the figures were previously 174g/km and 44.1mpg.

The figures should improve again later in 2014 when diesel models get the new four-wheel-drive system.

In addition to the mechanical changes, the revised Evoque is available with more convenience and safety tech, including a Park Exit system that can automatically steer the car out of parking bays.

Reverse Traffic Detection is also offered; this warns you of potential hazards during reversing manoeuvres.

Some extra colour and trim options complete the update.

We got the chance to sample the new gearbox only in a petrol-engined Evoque rather than the much more popular diesel version. Nevertheless, there was enough to suggest that it’s a big improvement.

The Evoque responds more sharply when you pull away from a standstill, and gearchanges are now swifter and smoother; the only time they feel jerky is if you suddenly ask for a burst of acceleration at low speed.

True, the gearbox does change up and down quite a bit on the motorway, but you're not really aware of this unless you look at the rev counter and see how its needle is rising and falling.

We'll be putting the car through our True MPG test in the coming weeks to see if it lives up to its fuel economy claims.

Exactly the same as the previous version of the car. That's no bad thing, though, because the Evoque has a classy cabin that contains plenty of equipment.

The Evoque is relatively comfortable and spacious for four adults, too – although getting into the back is tricky in the three-door (Coupe) version, and a BMW X3 has a much bigger boot.

Our bugbears about the Evoque's rear visibility remain, and the oversized door mirrors still make tight turns and mini-roundabouts a visual challenge.

Our biggest qualm with the old six-speed auto Evoque was its disappointing real-world fuel economy, even when it was combined with a diesel engine.

The latest nine-speed auto model has the potential to be a better proposition for everyone, then; company car buyers will pay less tax, due to the reduction in CO2 emissions, while private buyers will welcome any increase in efficiency.

The Evoque still isn't as good an all-rounder as the BMW X3, but it's decent to drive and classy inside. Its huge desirability helps keep resale values sky high, too.