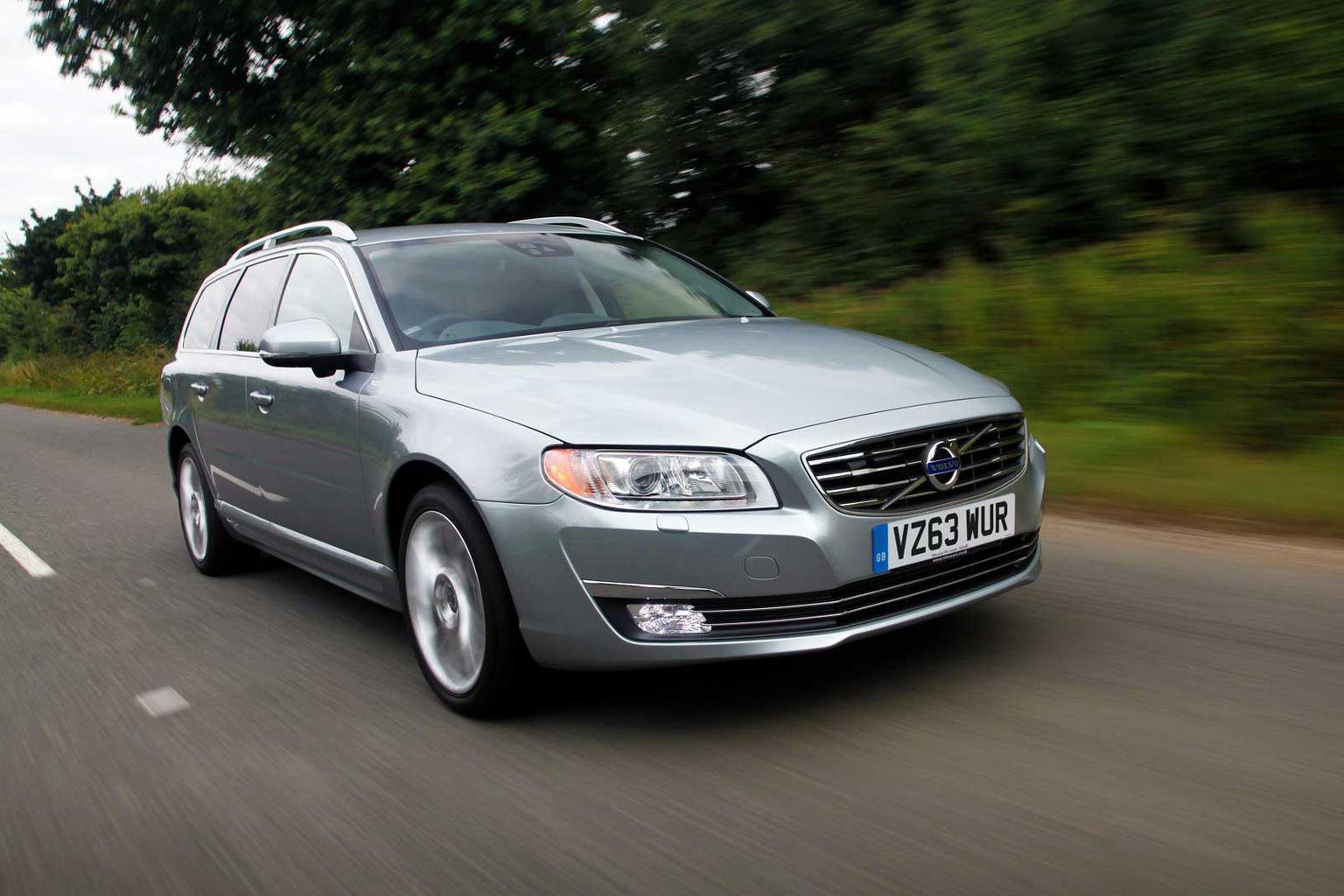 This is the first major update to the Volvo V70 since its launch almost seven years ago. The big estate also becomes one the first Volvos to get the company’s efficient new 178bhp D4 diesel engine.

While the V70 can’t match the 99g/km CO2 output of the S60 saloon, it still emits less than most other premium estate rivals, including the BMW 5 Series and Mercedes E-Class – which means it's cheaper to run as a company car.

We were impressed by the refinement of Volvo's new D4 engine when we tried it in the S60 saloon, but sadly it isn't as hushed in the V70. Granted, it makes far less of a racket than Volvo's older five-cylinder engines, but it still sounds grumbly around town and boomy when revved.

The eight-speed automatic Geartronic gearbox doesn’t work as well as it does in the S60, either. It’s indecisive at low speeds, and hangs on to gears for too long when you’re accelerating, which only adds to the engine drone. It’s nowhere near as slick as an automatic 'box in the BMW 5 Series Touring – or even the one in the VW Passat Estate.

The engine’s power is more impressive; there's plenty of pull across the range range, and acceleration isn't quite as smooth as it is in some rivals, it's easy enough to build speed progressively.

The V70 gets Volvo’s Four-C active chassis system that lets you choose three suspension modes: Comfort, Sport and Advanced. In reality, these settings feel little different from one another, and none help to counter the vague steering that doesn’t weight up consistently through corners.

The ride is also pattery over poorly surfaced roads, and around town the V70 shudders over larger ruts and bumps. The BMW 5 Series and Mercedes E-Class are both more comfortable options.

However, road noise is well contained at speed, so the V70 makes a decent long-distance tourer.

As you’d expect from a large estate car, there's plenty inside. Four adults have plenty of head- and legroom, so the V70 is well-suited to family outings.

You also get a well-shaped boot, although it is on the shallow side, so isn't ultimately quite as big as it looks. Its 575-litre space narrowly beats the Audi A6 Avant and BMW 5 Series Touring, but the vast Mercedes E-Class Estate has another 120 litres of space.

That said, all the V70’s cabin materials feel classy and durable. The dashboard smart enough, though not quite as flashy as a BMW 5 Series', and some of the controls on the centre console are rather confusing.

If you’re looking for a practical load-lugger for your company car, the new V70 D4 should be on your shortlist. Its low CO2 emissions and tempting price put monthly company car tax on par with an equivalent VW Passat Estate, and considerably lower than rivals from BMW and Mercedes.

However, if you can find the extra, the BMW 5 Series Touring is a much better car – and worth the extra. Private buyers have even more reason to choose the BMW, because its higher price is largely offset by much stronger resale values.

The VW Golf Estate is also worth considering. It might not seem like a natural rivals to the V70, but it's better to drive and almost as practical. It's also significantly cheaper – both as a private buy or a company car.