Vast estates in less obvious parts of the country tend to be far more affordable than an equivalent in the south. The same is true of the Audi A6 Avant. It's not as obvious a choice as the BMW 5 Series and Mercedes E-Class, yet it's just as luxuriously appointed inside and can be excellent value as a used buy, considering the huge choice of engines and gadgets it has compared with rivals.

Most A6s can be found with a diesel engine, because this generation harks from a time when buyers were encouraged to choose diesel power for its lower CO2 emissions. The majority will have a 2.0-litre engine in either 175bhp or revised 187bhp Ultra form from 2014 onwards. There are also multiple 3.0-litre six-cylinder engines, in 201bhp and 242bhp guises (later uprated to 215bhp and 268bhp), as well as in 309bhp and 316bhp twin-turbo BiTDI forms.

On the road, the Avant performs with all the suavity of the saloon. The 2.0 TDI is smooth and refined at all speeds and offers plenty of punch. The more powerful versions feel even more muscular and are equally refined. The seven-speed automatic gearbox shifts smoothly, too, with just the occasional jerkiness betraying it on downshifts.

The ride on the standard SE (later SE Executive) cars is called Dynamic, and it’s smooth and comfortable, but seeking out an S line car means 18in alloy wheels and a Sports suspension setup that doesn’t do the ride quality any favours. However, some S line cars will have been specified from new with the softer Dynamic suspension, and these models are worth seeking out. Moving up to the Black Editions brings 20in wheels and an even firmer ride.

The good news is that even the entry-level front-wheel-drive cars with the 2.0 TDI engine feel grippy and secure. The steering of most versions is not the sportiest or most communicative, but it’s light and fairly direct. As far as handling goes, the A6 Avant is safe and predictable in most guises, even if it’s not as much fun to drive as one or two of its rivals.

Every A6 Avant comes with Audi’s impressive MMI infotainment system, which is similar to the class-leading iDrive setup in the BMW 5 Series in that it consists of a central screen controlled by a dial between the front seats. The standard screen size is 6.5in, but you could pay extra to upgrade to an 8.0in display and an MMI rotary controller that can be ‘drawn’ on with your finger to enter letters and numbers.

There’s plenty of space up front and a good amount in the rear, so passengers should find it easy to get comfortable, even with three abreast on the rear seats. The boot is usefully shaped, a good size and easily accessible through the large tailgate.

If you're interested in buying a used Audi A6, or any of the other cars mentioned here, check out our used car classified site here. 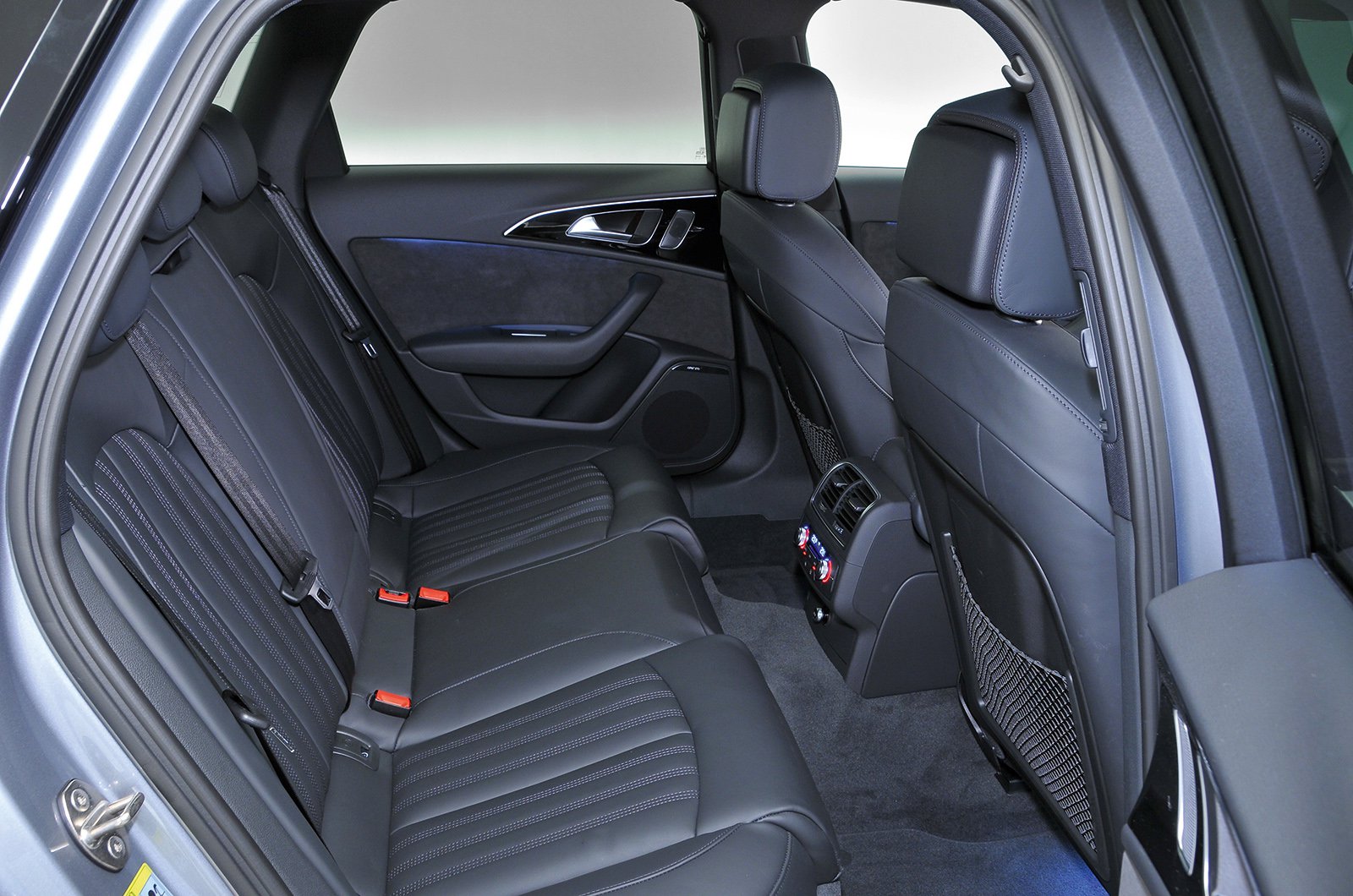