Now with an even slicker auto 'box and better refinement, the facelifted BMW 320d deserves its default status in the executive saloon class more than ever... 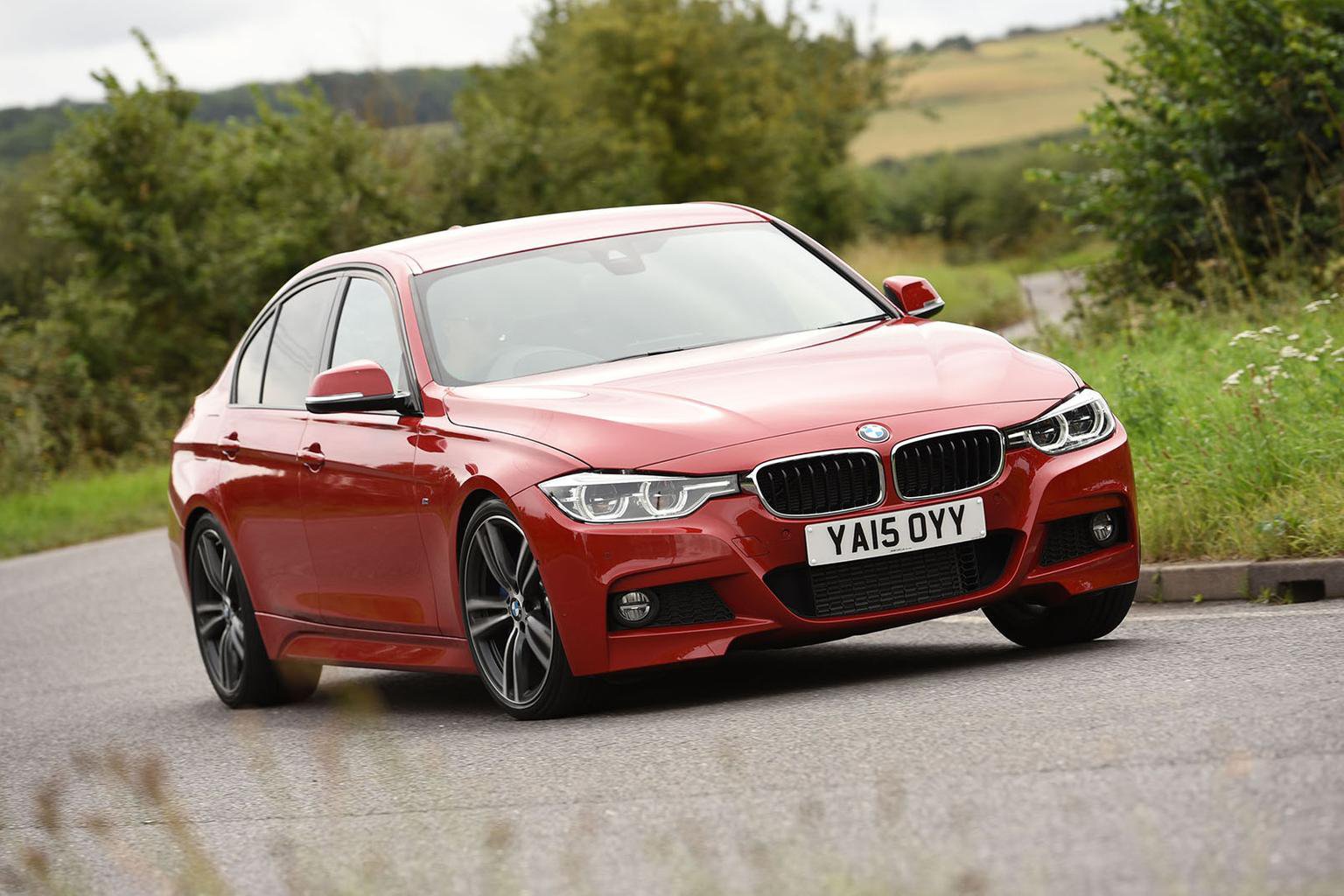 The BMW 3 Series is something of a godfather in the executive saloon class. It was one of the first of the breed, and has remained one of the most popular. Now, with new competition from the Mercedes C-Class, Jaguar XE and the forthcoming new Audi A4, it has been facelifted with subtle changes to the exterior and a smattering of material changes in the cabin. However, the engineering alterations are more significant.

The suspension has been stiffened slightly, the damper settings tweaked and the ride height dropped 10mm (on rear-wheel drive models such as this one). This, BMW claims, results in improved handling with no loss of ride comfort, whether you’ve specified the optional adaptive dampers or not.

The new 2.0-litre diesel engine brings improvements to refinement and efficiency, with emissions down to 116g/km in this M Sport model (lower-spec trims bring emissions as low as 106g/km), whether you opt for the six-speed manual or the updated eight-speed automatic.

The good news is that BMW wasn’t making it up when it claimed to have retained the outgoing car's ride comfort. Our M Sport test car came with adaptive dampers which cancel out the stiffer, standard steel springs set-up, and optional 19in wheels. They soften bumps and resist too much fidgeting over typical British road surfaces. They're particularly well settled on the motorway.

That’s not to say that this stiff car doesn’t buck and thump a bit over sharp-edged bumps, but most will consider the odd wince a fair compromise for the pointy-feeling handling you get as a trade-off. Turn in to a corner and there's immediate and precise bite as you wind on steering lock (our car had the optional servotronic set-up to increase steering weight at high speeds), even if the weighting can feel a little unpredictable mid-corner, and overly heavy in Sport mode.

Ultimately, the handling doesn’t feel drastically different from the previous model. With tight body control and deft, fingertip response even in hard cornering, this new 3 Series offers much the same winning combination of entertaining and poised handling without a bone-shaking ride.

There are more tangible improvements to the refinement, which was our biggest gripe with the pre-facelift 3 Series. Now, while the engine does grumble under heavier acceleration, it also calms down to a distant, background hum. Road noise is still a bit of an issue, although the big wheels on our M Sport car would have been part of that. Overall, however, the 320d is now roughly on a par with its nemesis, the Jaguar XE.

Where the 320d really sets itself apart from the Jaguar is in terms of performance. The 2.0-litre diesel engine has been updated for this facelift, as has the eight-speed auto, which gets a wider spread of ratios and various tweaks to improve shift smoothness and timeliness.

It makes for the best engine and gearbox in the class – smoother and with better mid-range response that’s hard to fault for power delivery or ease of modulation. It’s relaxing around town and on the motorway, and fast enough to serve up the ‘sports car light’ character that has always been a big part of the 3 Series’ appeal.

The most obvious change as you slide into the driver’s seat is the new M Sport steering wheel. With a slimmer rim, and a more modern-looking design taken from the i3, it’s a big improvement over the too-chunky wheel in the pre-facelift M Sport models, and it’s a shame you can’t have it on other trims.

Otherwise, there are a few more gloss and chrome highlights breaking up the dash, making it feel a touch more upmarket than before. However, the basic architecture is still the same. You still get the iDrive rotary controller and fixed, dash-top colour screen, a logical layout of buttons and clear dials.

Otherwise, the 3 Series remains unchanged inside. Those in the front will still be very comfortable in the broadly adjustable seats although the manual adjustment is a pain to use – particularly to change the seat height. Two adults will be fine in the back, but three will be a tight squeeze. The long boot is more than adequate for most everyday uses but is hampered by the narrow aperture necessitated by the saloon body.

Absolutely. With refinement now better, and performance from the engine and excellent automatic gearbox (which is well worth paying the £1550 extra for) hard to criticise, it absolutely ticks the essential ‘fun to drive’ box, while still being effortless over long, hard motorway miles.

It is a shame that the emissions don’t quite match those of the Jaguar XE, although the BMW’s lower list price means company car costs are still very close - £235 per month for the 320d M Sport auto compared with £231 for the Jag XE 2.0d 180 R Sport auto.

We’ll have to get them back-to-back on UK roads to make a final decision as to which is best between these two remarkably accomplished executive saloons, and we’d still hedge in a word for the BMW 520d, which may be bigger but in the scheme of this class isn’t much more money and remains our favourite executive of all. Even so, the 320d is a mightily accomplished business car, and one that won’t disappoint by any standard.