New Ford Galaxy will go on sale in the UK this summer, with prices starting from £26,445... 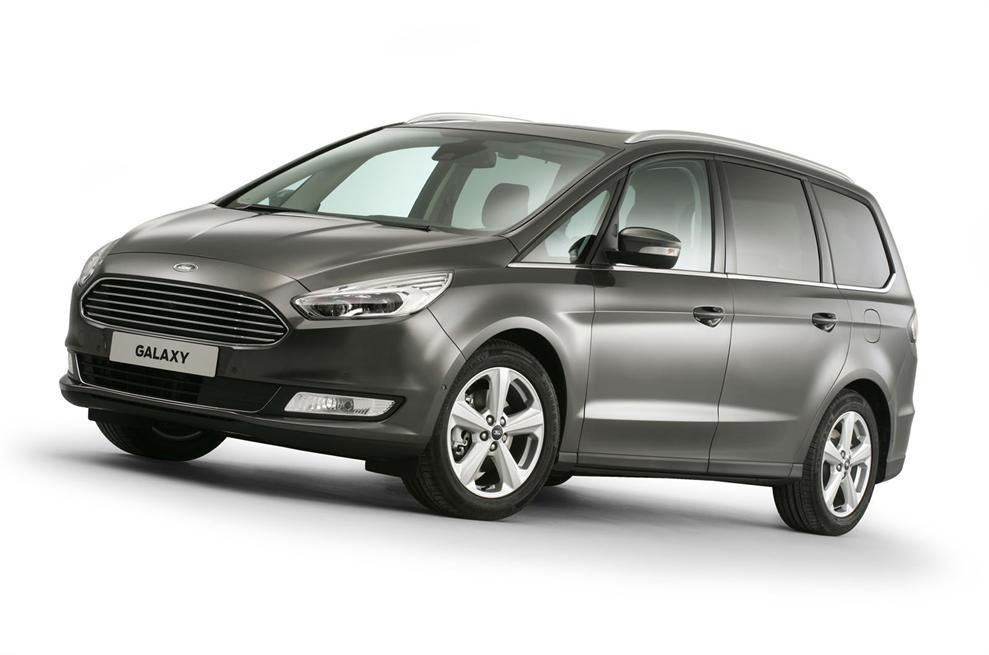 The new Ford Galaxy has been revealed and will reach the UK this summer.

What is it?
This is the all-new Ford Galaxy, the Blue Oval's seven-seat MPV. This new version gets styling cues from the smaller S-Max and Ford's family front-end styling which includes a prominent front grille and thin headlights.

The new S-Max is based on Ford's C/D platform - the same structure that already underpins the new Mondeo.

Unlike the smaller S-Max, the vast majority of the Galaxy’s sales are likely to come from fleet rather than private sales.

What engines can I choose from?
Powering the new Galaxy will be a 2.0-litre TDCi Biturbo diesel with 207bhp and 332lb ft of torque. That same engine will also be available in single-turbocharger form, and offered with 118bhp, 148bhp and 178bhp outputs.

Ford has also announced the new Galaxy will be offered with all-wheel drive. The system can send up to 100% of engine torque to either the front or rear wheels, and means the Galaxy can tow weights of up to 2000kg.

How much equipment does it come with?
Inside the cabin, Ford has replaced the older car’s traditional instrument cluster with a new 10in digital display, which can be customised.

The Galaxy’s flat load space has also been enhanced thanks to an extra 20 litres of storage found beneath the boot floor. Door bins are larger than before, while under-seat storage is also available.

The Galaxy’s suite of safety and assistance technology has been upgraded. New adaptive front lighting features alongside parking aids, a cross-traffic alert which warns drivers of obstacles when reversing, and a front split-view camera system. It also gets Ford’s Sync 2 infotainment system, and the firm’s programmable MyKey is available.

The new car also features a unique third row of seats which can be raised from the boot floor "at the touch of a button", something Ford claims is a first in the MPV segment. In addition, both the second and third row of seats can be folded flat via a button on the centre console.

How good are its rivals?
Key rivals for the new Galaxy in Europe include the Volkswagen Sharan and Seat's Alhambra. The Alhambra currently holds a five-star rating on What Car? while the Sharan gets four stars.