More for you |
Most and least reliable executive carsGeneva motor show 2020: all the star cars to watch out forOur best Target Price discountsComing soon: Audi A3 and Skoda OctaviaBest and worst hot hatches 2020
Home
News
2016 Audi A3 facelift revealed
news

An updated version of the Audi A3 hatchback has been revealed, and will go on sale in the UK in May... 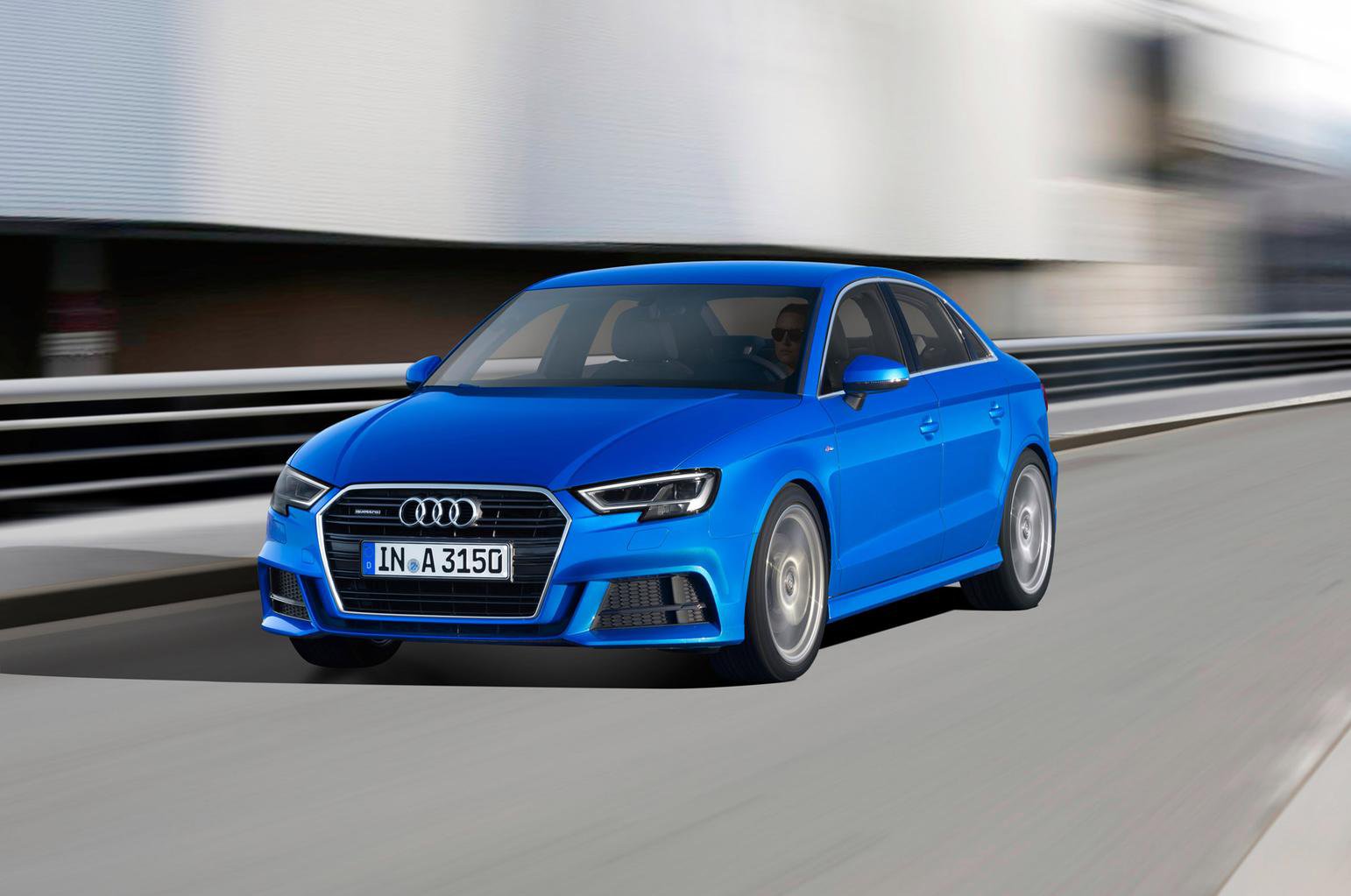 The Audi A3 is a former What Car? Car of the Year winner and remains one of our favourite hatchbacks. This facelifted version will come in three and five-door hatchback forms and also as a saloon and Cabriolet, as with today’s car.

Audi has only made mild changes to the A3’s design, fitting a new, more angular front grille, new front headlights which mimic those on the latest A4 saloon, and an updated front bumper. At the rear, there are new tail lights and a lightly modified bumper design - designed to give the A3 a wider profile.

The A3 keeps its current range of petrol and diesel engines, but also gets the option of a new 1.0-litre petrol, which produces 113bhp, as well as a larger 2.0-litre petrol with 187bhp. The performance-oriented S3 also gets more power, with its 2.0-litre turbocharged petrol engine now producing 306bhp.

As before, buyers can choose from a standard six-speed manual gearbox, or Audi’s S-tronic automatic. Selected models also get the option of quattro four-wheel drive.

To go with its styling and engine updates, Audi has also introduced new equipment lines on the facelifted A3. Most models continue to come with 16in alloy wheels as standard, but 17in, 18in and 19in wheels feature on the options list. There are also six new colours for the exterior.

Inside, the A3 receives the same optional ‘virtual cockpit’ technology which already features on the A4, TT and Q7 models, as well as elsewhere in the wider Volkswagen Group. The system replaces conventional dials with an interactive screen spanning the width of the instrument cluster, and allows drivers to see infotainment and navigation information directly within their field of vision.

The A3 also gets Audi’s latest safety systems, including lane assistance, and autonomous emergency braking with pedestrian detection. A new cross traffic function also warns drivers about traffic crossing at the rear. When bought with Audi’s adaptive cruise control, the A3 can also guide itself through traffic at speeds up to 40mph by following the cars in front.

Audi hasn’t yet revealed pricing for this facelifted A3, but we’d expect it to be slightly more expensive than the current car, which costs from £18,865.

The current Audi A3 gets a full five-star road test rating on What Car? - it’s one of the best family hatchbacks around. This latest A3 will also face some very stiff competition, as the BMW 1-Series, Mercedes-Benz A-Class and Volkswagen Golf are all key rivals. 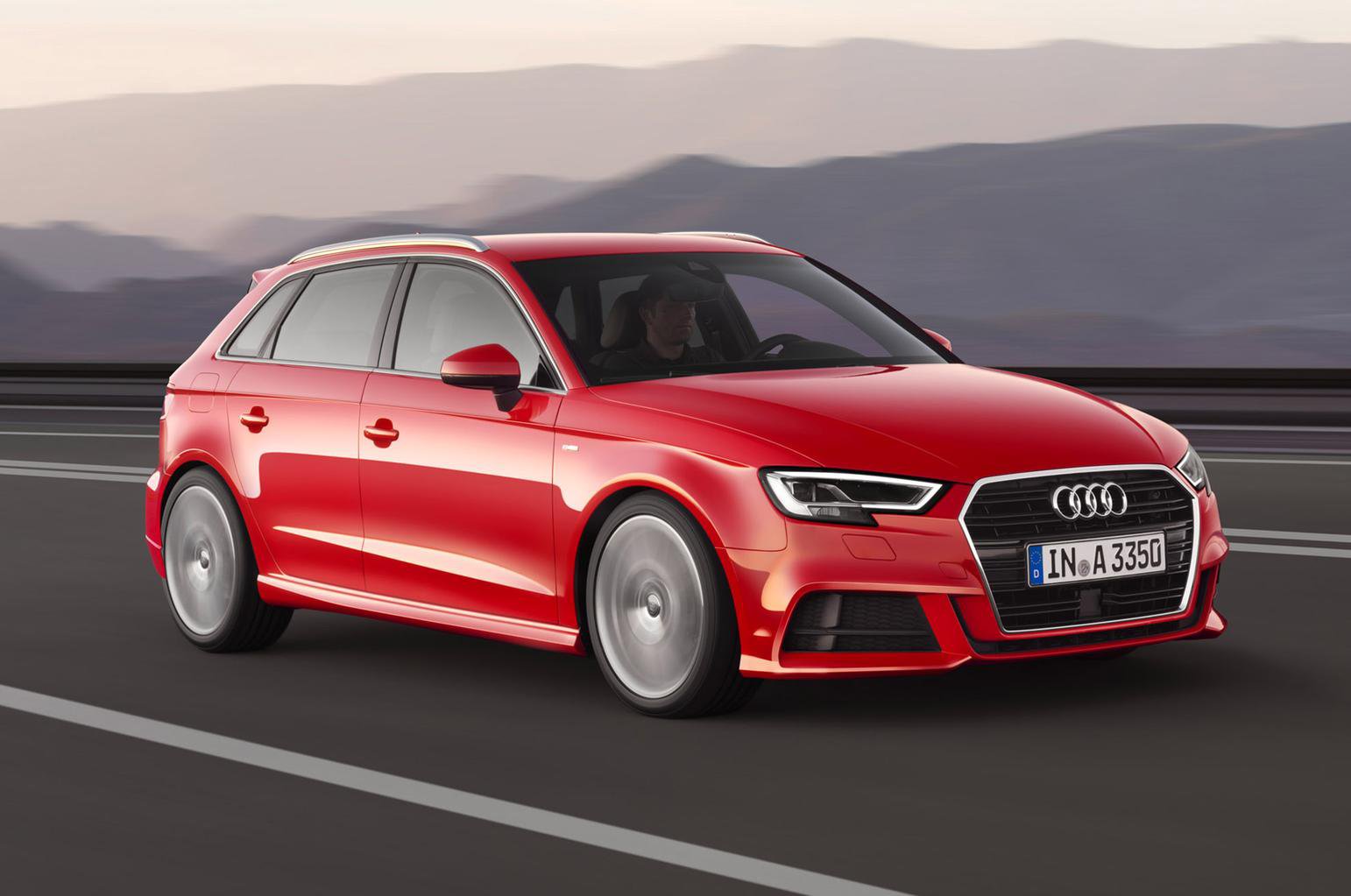 The Audi A3 is an outstanding all-rounder, although some rival...