Production version of off-road focused Volkswagen Beetle revealed, due to go on sale next year... 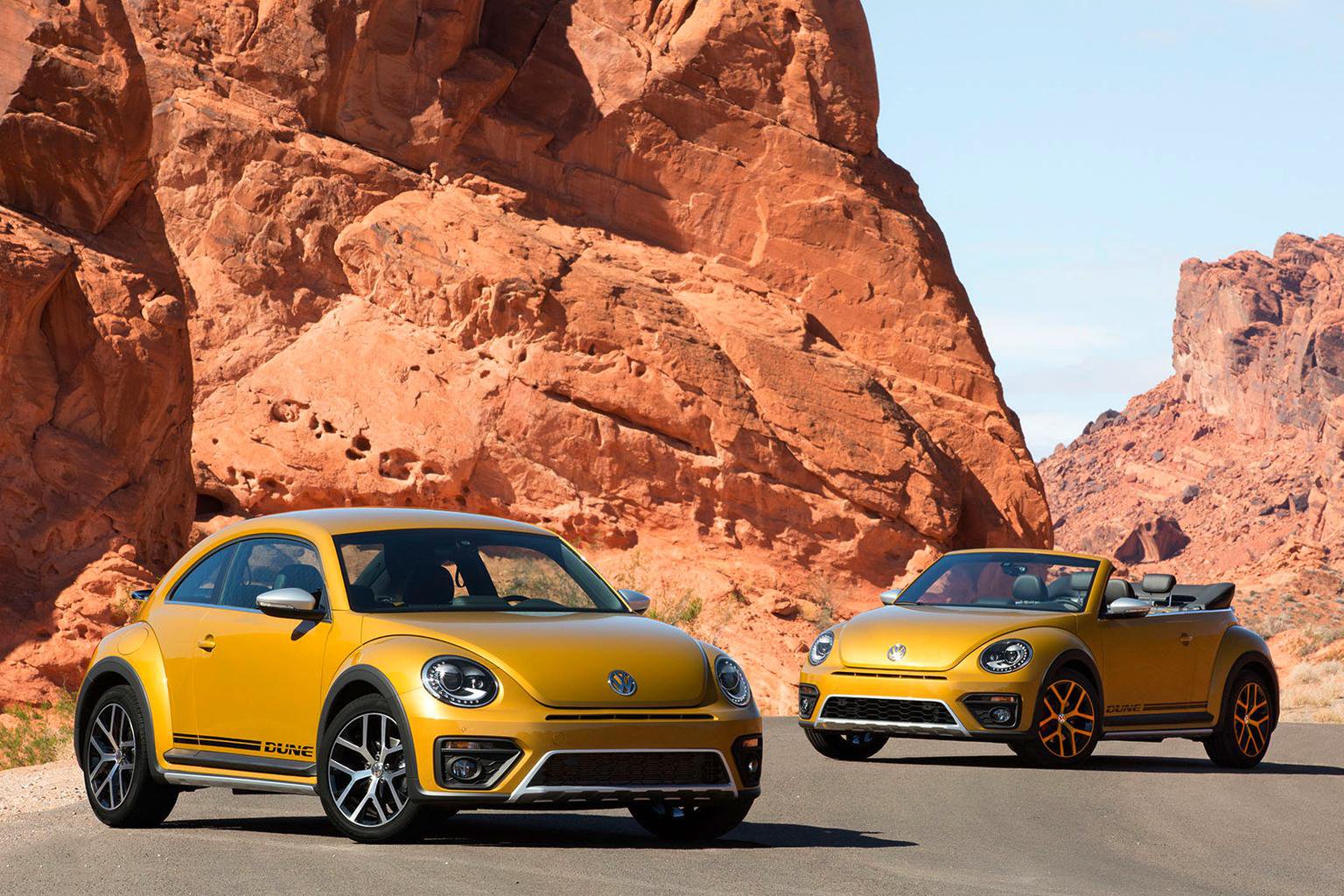 Volkswagen has revealed the definitive production version of the Beetle Dune in both coupe and cabriolet bodystyles, with the car making its debut at the LA motor show. It is set to go on sale in the UK in early 2016.

Volkswagen is hoping to give the Beetle Dune similar appeal to VW’s dedicated off-road models with more rugged looking styling, greater ride height as well as larger wheels and tyres than standard versions of the second-generation modern day Beetle.

However, despite the looks, it will be front-wheel-drive only.

The styling changes include a reworked front bumper with a prominent trapezoidal shaped central air duct, silver plastic kick plate, an additional air duct below the leading edge of the bonnet and revised indicator units and round fog lamps set within black plastic elements either side.

It also gets black plastic cladding around the wheel, more prominent sills, decals along the lower sections of the doors and rear fender panel and new 18in wheels.

At the back it gets a spoiler mounted below the rear window, unique LED tail lamp graphics and a restyled bumper that also gets a silver plastic kick plate.

The ride height is also bumped up by 10mm, providing the Dune with greater ground clearance than the standard Beetle.

Final specifications have not yet been revealed for the Beetle Dune, although it has been confirmed it will come with the choice of a six-speed manual as standard, and an optional six- or seven-speed dual clutch automatic.

The Beetle Dune will be sold in the UK with the choice of five engines. Included are 103bhp 1.2-, 148bhp 1.4- and 217bhp 2.0-litre petrol units along with 109bhp 1.6- and 148bhp 2.0-litre diesels – all carried over from the standard Beetle. Gearbox choices include standard a six-speed manual and an optional six- or seven-speed dual clutch automatic.

Pricing for the new Volkswagen is yet to be revealed, although the Beetle Dune is expected to command a premium above the standard Beetle, which starts at £16,275 in coupe form and rises to £26,345 in most comprehensively equipped cabriolet form.

Although this can’t be answered definitively until VW reveals the pricing for the Dune, the rest of the Beetle range is already available with decent discounts. Savings range between £1800 and £2900, so it is likely that there will be discounts to be had on the Dune, too.