The stylish Peugeot 5008 seven-seat SUV has just been updated so we're finding out what it's like to live with...

Why it’s here Will a large SUV cover all bases for a videographer who drives lots of miles and requires plenty of space?

Needs to be practical, comfortable on long journeys and not too expensive to keep running

As a videographer for What Car? my primary concern with any new car is practicality. I need something big, something comfy and something that's not going to cost me the Earth to run. And those were all reasons why I chose the Peugeot 5008. So, how has it fared?

The boot is absolutely huge, for one, and I was able to fit in all my suitcases and awkwardly-long bags for tripods very easily. I didn’t even need to fold the middle row of seats. 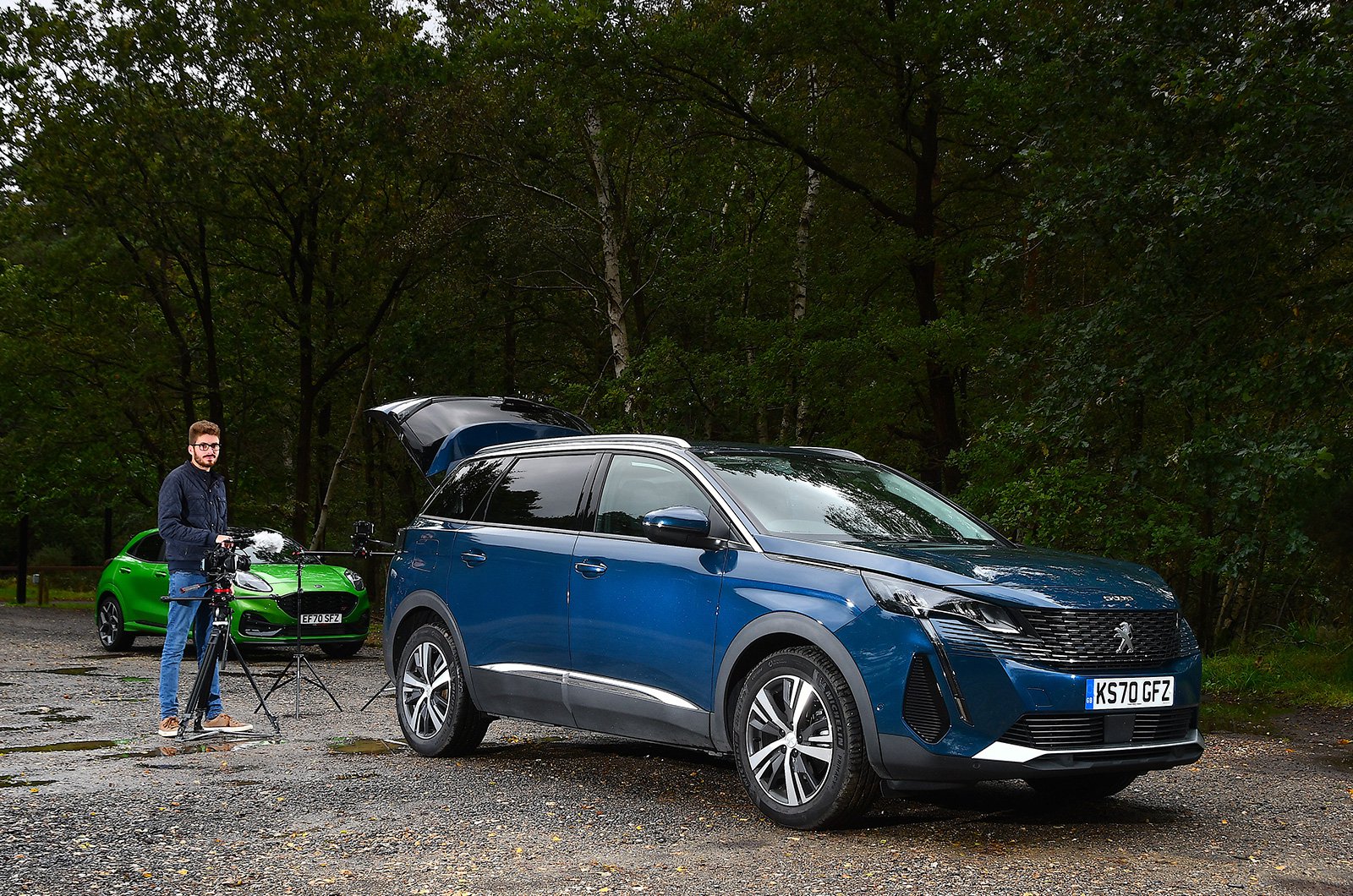 Even with a fully stuffed boot, I still had plenty of room left for shopping bags or passengers without the need to unload all my equipment. I genuinely never faced any practicality or storage issues – which is probably the biggest compliment a videographer like me could pay to any car.

My time with the 5008 has also shown me that there is so much more to this car than the space it offers. The second most important thing for me was fuel efficiency.

With it’s 1.2-litre three-cylinder petrol engine, it has an official fuel economy figure of 46.0mpg. I never actually managed to achieve that number, but my highest average got close to it, at 44.7mpg. The lowest I saw on the trip computer was 40.3mpg. For some context, our True MPG testing on the Kia Sorento – a rival seven-seat SUV with a full hybrid setup – delivered a result of 37.1mpg.

That paints the 5008 in a very good light compared with one of its closest competitors for fuel economy. It’s really impressive how an engine that seems relatively small for such a big, heavy car can be so efficient. And it absolutely wasn’t frustratingly slow, either. In fact, it was peppy in any situation. 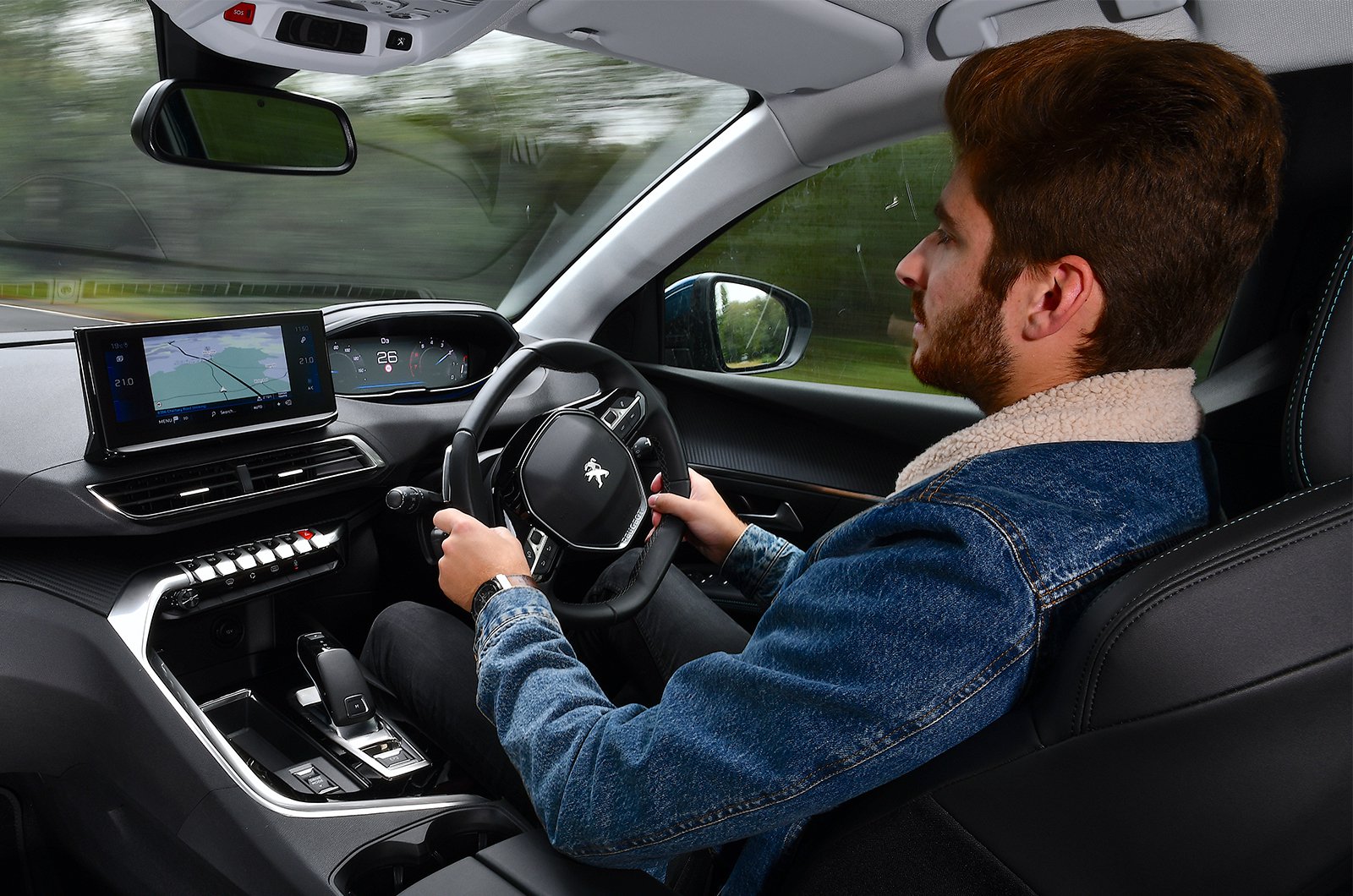 As for comfort, I loved the 5008's interior. With its relatively lofty driving position and wide, airy front space, you do feel as though you’re in a big SUV.

Peugeot’s i-Cockpit layout – which has you looking over the steering wheel at the instrument cluster, rather than through it – didn’t prove much of an issue for me, and I was able to see the driver's display comfortably. The display is clear and easy to read, although as I’ve mentioned in other reports, the fuel gauge is way too small to easily see how much petrol is left in the tank, especially when it's getting low.

The interior itself is very impressive compared with the rival Skoda Karoq or Volkswagen Tiguan – the nice design is backed up with really good materials. And it’s just more exciting and interesting than most other big SUVs inside, isn’t it?

Other than a few issues with Apple CarPlay freezing on the odd occasion, the infotainment system was fairly responsive and good to use.

My Peugeot was specced in the Allure trim – costing £32,210 – which adds the larger 10.0in touchscreen, smartbeam assistance and blind-spot detection. I was very happy with this trim option and found it had nearly everything I needed. 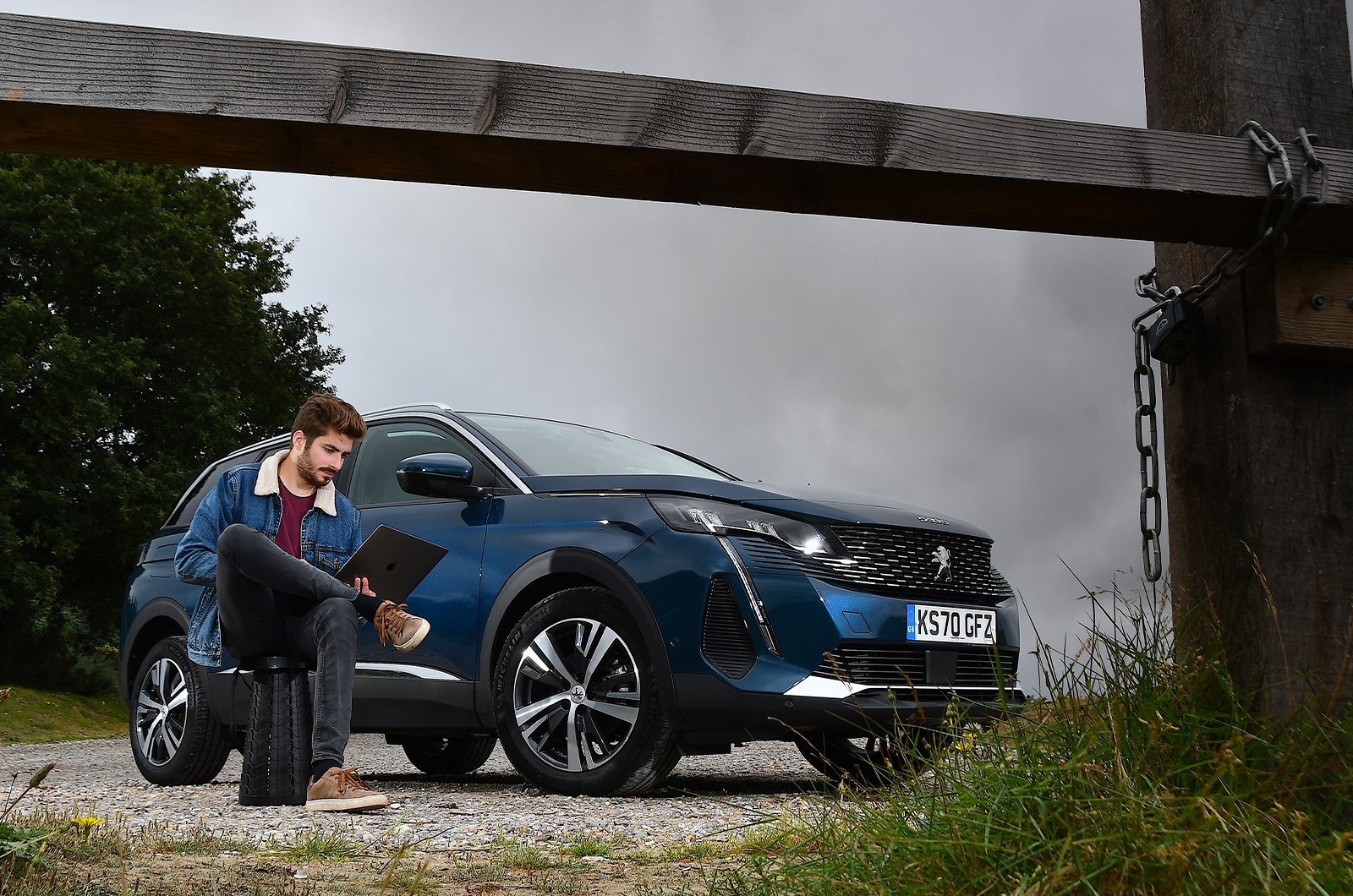 I missed the luxury of heated front seats, but the £2460 cost of moving up to GT trim so I could get them as an optional extra didn’t seem worth it to me. GT also comes with a hands-free tailgate, which I missed too. Opening the boot lid with my hands full of camera gear was tricky, but I couldn't justify the extra cost (£400). I feel Allure gave me the best value for money.

So were there any real negatives? Well, I think I’d go for a manual gearbox if I had my time with the 5008 again. I found the automatic a little jerky and it didn’t always shift as I expected. There were paddles on the steering wheel to shift gears, but they weren’t all that responsive to use.

Overall, though, my time with the 5008 has been extremely positive, and I really enjoyed the car. For anyone after a new large SUV, I can vouch that the 5008 should absolutely be on your shortlist. 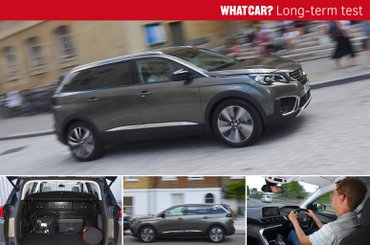 The Peugeot 5008 is not just great to drive, but also to be in, thanks to striking styling and a desirable aura inside and out.