The latest Audi TT and Volkswagen Scirocco both offer plenty of style, but which has most substance?... 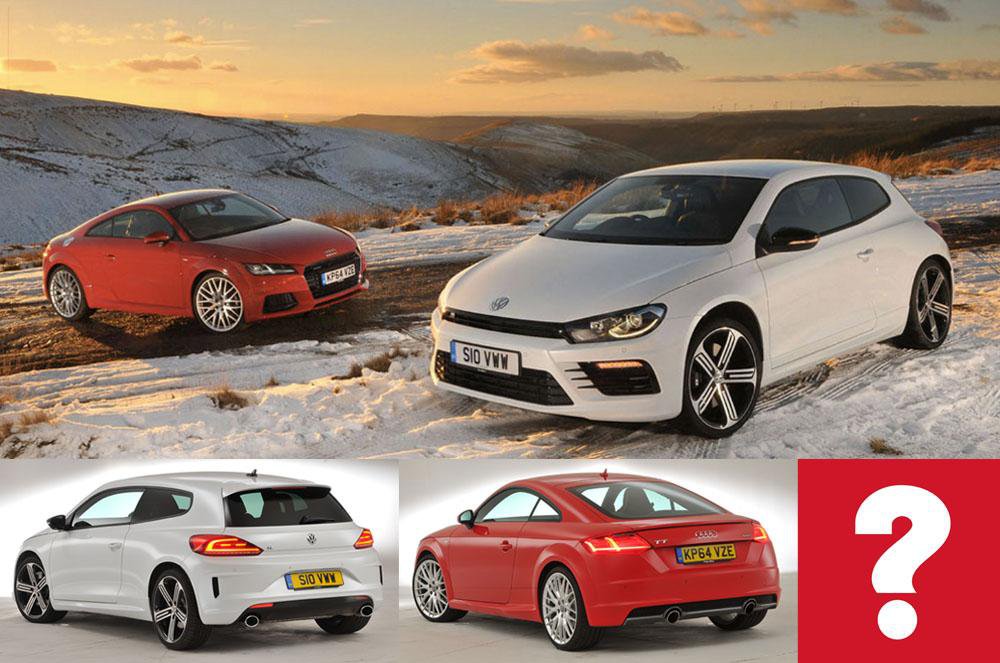 The latest generation of Audi's stylish coupé. Four-wheel drive could give it an edge

A more practical choice than the TT, and with a healthy power advantage

The coupé market is notoriously fashion-fickle. One minute you’re the focus of lenses the world over, then next you’re all a bit 'last season'. Back in 2008, people went mad for the chic new VW Scirocco, and the facts that it drove well and wasn’t too expensive to run merely enhanced its appeal.

For a while at least. Now, the ageing Scirocco has been given a nip and tuck to make it an object of desire once more. However, its nemesis is a car that has always been immune to this short-term trend; the Audi TT has sold by the boat-load, despite being fairly impractical, because buyers have always loved its looks and the way it drives. However, it's down on power in this contest. So, which car is best?

We're testing the range-topping Scirocco R, which features a turbocharged 2.0-litre petrol engine with a mighty 276bhp. And all of this is channelled through the front wheels.

The 2.0-litre turbo engine in the TT, by contrast, produces just 227bhp. However, it’s easier to use more of its power in slippery conditions, because the TT has four-wheel drive. 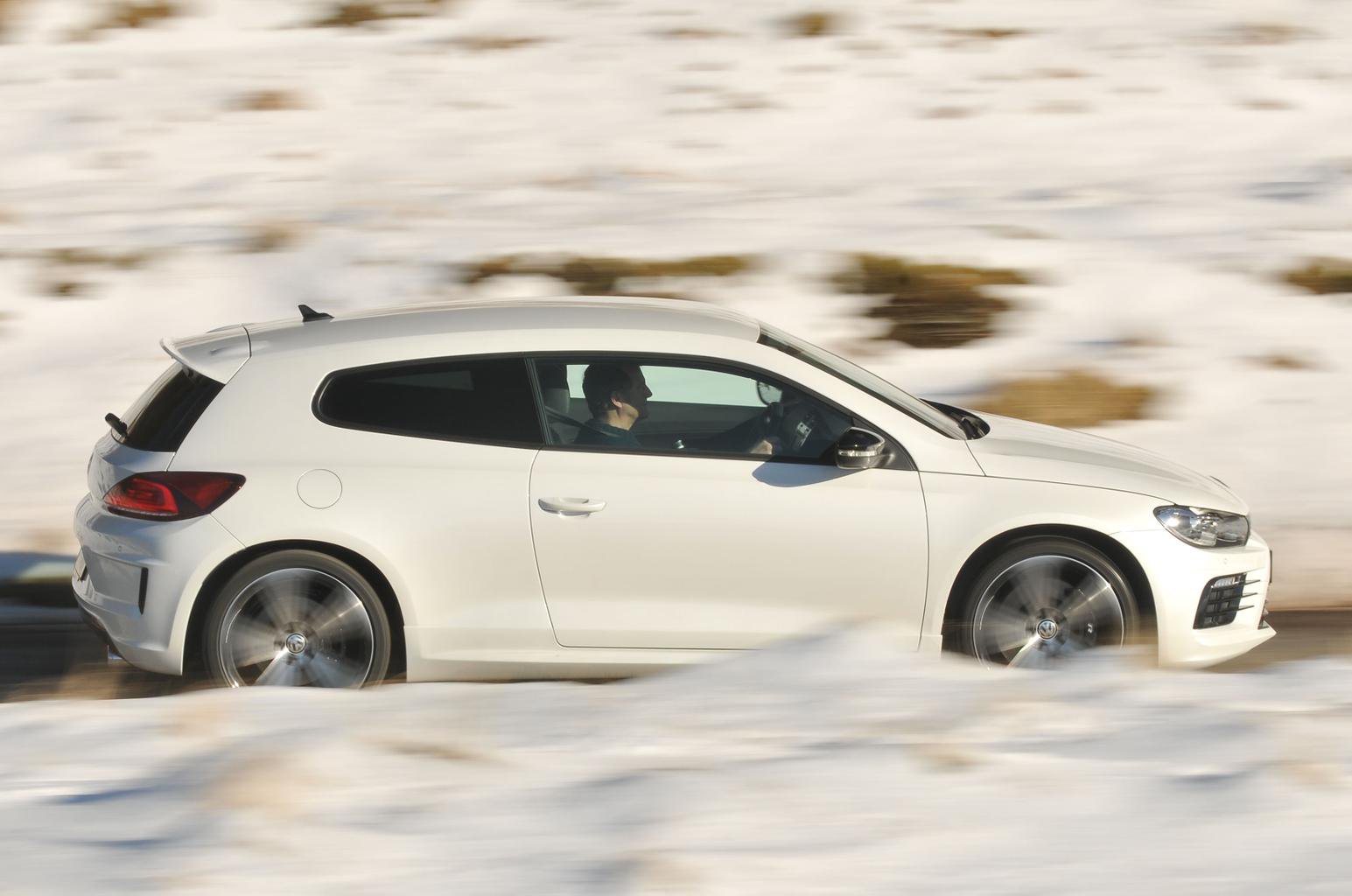 So, while there are many similarities under the bonnets, the two cars perform in very different ways. The TT’s engine is smooth and revs willingly, while the S Tronic automatic gearbox tested here snaps through changes – accompanied by a pronounced crackle from the exhaust at full throttle. The TT’s engine also produces more torque than the Scirocco’s, so it requires less gearchanges in day-to-day driving.

You have to wait longer for the Scirocco’s turbocharger to wake up, which is irritating in itself, but combine this with an automatic 'box that’s slower-witted than the one in the TT and it’s genuinely frustrating. Still, once the Scirocco has decided to get up and go it soon starts to reel the TT back in, and can sprint from 30-70mph slightly faster than its German rival.

Speed isn’t everything, however, because these cars need to be fun as well as fast. The latest TT is certainly that, because it’s both agile and engaging. The steering is light, its responses precise and quick, and there’s a vast amount of traction on offer. Couple this with excellent body control, which prevents excessive roll, and the TT feels terrific in faster corners. There’s enough feedback from the steering to ascertain what’s going on up front, too. 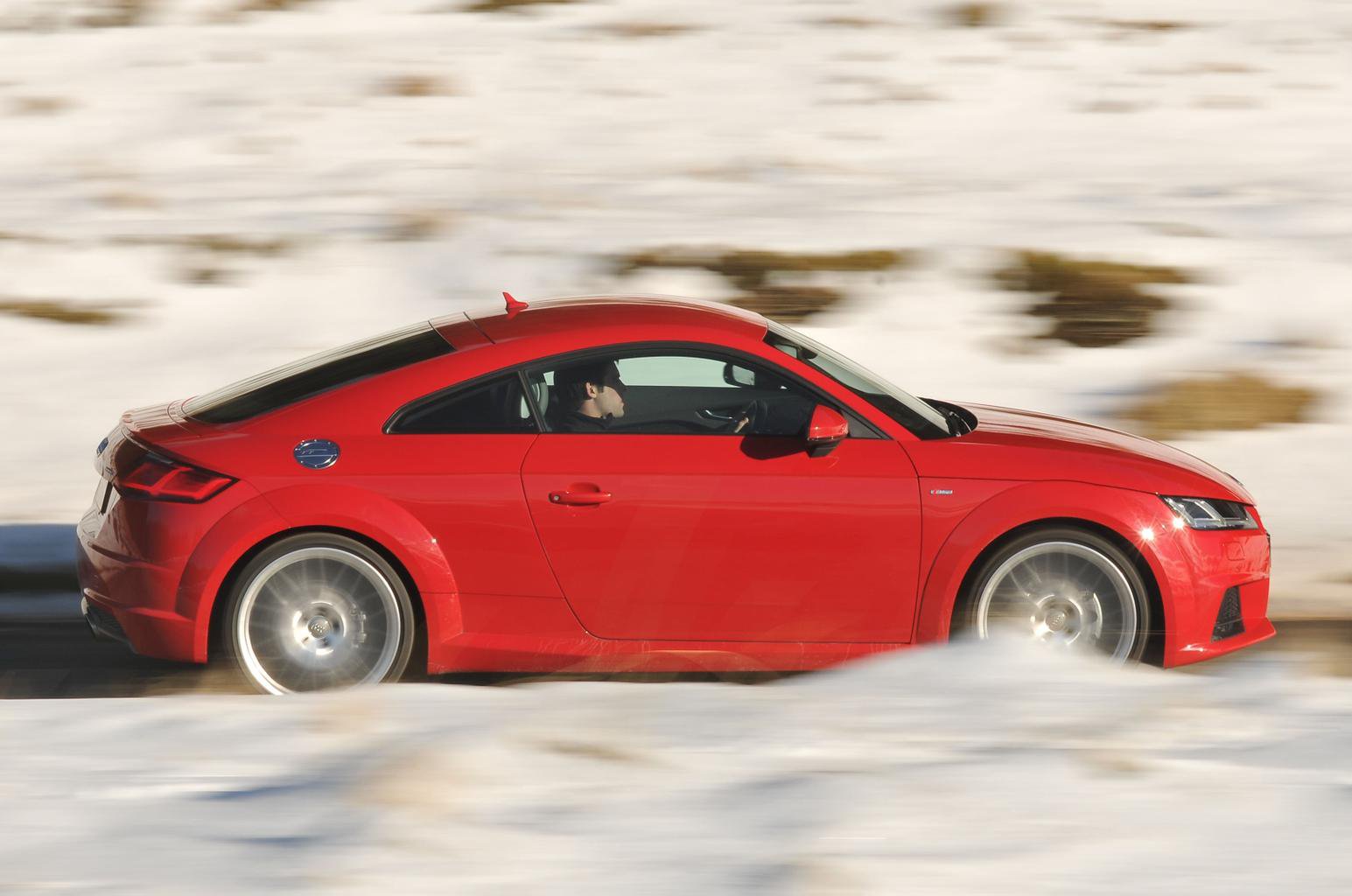 The Scirocco feels cumbersome by comparison. Its steering is leaden, the handling has a nose-heavy feel and the front wheels are often overwhelmed by the sheer power being put through them, which too often causes the traction control to interrupt play. Push hard and the Scirocco will run wide of your intended line earlier than the TT, and it doesn’t respond as well to mid-corner inputs from the driver.

On the plus side, both ride in a firm but comfortable fashion, and offer up plenty of stopping power – even if the TT’s brake pedal gives you more feedback. Wind and road noise are adequately controlled in both, too, although the Scirocco’s engine does intrude more at motorway cruising speeds.