Our Executive Car of the Year, the BMW 3 Series, faces its toughest assignment yet: everyday life. Will it prove to be a corporate titan or quickly lose its shine? We have six months to find out...

Why it’s here Having clinched the title of Executive Car of the Year at the 2019 What Car? Awards, the all-new 3 Series must now prove itself a champion in daily life

Needs to Be comfortable for long journeys and the weekday commute, offer exceptional fuel economy and function as a mobile office when needed

If you were to close your eyes and picture your perfect car, what would it look like? Something with curves and a low-slung roof, perhaps, or something with enough power to make Concorde shrivel with embarrassment? For me, the car I picture in my mind’s eye when I think of perfection is the BMW 3 Series. And not just any version, either, but my 3 Series – the car which has made my last six months of driving an utter delight.

From my previous reports you’ll already know that I love the way this 3 Series looks – to my eyes, it is the automotive equivalent of Scarlett Johansson. And while there may be any number of other Hollywood A-listers to choose from, as is the case when choosing a new executive saloon, it’s Ms. Johansson who rules this admittedly subjective roost.

Whether I was sitting in stop-start traffic on another dreary commute, or testing my bravery on Cornwall’s twisting country roads, the 3 Series never failed to make me smile. Key to that are its accurate steering, which meant I was always sure where the front wheels were pointing, and its 2.0-litre diesel engine, which proved to be both punchy and economical. And while a stint in the more powerful 330d model was fun, the price increase which went with it made me appreciate my 320d even more – it isn’t what you’d call outrageously fast, but it is plenty fast enough. 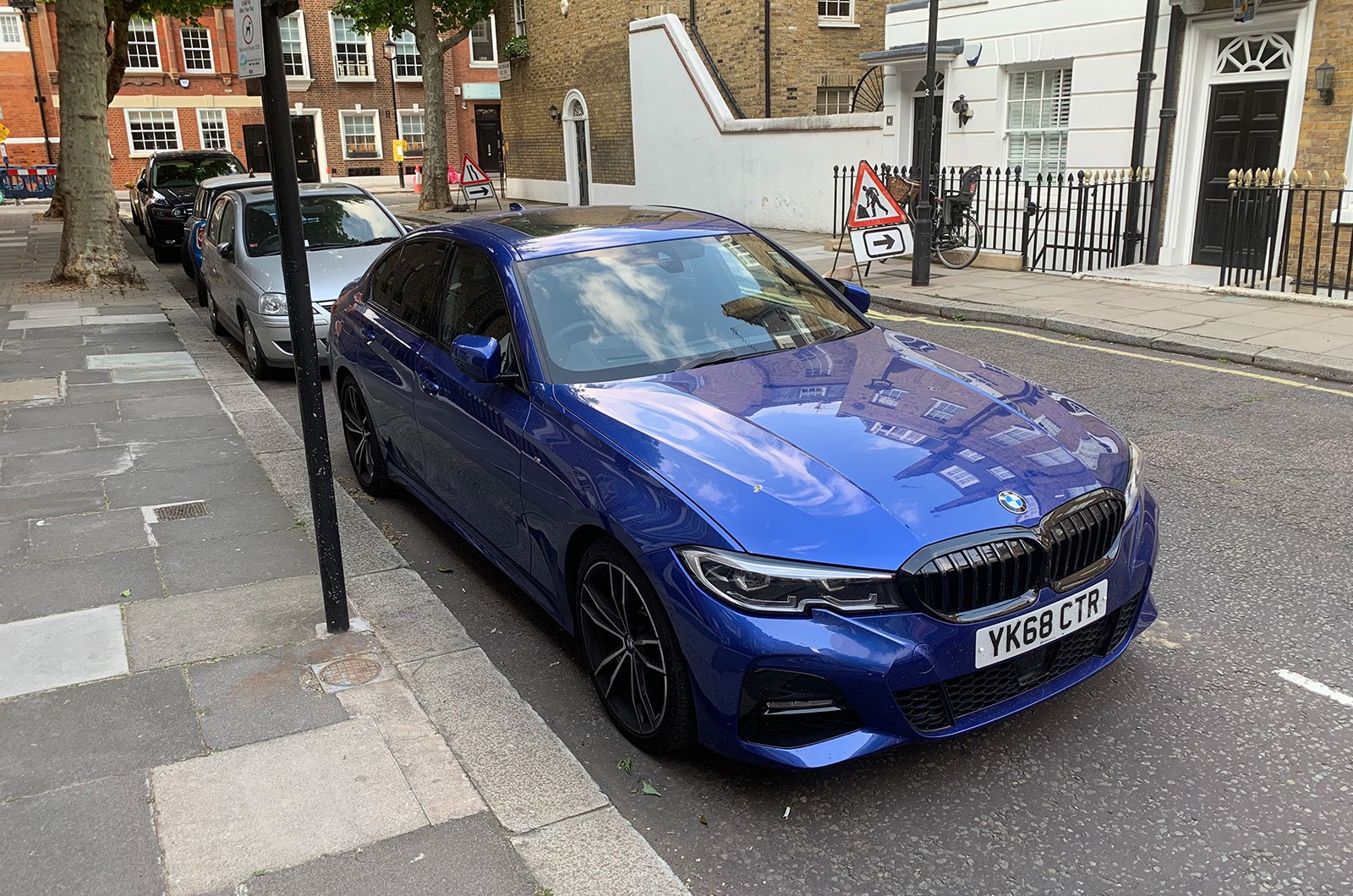 As someone who likes new technology, I was impressed with the 3 Series plethora of assistance systems, too. You may remember that I initially tried out BMW’s Reversing Assistant in an empty car park for fear of it going wrong, but with several successful hands-free tests under its belt, I subsequently used the system to get me into the tightest spaces South-West London has to offer. And the system managed each one perfectly.

I loved the digital instrument cluster, too, which did a brilliant job of putting the most relevant information right in front of me, such as the sat-nav map. In fact, between the head-up display, the digital instrument cluster and the infotainment screen, I could see my next set of directions in three separate places if I chose. The head-up display comes as part of the £1900 Technology Pack, which also brings Wi-Fi connectivity and an upgraded Harmon Kardon stereo, and it’s an option I recommend you choose. 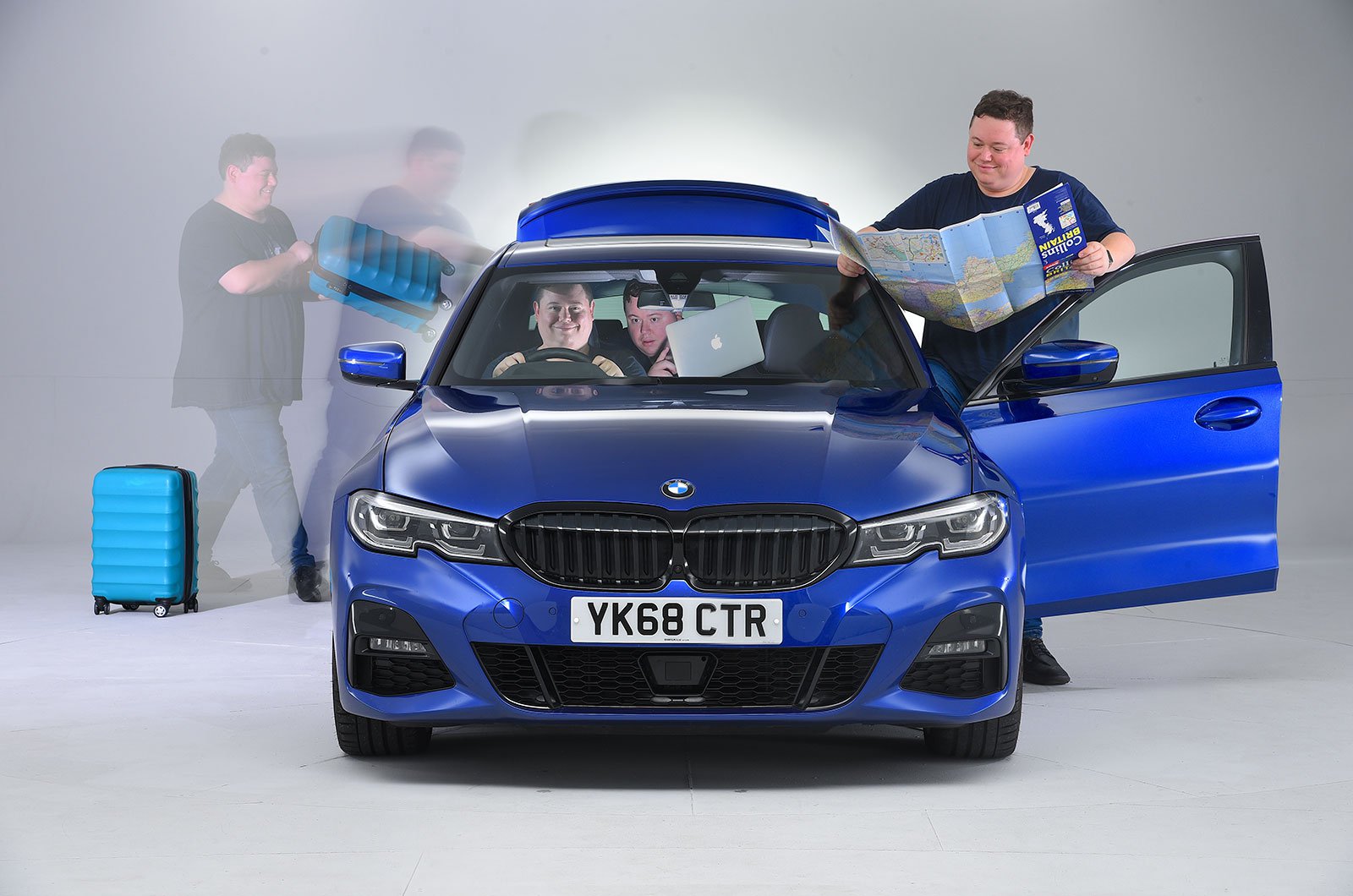 Of course, it can’t all be good news. I've already reported on the sporadic nature of the Apple CarPlay connection, since my car oscillated between accepting my phone’s connection with the agility of new-found love, and refusing to acknowledge its existence like a jilted partner. Indeed, it seemed at times that hell hath no fury like a 3 Series scorned.

At first, I thought I might be alone with this problem, but I’ve since heard from another owner and read forum posts about others having the same issue – hopefully this is something which can be fixed with a future software update.

Likewise, while I found no fault with the 3 Series’ seats, other colleagues found them conducive to backache – a problem if you’re covering big miles.

Small niggles aside, though, the BMW 3 Series was as perfect a fit for me as it’s possible to be. At the start of this test I wondered whether buyers should choose this latest 3 Series over an Audi A4 or Mercedes C-Class, or indeed any other executive saloon. Well, the answer from me is yes, absolutely. Start and end your search at the driver’s door of a 3 Series, and you won’t be disappointed, and that you can currently save £2323 on my car through What Car? New Car Buying only sweetens the deal. All in all, then, this 3 Series has passed its six-month probation with flying colours – and all that’s left to say is welcome aboard.