For those who value space and versatility above style, MPVs make great buys. We’re looking for a car that’s pleasant to drive and spend time in, as well as good value and ruthlessly practical...

WINNER: MPV of the Year

Two years ago, the Citroën Berlingo dethroned the Volkswagen Touran to become our favourite MPV, before retaining its title last year. However, the latter is now back on top – and for good reason. The Berlingo’s main advantage was a financial one, but while it remains the cheaper cash buy, it’s actually the Touran that now costs less on a PCP finance deal, despite offering seven seats to its rival’s five.

The Touran also matches the flexibility of bigger alternatives such as the Ford Galaxy, with its three middle-row seats sliding independently. And despite being a far more compact car, you can still fit adults in all three rows.

Unusually, you also get Isofix child seat fittings on all five rear seats, so the Touran is particularly good for large families with young kids. 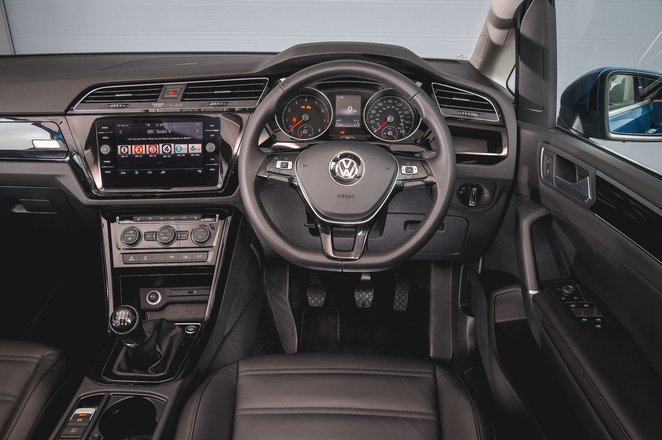 What’s more, the Touran feels much like a normal hatchback from behind the wheel, thanks to tidy handling and a supple ride. So yes, it exists to offer an abundance of functionality and space, but that doesn’t define the way it drives at all.

Add in a smart interior and a user-friendly infotainment system and the Touran is one of the best family cars out there in any class.