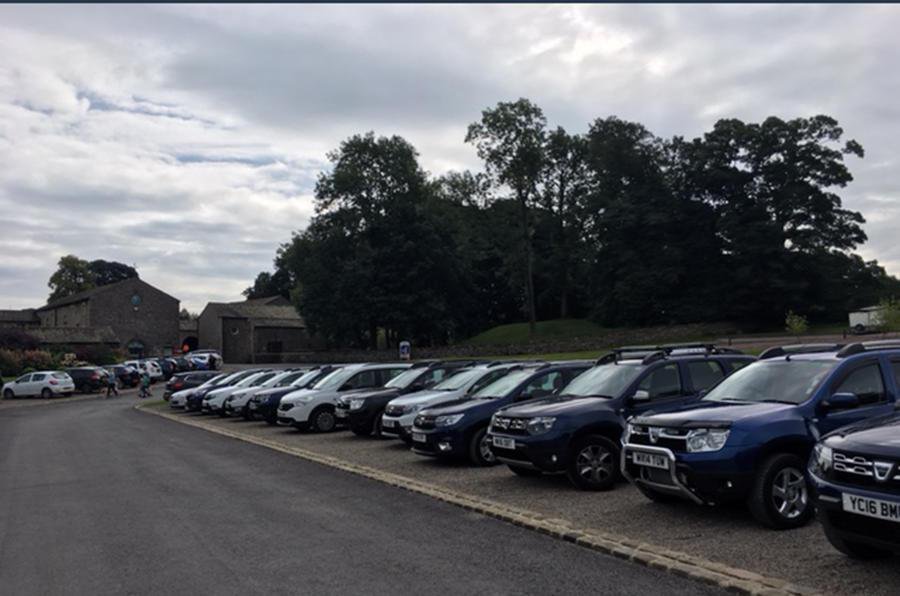 Part of Dacia’s ethos is added value. That, we have covered, and I was reminded of when I found out that the £50 height adjustment pack specified on our long-term test car has now been made standard on Ambiance trim cars like ours for free. Very good.

It seems, though, that the added value doesn’t just stop there, which I found out when an invite to the annual Dacia Day landed on my desk.

It’s not something I’d ever heard of before, but since coming into pseudo-ownership of a Dacia, I felt intrigued and almost obliged to show my face. So off to Yorkshire I went.

This year, Dacia Day was held at the Broughton Hall Estate, just south of the Yorkshire Dales National Park. Bit of a trek, but the Dacia’s polite enough motorway manner and fuel-sipping economy kept things comfortable and inexpensive, and the car was a veritable fortress when two mardy chickens attacked as I tried to get a scenic photo of the Sandero. Dacia also tells me that the event moves around the country from year to year; there’s been one in the south and one in the midlands in previous years. How thoughtful.

A heavier focus was put upon dogs this year, though; last year’s day at the Bruntingthorpe Aerodrome - no dogs allowed - caused a bit of disgruntlement among owners, so Dacia more than made up for it, with dogs being a main focus of the show. A punny ‘Most Down-to-earth Dog’ award for the dog with the shortest legs was of particular groan-worthy note.

Test drives of the full Dacia range were available, as was a 4x4 off-roading course in factory-mileage Dusters, a Genius Bar for troubleshooting, virtual reality dealership and family fun activities. Quite a lot to pack into one day, and all free to Dacia drivers, and only Dacia drivers. Bravo.

Taking advantage of what’s on offer, I took a drive in the Laureate-spec Sandero Stepway, and found it a largely identical experience to my mid-spec Ambiance, except a little better kitted and a little higher off the ground, obviously. The Ambiance really could do with the Laureate’s fuel economy readout, mind. Hint hint, Dacia.

What was most notable around the day, though, was the sense of community; speaking to a few owners, some had made “genuine, firm friends” at the events, through similar lifestyles, locations and more obviously, taste in cars. The fact that the day is invite-only and exclusively for Dacia owners makes the whole thing even more charming, and next year’s event is to be even bigger, as Dacia grows in the UK, and more owners attend on what is hoped will be a sunnier day.