The latest Ford Kuga has impressed us with its competitive pricing and tidy handling, but how will it fare as a photographer's assistant? We're finding out...

Why it’s here The plug-in hybrid version of the latest Kuga has impressed us already, but how will this mild hybrid diesel variant fare as transport for someone who frequently covers a lot of miles?

Needs to Function as a mobile office, be reliable and sure-footed across any terrain, be comfortable for long trips

When I was growing up, my parents always had the same type of cars: a practical German estate for my dad and a hot hatch for my mum. Indeed, from my childhood until the present day, they have never owned an SUV. But times change and so do tastes, so while an estate may have been the car of choice for a jobbing photographer when my parents were my age, today I think you'd be mad not to also consider a large SUV – especially when that SUV is as capable and as comfortable as my Ford Kuga.

Over the past few months, I've covered a lot of motorway miles in it and been impressed by just how much quieter it is than the Mitsubishi L200 pick-up truck that I ran previously. That was primarily a workhorse, whereas the Kuga is far more rounded. 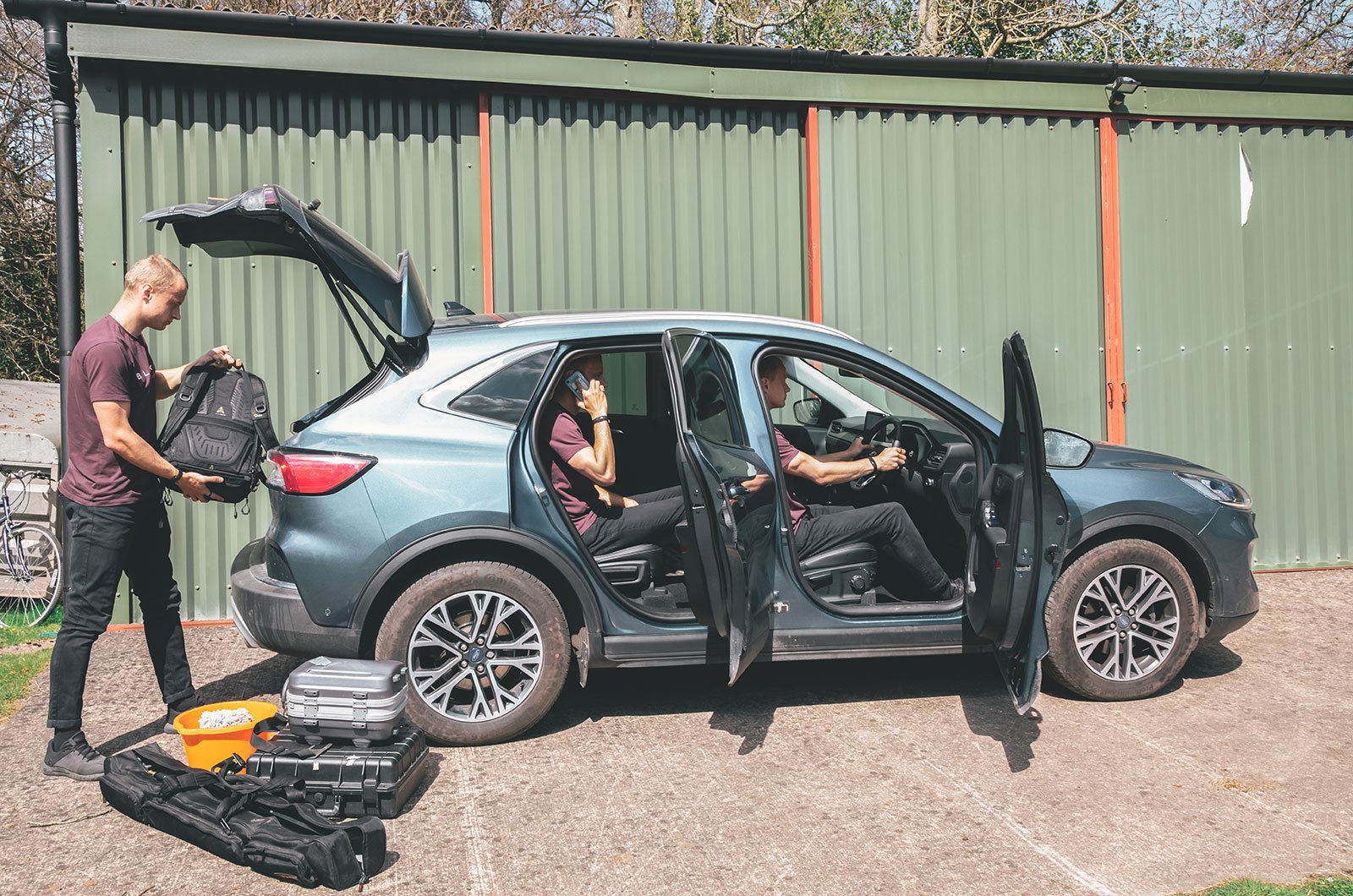 In addition to its superior refinement, the ride is so much more settled and the handling much sharper. Plus, the Kuga proved kind to my wallet, with my final average fuel economy of 56mpg only a smidge behind what the official tests say should be possible.

When travelling around town doing my weekly shop, I found the steering to be nice and light and the turning circle impressively tight, making parallel parking a lot easier than you might expect for such a large car.

Meanwhile, on the occasions when I set up my mobile office in the back and worked from the Kuga, I found the seats to be comfortable and supportive. Even with the driver’s seat set in my rather long-legged driving position, there was still a good amount of leg room for anyone sitting behind it. And thanks to the plethora of sockets and charging points in the car, I was able to keep all of my kit ready to go. 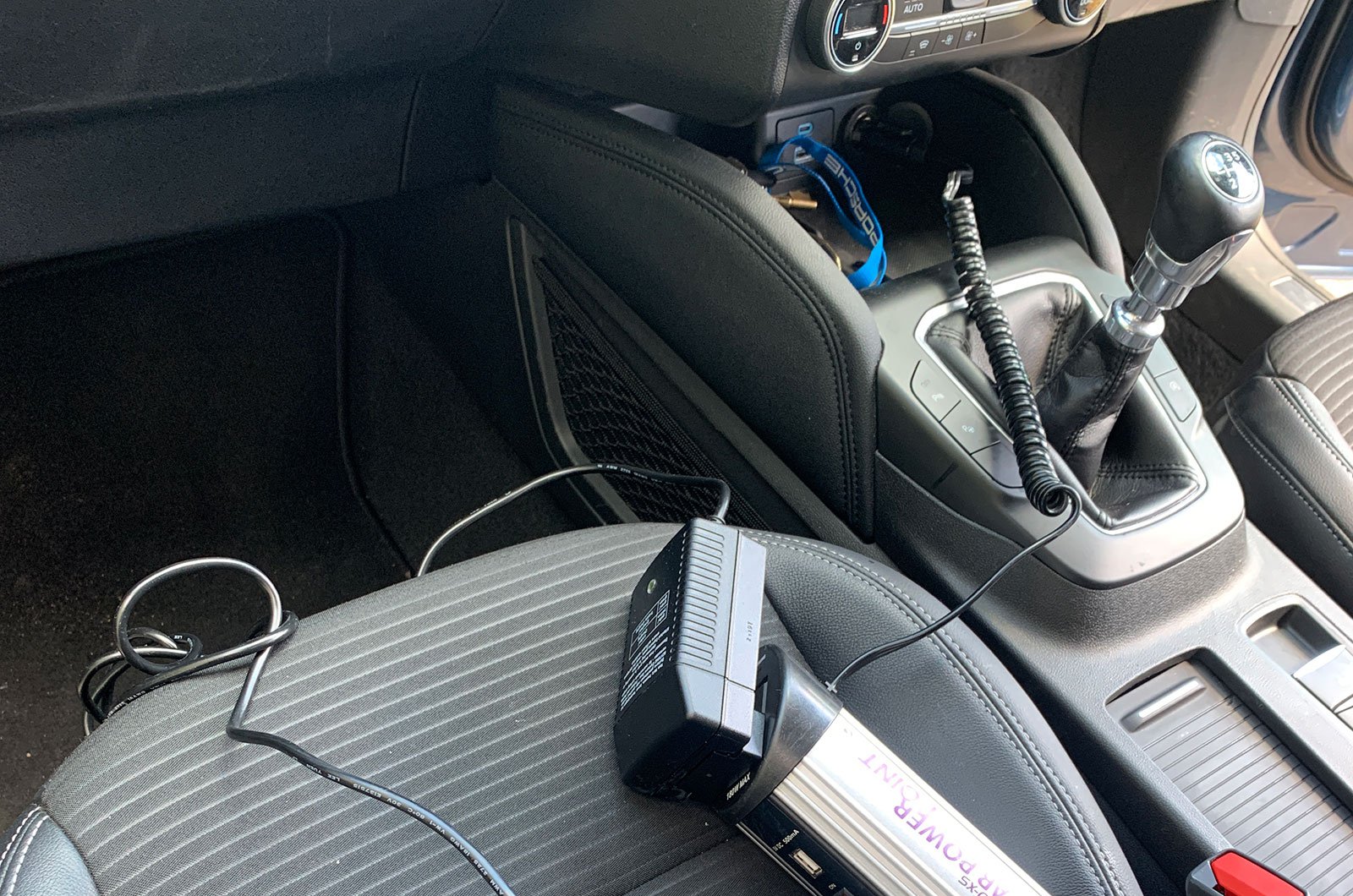 Indeed, the Kuga is well equipped full stop. The list of features my Titanium-spec car came with included adaptive cruise control, a heated windscreen, a punchy ​Bang & Olufsen stereo and keyless entry and start. It's all proven useful, even if I found the keyless locking and unlocking rather confusing for quite some time – you seem to have to hold the driver’s door in certain ways to get it to work.

My only other complaints were minor: the Kuga’s parcel shelf had a habit of falling off when I opened the boot, and while being able to charge my phone wirelessly initially felt like a bonus, I quickly realised that this functionality was rendered near-pointless by the the fact that you have to plug your phone in to use Apple CarPlay.

So, what of the boot space – something that’s seriously important in my job as a roving photographer? Well, I could just about fit all my kit back there, which is no mean feat given how much I carry. Plus, I was impressed by how easy it is to hold the rear seats down to extend the space even further. As I mentioned in an earlier report, I was able to fit a six-foot ladder in the back alongside my regular camera gear with no problems. 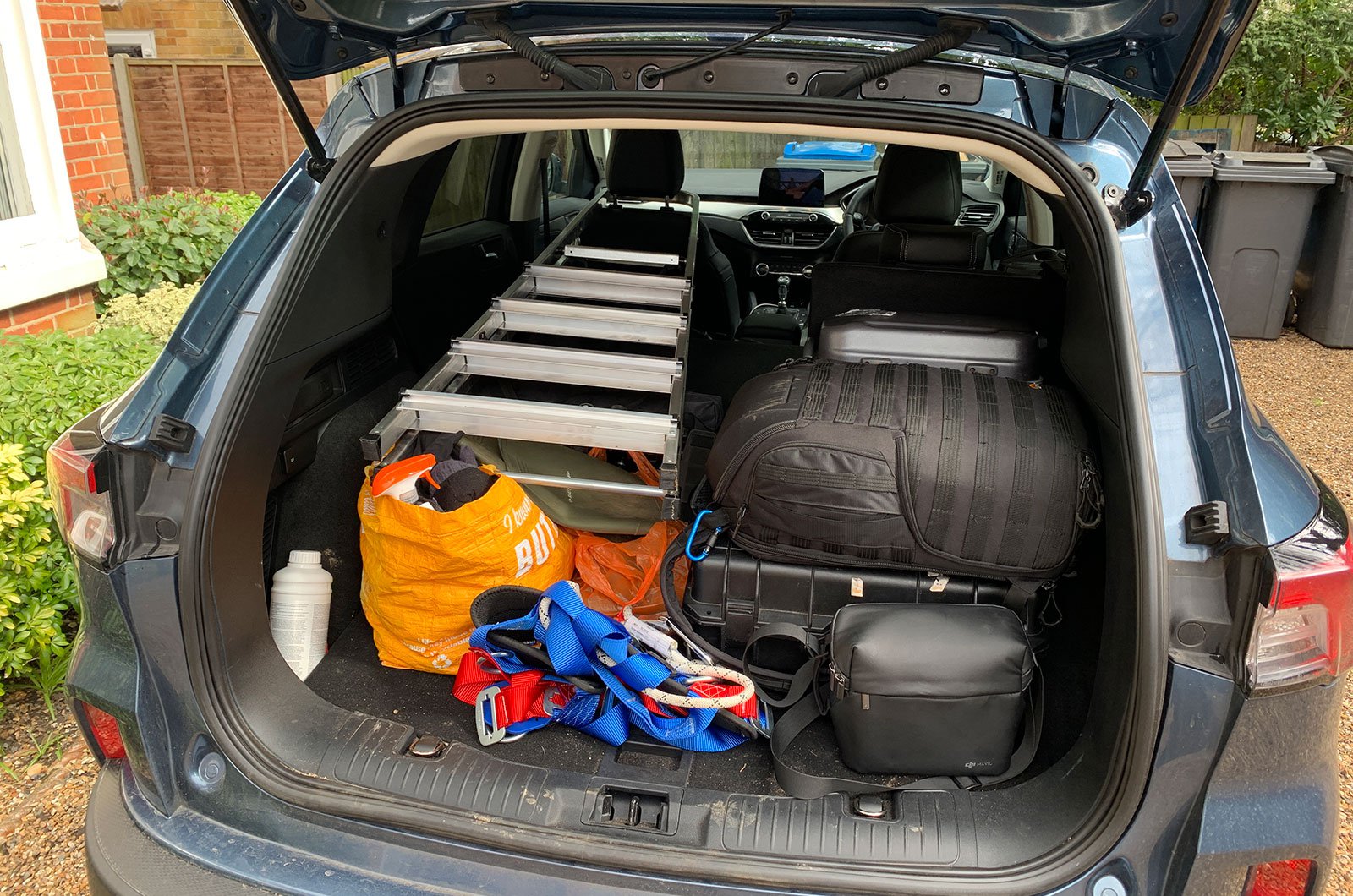 Perhaps the most significant thing about the Kuga, though, is its ability to change minds. You see, having spent time in it, my mum is now on the warpath to get an SUV of her own, and my dad is slowly coming round to the idea. If they follow through, it will be because the Kuga showed them how practical and rewarding an SUV can be. Now, if I can just get our tastes in music to align…

Folr all the latest reviews, advice and new car deals, sign up to the What Car? newsletter here

What should I do about long wait for new Ford Kuga PHEV?